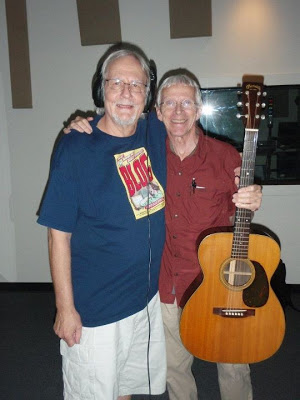 Don also worked with Pacifica Radio’s KPFT-FM (he was Donnie Jo DJ) and in Houston theater, producing and performing El Peregrino a one-man show at Houston’s Main Street and Chocolate Bayou theaters. In recent years he has devoted much of his time to performing for school children as the “Sourdough Cowboy.” Don was featured in For the Sake of the Song, the documentary film about Houston’s venerable acoustic venue, Anderson Fair, that incubated such major talent as Townes Van Zandt, Nanci Griffith, Lucinda Williams, Guy Clark, and Lyle Lovett.

Don has always been known for his unique vision and his quirky, personal songwriting style. Among his best-known songs were “Third Eye,” the “Coffee Song,” and “Heavy Word User,” in which he describes himself as a “greasy, sleazy information abuser.”

Rolling Stone called Don Sanders Houston’s “spritely local folkie,” and Lyle Lovett, then a Texas A&M student writing in the school paper, The Batallion, tagged him the “grand old man of Houston folk music.” John Wilson wrote on The Rag Blog: “Over a five year period from 1970 to 1975, Don wrote and performed a suite of songs that pretty much provided the soundtrack for that tumultuous and intensely musical period of Houston’s history.”

Many of those historic songs have been released on a new CD titled Heavy Word User which came out during the Kerrville Folk Festival. It is available at YourTexasMusic and recently was accepted by Pandora into the Music Genome Project. 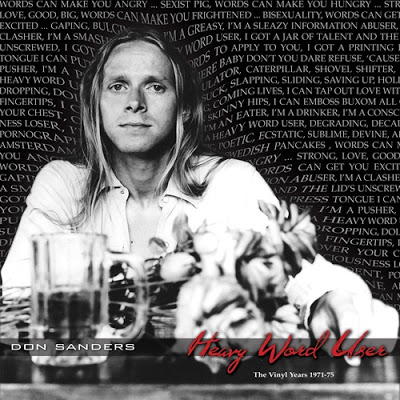