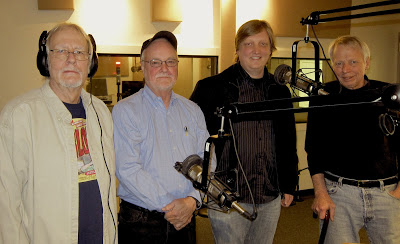 Kim Simpson, Jan Reid, and Bob Simmons discussed the history of American radio and the formatting revolution of the ’60s and ’70s on Rag Radio, Friday, January 27.

The show can be heard here:

Rag Radio, which has aired since September 2009 on KOOP 91.7-FM, a cooperatively-run all-volunteer community radio station in Austin, Texas, features hour-long in-depth interviews and discussion about issues of progressive politics, culture, and history. It is hosted by Rag Blog editor Thorne Dreyer.

Kim Simpson is the author of Early ’70s Radio: The American Format Revolution, published by Contiuum Books in 2011. Jan Reid is the editor of Bill Young’s Dead Air: The rise and demise of music radio. It was published by CreateSpace, also in 2011. Bob Simmons reviewed both books at The Rag Blog.

Both books cover roughly the same era of American radio broadcasting: the turbulent late 60’s and the decade of the 1970’s. Early ’70s Radio is more of a weighty cultural criticism full of well-researched information from those decades. Dead Air, on the other hand, is a personal memoir and first-hand tale from someone who fought in the trenches of the media war and lived.

Kim Simpson, PhD, is a cultural historian, musician, writer, and radio show host. He hosts Sunday Folkways on Austin’s KUT and The International Folk Bazaar on KOOP. His CDs include Mystery Lights: Solo Guitar (2009), The Mad Dukes Sing and Play for You (2006), and Midnight Apparitions (1996). 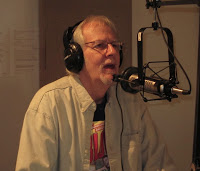 Jan Reid is an author and music historian and a writer-at-large for Texas Monthly, and his writing has also appeared in Esquire, GQ, Slate, and The New York Times — and The Rag Blog. Reid’s books include Texas Tornado: The Life and Times of Doug Sahm, The Improbable Rise of Redneck Rock (considered the definitive tale of Austin music in the 1970’s), the novel Comanche Sundown, and books about Tom DeLay and Karl Rove.

Bob Simmons was a pioneer in the “underground” format in FM radio, and has been a producer and personality at a number of legendary radio stations in places like San Francisco, Austin, and Portland, including KUT, KPFA, KSAN, KKSN, and KFAT. He has also been an oil biz entrepreneur, video maker, voice talent, construction worker, newspaper publisher, writer, and sports editor.

Simmons wrote in The Rag Blog that

Dead Air is… is the story of Bill Young’s relationship with hit radio in Texas at Houston’s KILT, Dallas’ KLIF, Waco’s WACO, etc., and the myriad of people with whom he came in contact… Young gives us a taste of what that long-gone world was like, a whiff from the inside of the glass-windowed rooms where the mics were live and the air had better not be “dead.”

In Early ’70s Radio, on the other hand, Kim Simpson

was fascinated by the genesis of the idea of “formatting”… that was in its complete infancy in the early 70’s, and Simpson thought that he could follow its development and demonstrate that a study of “hit radio formats” could provide a unique and useful means for examining and understanding the period and the culture as a whole…

On Rag Radio, the three discussed the two books — and the rich and tumultous era they covered — and placed that era in the context of the storied history of radio broadcasting.

[Thorne Dreyer,a prominent Sixties activist and underground journalist, was a founding editor of The Rag in Austin and Space City! in Houston, was on the editorial collective of Liberation News Service (LNS) in New York, and was manager of Pacifica Radio’s KPFT-FM in Houston. He now edits The Rag Blog, hosts Rag Radio, and is a director of the New Journalism Project. Read more articles by and about Thorne Dreyer on The Rag Blog.]