Rag Radio : The Occupy Movement and Activism in Austin 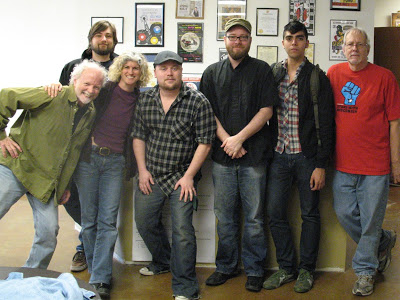 They talked about Occupy Austin, and plans for Occupy Southby — a series of events, including the Million Musicians March for Peace, a yearly Austin tradition — scheduled to occur during the massive South by Southwest music, film, and interactive festival, March 9-March 18, 2012.

Representatives of Occupy UT discussed the movement on the campus of the University of Texas at Austin, including plans for a Teach-In and other events scheduled for Thursday, March 1, on the UT campus. And the group also included representatives of the Legion Co-Op Coffeehouse, a soon-to-open worker-owned coffeehouse that grew out of the occupy movement in Austin.

Others on the program included Joe Cooper, who has been involved in Occupy Austin since the first planning meeting in September 2011, and was present almost daily during the four months of the 24/7 occupation; and Lucian Villaseñor, a student in Mexican-American Studies at the University of Texas at Austin and an intern with the Workers Defense Project, who is a primary organizer of Occupy UT.

Also, Nate Cowan, an organizer of the worker-owned Legion Co-Op Coffeehouse, who has been a peace activist since high school, where he started Youth Activists of Austin to fight military recruiting in schools, and who has worked full-time with Occupy Austin; and Brian J. Overman, a writer and video producer, who is also an Occupy Austin activist and a developer of the cooperative coffeehouse which organizers envision as both a “sustainable economic model and a safe space for local activists.”

This episode of Rag Radio was produced during the spring membership drive of KOOP 91-7-FM, Austin’s cooperatively-run community radio station; fundraising pitches, underwriting announcements, and recorded music have not been edited out of the podcast. 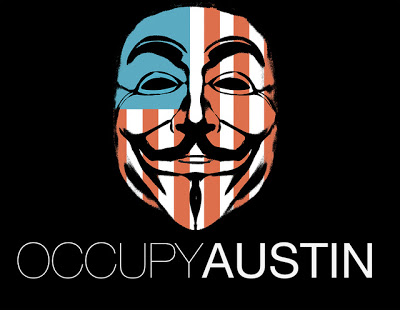