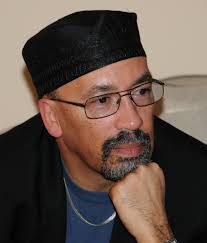 Rag Radio is a syndicated radio program produced at the studios of KOOP 91.7-FM, a cooperatively-run all-volunteer community radio station in Austin, Texas.

Listen to or download our interview with Bill Fletcher Jr. here:


Bill Fletcher Jr. is a Senior Scholar with the Institute for Policy Sudies, an editorial board member and columnist for BlackCommentator.com, and past president of TransAfrica Forum. A graduate of Harvard University, Fletcher is a longtime labor, social and economic justice, and racial justice activist and an international solidarity leader.

After graduating from college, he went to work as a welder in a shipyard and has worked for several labor unions and served as a senior staffer for the national AFL-CIO. Over the years he has been active in workplace and community struggles as well as electoral campaigns.

Fletcher is the author of “They’re Bankrupting Us” and Twenty other Myths about Unions, co-author (with Peter Agard) of The Indispensable Ally: Black Workers and the Formation of the Congress of Industrial Organizations, 1934-1941, and the co-author (with Dr. Fernando Gapasin) of Solidarity Divided: The Crisis in Organized Labor and a New Path toward Social justice.

He is a syndicated columnist and a frequent commentator on radio, television, and the Internet. Find articles by Bill Fletcher Jr. on The Rag Blog.