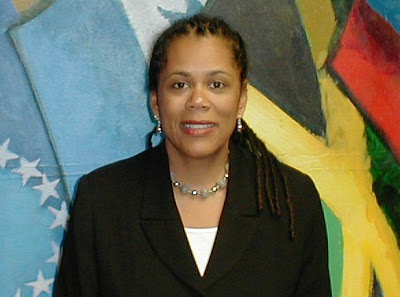 
Beth E. Richie is Director of the Institute for Research on Race and Public Policy, and Professor of African American Studies and Criminology, Law, and Justice at the University of Illinois at Chicago. Professor Richie has been an activist and an advocate in the movement to end violence against women for the past 25 years.

Her newest book is Arrested Justice: Black Women, Violence, and America’s Prison Nation. In the book, through the compelling stories of Black women who have been most affected by racism, persistent poverty, and class inequality, she shows that Black women in marginalized communities are uniquely at risk of battering, rape, sexual harassment, stalking, and incest.

Richie is also the author of “Compelled to Crime: The Gender Entrapment of Battered Black Women.”

Coming up on Rag Radio:
THIS FRIDAY, January 18, 2013: Activist and writer Lisa Fithian, and editor Mike McGuire: We Are Many: Reflections on Movement Strategy from Occupation to Liberation.
January 25, 2013: Robert Pollin, author of Back to Full Employment.