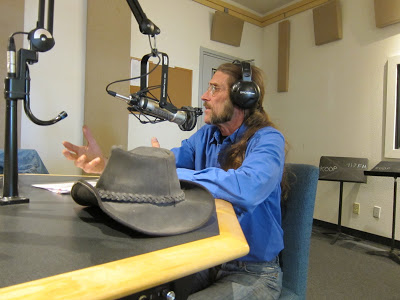 Brad Kittel, who has developed an entire philosophy around the concept of “sustainability through salvage,” builds “Tiny Texas Houses” that are as much as 99% “pure salvage.”

Some as small as 120 square feet, the houses come wired for electricity and outfitted for plumbing, and include a shower and toilet and a loft for sleeping. Kittel, who trains people to do “salvage mining,” says “we have the power to create solutions to our global problems by the simplest of choices we make each day.”

Kittel was Thorne Dreyer’s guest on Rag Radio, Friday, February 10, 2012. The interview can be heard here.

Brad Kittel set out 30 years ago from Florida “on an adventure to write the great American novel.” After a stopover in Las Vegas, “eating out of dumpsters and finding things to sell in flea markets” to buy parts to fix his converted 66-passenger school bus, he ended up in Austin, Texas, where he started buying up and restoring condemned boarded-up houses.

In East Austin, Kittel found himself “fixing up old crack houses and gang houses… I could buy a house for $7,500 dollars… but it was boarded up, they’d torn the doors off, they were turning tricks inside.” He bought and restored an old grocery store that had housed a food stamp laundering operation.

“In the process of fixing them up, I couldn’t bring myself to go plastic and aluminum and [put] all new stuff in old houses… so I started collecting pieces and parts, and I bought a warehouse,” and soon he was using old wood and windows and appliances in his work.

“Eventually what you find is that 90 percent of an old house can be reused. If the bugs haven’t eaten it, if it hasn’t rotted, if it hasn’t rusted.” And, “What you don’t use, you can sell off or barter.”

In 1997, Brad started Discovery Architectural Antiques in Gonzales, Texas, which now has over 130,000 square feet of inventory, and, utilizing that inventory, started building his “tiny houses” — which are made with “100% American-grown and -mined materials… with zero carbon footprint.”

“I’ve actually got a sub-zero carbon footprint,” Brad said on Rag Radio, “because there’s so much energy preserved… Let’s say, when you mine the ore for a tub, you smelt it, no small affair, you form it into a tub, and you have to heat it up again,” all of which requires a lot of energy. In place of new lumber from “high-density, high-carbon sap-filled trees, he uses “wood that was hundreds of years old, that was cut down in an age when we used steam, when we used human energy for the most part.”

In an essay titled “The Invisible Commodity,” Kittel wrote:

These days Salvage Builders are creating sustainable housing, which after a century of technology, turns out to be pretty simple if we keep it to a reasonable scale and reuse what we already have on hand… there are millions of bricks, tons of metals, and millions of other parts and pieces that it took to build a nation unequaled on Earth. That wealth of resources is still all around us, disguised as dilapidated worthless buildings, houses, and barns.

Most other nations will never even have what we are poised to throw away, and if they did, they would build a nation like ours out of it, not throw it away. Why trash the opportunity and resources we need to rebuild our own nation in a time of need without trashing more of the environment to fuel our recovery?

Kittel hopes his houses “will last for at least another century,” and he believes “that there are enough building materials sitting around on the ground to build much of the next generation of housing.”

“We’re just throwing it in the dump,” he said on Rag Radio. “Fifty-one percent of our landfills right now are bulding materials.”

“Sadly, we’re now realizing that there’s not a lot of ‘new’ left, and it’s time for the planet to start appreciating the old,” he added.

“We have the largest treasure trove of natural resources already carved up into the form of building materials in the world just sitting around — and it’s invisible. It’s a commodity that’s worth trillions.”

Brad said that, “We import most of what we have here because the global corporations decided it’s too expensive to employ Americans — and so we’re going overseas to build stuff that breaks every five years and ship it all the way back over here and wrap it up in plastic. It’s a senseless cycle we’re in and we know we have to break it.”

Kittel is promoting what he calls “pure salvage living,” and is organizing salvage seminars and salvage mining expeditions.

“We’re gonna show people how to dismantle, how to pull the nails, how to sort the wood, and through these seminars teach the salvage mining process. And then we’re going to have a salvage building seminar, to teach how to build three houses out of that one house,” he said.

“If you drive out in the country, you’re going to see dilapidated houses and barns and in a lot of cases, if you approach the owners, they’ll actually give them to you, or you give them $500 for the salvage rights…”

Brad admits that most people aren’t going to choose to live in a 120-square foot house, but points out that even if they build much bigger houses, and use as little as 40 percent salvage, they will be making a big difference.

One problem salvage builders face, he said, is that you can’t build with salvage lumber inside city limits because of code restrictions, which “require that all new construction be with new lumber, speed-grown lumber. [But] old lumber’s much stronger, much more durable, has a longer life ahead of it. And doesn’t suck in humidity…”

Kittel calls his construction technique “design on the fly.” “You pick out your materials, then you design around your materials,” he says. “The beauty of it is that then you get to mix media. Say you might have some arts and crafts windows, you might mix them with some diamond windows. Every single one will be a one-of-a-kind, forever.”

“I use modern insulation, blown-in foam, aluminized house wrap, actually get a radiant barrier on it. There’s new technologies I can put in, new wiring. I can set it up for AC or DC. I can weatherize the windows with weather stripping, making them air tight,” Kittel said.

“We do loft beds, but I have a new concept now that is a drop-down loft. You crank it down at night, raise it back into the rafters in daytime. We also have Murphy beds, old-fashioned stuff, trundle-beds where you pull the bed out from underneath.” 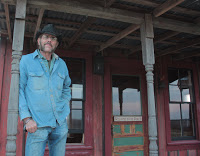 His newest design has a loft porch: “When you walk out on the second story [there’s a] growing porch, and its designed so you can put screens on it when the grasshoppers are coming through, and plastic around it so that you can greenhouse it in the winter, and 90 percent of the roof runs the water off to one side” to facilitate reuse.

And, to make the houses easy to move, “I build something that doesn’t bend, something that’s literally designed to take a beating…”

With these “tiny houses,” Kittel says, “You can cut your footprint down to 120 square feet, you cut your utility bill down to maybe $150 a year, you cut your taxes down, you cut your insurance down, your maintanence is nearly nothing.”

Kittel is also planning to build houses in “village” groupings. “I believe in the compound concept… which everyone else has done for centuries — where we have a common central house, we have a big kitchen, we don’t have redundant facilities all over… We take on acre of land and put 10 tiny houses on it.” There would be areas designed as commons, but with the small individual homes, “I can go back to my space and play Beethoven and you can go to yours and play rock and roll.”

He has “37 acres on the side of the highway [where] we’re going to set up several different villages. Like a musicians’ village, an elderly village, a village for our people that are coming down to do seminars… to show not only that we can build houses but that we can build villages — sustainable sub-zero carbon footprint villages that are not only off the grid electrically, but that are also off the grid financially.”

Kittel sees his “pure salvage living” as part of the larger movement for more sustainable living, and he also advocates establishing community resource banks and turning to a barter system. “That’s what we have to go back to,” he told us, “where we’re growing our own food, where we’re taking care of ourselves, because most of us in our [older] age group don’t want Uncle Sam and Nurse Ratched as our final caretakers. We have to figure out ways to take care of ourselves and each other.”

He believes we need to downsize our lifestyles, to “go back to a simpler living,” and that, he says, will be “a big change for Americans… while anywhere else in the world, this is the way they survive, in small groups of like-minded people helping each other out.”

“And anybody who thinks it’s how much they have when they die [that] is their legacy, they’re fooling themselves. Ultimately it’s what you did for others that’s your legacy. It’s how you loved and how you shared and how you contributed that is your legacy,” he said.

“The thing about Tiny Texas Houses is that it was a seed to plant in everyone’s imaginations… You have to have a concept, you have to believe it can happen, then you believe you can do it, then you’re on your way to making change happen.”

You can learn more about Brad Kittel’s work by visiting the Tiny Texas Houses and Pure Salvage Living websites, and his Facebook page for Tiny Texas Houses has hundreds of photos of his houses, showing how they are built and how people decorate them and live in them. 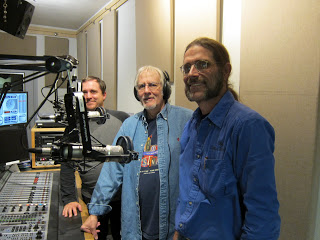