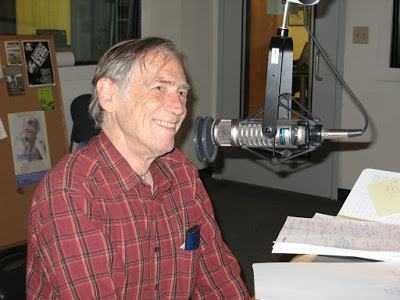 David MacBryde — a Berlin-based correspondent for The Rag Blog — offered a progressive perspective on developments in Germany and the Eurozone to the Rag Radio audience on Friday, November 9.

And on Friday, November 2, Ann Richards biographer Jan Reid shared the story of the legendary late Texas governor. He was joined on that show by radio journalist Frieda Werden, who worked with the Ann Richards-initiated Texas Women’s History Project.


and listen to our interview with Jan Reid and Frieda Werden here :
Rag Radio is a syndicated radio show produced in the studios of KOOP-FM, a cooperatively-run all-volunteer community radio station in Austin, Texas. It is broadcast live Fridays at 2 p.m. (CST) on KOOP, 91.7-FM in Austin, and streamed live on the Internet, and is rebroadcast on WFTE-FM in Mt. Cobb and Scranton, PA., on Sunday mornings at 10 (EST). 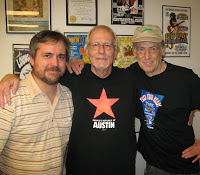 David MacBryde, a former Austin peace and justice activist, is a faith- and economics-based social activist with roots in the Quaker church. Much of his work in Germany has involved the “Swords to Plowshares” movement, especially in the work of converting military bases to peaceful civilian use, and with the anti-war American Voices Abroad in Berlin. He discussed the European Occupy Movement and economic justice and environmental activities among other topics.

MacBryde studied physics and mathematics at Yale and philosophy at the University of Texas, was a staffer at The Rag, Austin’s influential ‘60s underground newspaper, and worked with the Students for a Democratic Society (SDS) and with Austin’s Armadillo Press, an IWW union print shop. He was also a UT shuttle bus driver and worked with the drivers’ union, ATU Local 1549. David MacBryde moved to Germany in 1981.

David also reported on the October 31-November 2, 2012, conference in Ann Arbor, Michigan, honoring the 50th anniversary of the Port Huron Statement, which he attended, and discussed how the SDS concept of “participatory democracy” influenced his life and his politics. 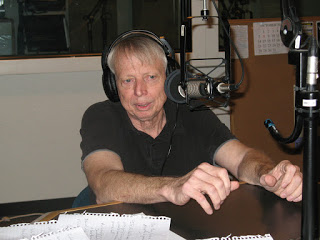 Author, journalist, and Ann Richards biographer Jan Reid, in the KOOP studios, November 2, 2012. Photo by Tracey Schulz / Rag Radio. Inset photo below, from left: Tracey Schulz and Thorne Dreyer of Rag Radio, Frieda Werden of WINGS, and author Jan Reid. Rag Radio photo.
Jan Reid, the author of Let the People In: The Life and Times of Ann Richards, is a senior writer for Texas Monthly and his writing has appeared in Esquire, GQ, Slate, and The New York Times. His other books include The Improbable Rise of Redneck Rock, The Bullet Meant for Me, Rio Grande, Texas Tornado: The Times and Music of Doug Sahm, and two award-winning novels, Deerinwater and Comanche Sundown.

When Ann Richards delivered the keynote at the 1988 Democratic National Convention (“Poor George, he can’t help it. He was born with a silver foot in his mouth”), she instantly became a media celebrity.

In 1990, Richards became the Governor of Texas. She was the first ardent feminist elected to high office in America; her progressive achievements and the force of her personality created a lasting legacy that far transcends her rise and fall as governor of Texas.

In Let the People In, Jan Reid draws on his long friendship with Ann Richards, interviews with her family and many of her closest associates, her unpublished correspondence with longtime companion Bud Shrake, and extensive research, to tell a very personal and human story of Richards’ remarkable rise to power as a liberal Democrat in a conservative Republican state.

Former President Bill Clinton wrote, “Jan Reid gives us new insight into Ann Richards, whose wit filled any room with laughter, whose candor chased away every smoke screen, whose heart was as big as Texas…”