In 30 years, we’ve gone from Ronald Reagan’s ‘trickle-down’ to the Koch Brothers’ ‘tinkle down’ economics. We are resurrecting the robber barons and imposing a plutocracy over our democracy.

Listen to or download the podcast of our September 13 interview with Jim Hightower here:

He is the New York Times best-selling author of seven books including Swim Against The Current: Even A Dead Fish Can Go With The Flow; Thieves In High Places: They’ve Stolen Our Country And It’s Time To Take It Back; If the Gods Had Meant Us To Vote They Would Have Given Us Candidates; and There’s Nothing In the Middle Of the Road But Yellow Stripes and Dead Armadillos.

Jim Hightower broadcasts daily radio commentaries that are carried on more than 150 commercial and public stations, on the web, and on Radio for Peace International. He publishes a populist political newsletter, The Hightower Lowdown, which now has more than 135,000 subscribers, is the fastest growing political publication in America, and has received both the Alternative Press Award and the Independent Press Association Award for best national newsletter. His newspaper column is distributed nationally by Creators Syndicate. 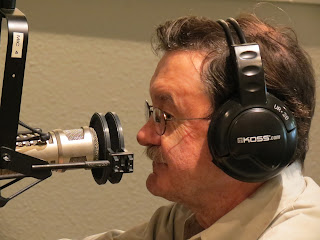 Jim Hightower told the Rag Radio audience that “we have a greater share of our wealth going to the tiniest portion of our people than any time in the last century.”

“In 30 years,” he said, “we’ve gone from Ronald Reagan’s ‘trickle-down’ to the Koch Brothers’ ‘tinkle down’ economics.” According to Jim, “We are resurrecting the robber barons and imposing a plutocracy over our democracy.”

“This is a structural change,” he says. “this isn’t a recession, this isn’t a technical glitch in the system. Thie is deliberate. We’ve enthroned the corporate powers to rewrite the rules.”

And we have a Congress “that is so ideological that they don’t care. And so many of them really don’t know regular workaday people. They’re millionaires, most of them,” he said. “You’ve got both parties that are tied to the corporate money.”

Thanks to gerrymandering and the dominance of big money in electoral politics, the politicians “rig the system so that they keep getting elected.” The Republicans, who “have voted 40 times to repeal Obamacare,” play to a “Republican tea party fringe that doesn’t represent 10 percent of the American people.”

They “ignore the real problems” like “joblessness and rampant underemployment,” and “play games with these phony political issues.”

Hightower faulted the corporate-run media. (“A reporter used to be a working stiff. They worked in rumpled clothes, went home to a working class neighborhood, drank at a bar named Joe.”)

We do have some strong progressive media, he said, citing the country’s numerous independent community radio stations, many of which air Hightower’s commentary — with special praise for Austin’s KOOP and Rag Radio — and the Texas Observer. “And we’ve got voices like Rachel Maddow and Paul Krugman,” he said. 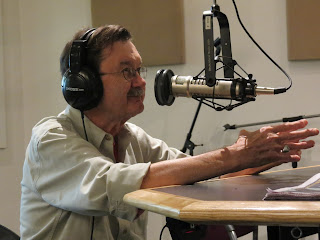 On the show, Jim talked about the recent “flapdoodle” in the Texas legislature over abortion and women’s health that drew thousands of activists to the Texas Capitol and was highlighted by State Sen. Wendy Davis’ remarkable filibuster.

“It’s about abortion,” Jim said, “but it really is about power. Mostly men, wanting to go back to ‘Father Knows Best’ years, the 1950s, before women got uppity…”

In this case, the dramatic citizen activism “defeated the Republican leadership and embarrassed them. And, quite honestly, frightened them.”

“It was a hoot,” Jim says, “to hear Rick Perry say, ‘It was a mob. Mob rule! Mob rule!’ And (Lt. Gov. David) Dewhurst saying, ‘Socialists, socialists!’ One representatives even said we had terrorists in the Capitol.”

Jim wrote about the events at the Capitol in the Hightower Lowdown: “If you’ve never seen a pack of pompous state legislators fall into a panic, you’ve missed a scene of truly uproarious low comedy.”

And then there was ”Poopgate!”

According to Hightower, Lt. Gov. Dewhurst (“he’s such a prissy guy anyway, a multi-millionaire public servant who doesn’t like the public…) got spooked by all the women in the State Capitol building.

Dewhurst “had heard that they were going to bring tampons and other ‘feminine projectiles’ into the Senate chamber, to toss down on the floor,” Jim says. So he had the state troopers search ladies’ purses at the Capitol entrances and confiscate anything resembling a tampon.

And then, as if that wasn’t enough, “Dewhurst claimed that they had also confiscated some 19 jars of feces and urine.” But, when pressed by the media, he couldn’t come up with any evidence. So the reporters asked the troopers at the Capitol gates, and they didn’t have a clue what Dewhurst was talking about. “They said, No, that they hadn’t seen any excrement — except what was in the Lt. Governor’s memo!”

“It’s just astonishing,” Jim said. “The extremism that is loose. And they seem to think that this is leadership.” But, “not only the women who were there, but just people of good will recognize that and think, maybe we can do something. Because there was such a force there that can’t be denied.”

“Throughout our history, we’ve had to do a little screaming, and confrontation, and rebelling — when the skids are greased and the system is rigged against people. Because that’s what happened that night.”

Whether or not Wendy Davis runs for governor, Hightower believes that real change is in the works for Texas politics. The long-dormant state Democratic Party is alive and kicking, he says, under the “vigorous and vibrant” leadership of new party chair Gilberto Hinojosa, who is committed to returning the party to grassroots organizing.

The Texas Democrats “got way too cozy with the lobbyists and with the money,” Jim says. “We had people sitting in the office down by the Capitol, just talking to each other.” Now the party has 20 organizers working in the field.

Concerning efforts at voter suppression, Hightower asked, “Why don’t Republicans want people to vote?” “We should make it an issue,” he said, “that these bozos are trying to keep people from voting in the United States of America!”

One issue that raises Hightower’s hackles is the proposed Trans-Pacific Partnership (a secretive and very controversial “nuclearized and supersized NAFTA” that would involve 11 nations, including China and Japan). “It’s not about free trade,” Jim Says. “It’s a corporate coup d’etat. Against us… It’s about enthroning corporate power.”

Jim says there’s strong opposition to the Trans-Pacific Partnership that’s being organized by Public Citizen’s Global Trade Watch, a “wonderful project that’s been battling these issues for years.” “We’ve defeated 10 of these kind of trade scams just in the last decade,” Jim says. “So people really will make a difference.”

“You know, Lyndon Johnson said, ‘You can’t make chicken salad out of chicken manure.’ So, the more people know about this thing, the more that they’re smelling that manure.”

Jim is also enraged about the NSA’s massive eavesdropping program. “This is not just another entity that’s poking into our personal privacy and lives… this is a comprehensive violation of at least the first and fourth amendments, and possibly the fifth and sixth as well. And a violation of the privacy laws of the United States.”

“It’s one thing to use spooks to go chase down terrorists, which we certainly want them to do, but to then decide that the entire 330 million people of the United States of America are suspects, that’s another thing altogether.”

“There are 3 billion phone calls made in the United States every day. They get them all… These are not metadata, as they call them, these are profiles. They’re little pieces of us. And they draw a picture.”

They are “using these super-supercomputers, and using this fog of fear that was generated by the powers that be, using 9-ll, to take away our core rights.”

“Snowden, to me, has done a tremendous public service by revealing all this,” Jim said.

Also read “Jim Hightower and the ‘Populist Moment’” on The Rag Blog from April 11, 2012, and listen to our earlier Rag Radio interview with Jim Hightower here.

Rag Radio is hosted and produced by Rag Blog editor Thorne Dreyer; Tracey Schulz is the show’s engineer and co-producer.

[Thorne Dreyer, a pioneering Sixties underground journalist, edits The Rag Blog, hosts Rag Radio, and is a director of the New Journalism Project. Dreyer was an editor of The Rag in Austin and Space City! in Houston, was on the editorial collective of Liberation News Service (LNS) in New York, was general manager of Pacifica’s KPFT-FM in Houston, and was a correspondent for the early Texas Monthly magazine. Dreyer can be contacted at editor@theragblog.com. Read more articles by and about Thorne Dreyer on The Rag Blog.]

Coming up on Rag Radio:
THIS FRIDAY, September 27, 2013: In their first father/daughter interview, newsman Dan Rather and Austin-based environmentalist Robin Rather.
Friday, October 4, 2013: Novelist Thomas Zigal, author of Many Rivers to Cross, set in post-Katrina New Orleans.