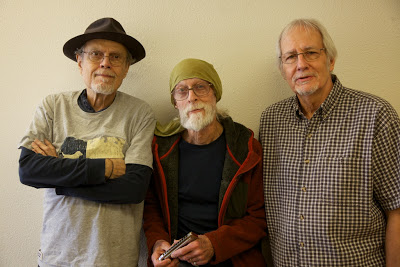 Listen to the interview, which includes live performance by Powell and Charlie, here:


Rag Radio features hour-long in-depth interviews and discussion about issues of progressive politics, culture, and history. The syndicated show is produced in the studios of KOOP-FM, Austin’s cooperatively-run all-volunteer community radio station. It is broadcast live on KOOP Fridays from 2-3 p.m. (CST) — and streamed live on the Internet — and is rebroadcast on WFTE-FM in Mt. Cobb and Scranton, PA. 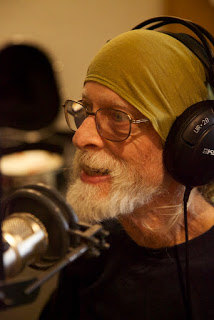 Texas Music Hall of Fame singer-songwriter and musician Powell St. John performed in Austin in the early Sixties with the Waller Creek Boys, a folk blues trio that included Janis Joplin (who later made a hit of Powell’s song, “Bye, Bye, Baby”). He founded the iconic Austin band, St. John and the Conqueroo (later just the Conqueroo), and wrote six songs for the 13th Floor Elevators’ first two albums.

In the late Sixties St. John moved to San Francisco, where he founded the country/psychedelic/blues band, Mother Earth with Tracy Nelson. Since 2006, Powell has worked with members of Roky Erickson’s former band, The Aliens, performing live shows and making annual appearances at the SXSW Music Festival. He lives in Northern California. 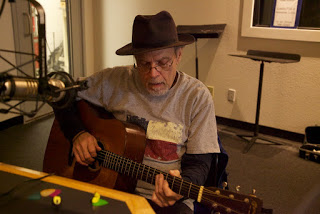 Charlie Prichard and (inset photo above) Powell St. John at KOOP studios. Photos by Alan Pogue / The Rag Blog.
Charlie Prichard grew up in San Antonio where he played in a jug band called Tom Swift and His Electric Grandmother that also featured country singer Michael Martin Murphy. Charlie played lead guitar, bass, and vocals for the Conqueroo, the legendary Austin band that fused rock with blues and other roots music — and a touch of psychedelia.

The Conqueroo were a mainstay at the Vulcan Gas Co., the historic Austin venue that predated the Armadillo World Headquarters. Charlie and the Conqueroo moved to San Francisco where he later played with Cat Mother, a band that toured with Jimi Hendrix. Charlie, who lives in Austin, has worked with artists ranging from Doug Sahm and Mance Lipscomb to Carolyn Wonderland.

Rag Radio has aired since September 2009 on KOOP 91.7-FM in Austin. Hosted and produced by Rag Blog editor and long-time alternative journalist Thorne Dreyer, a pioneer of the Sixties underground press movement, Rag Radio is broadcast every Friday from 2-3 p.m. (CDT) on KOOP, 91.7-FM in Austin, and is rebroadcast on Sundays at 10 a.m. (EDT) on WFTE, 90.3-FM in Mt. Cobb, PA, and 105.7-FM in Scranton, PA.