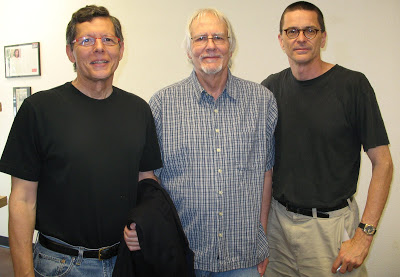 Gary Dorrien has been described by Cornel West as “the preeminent social ethicist in North America today.” On Rag Radio Dorrien discussed liberal Christian theology and the social gospel in relation to contemporary politics and progressive political movements and issues of social and economic justice.


Dorrien, a frequent speaker and commentator on programs such as Bill Moyers’ Journal, is the author of 16 books, including Economy, Difference, Empire: Social Ethics for Social Justice; Imperial Designs: Neoconservatism and the New Pax Americana; Social Ethics in the Making: Interpreting an American Tradition; and The Making of American Liberal Theology. His latest books are The Obama Question: A Progressive Perspective, and Kantian Reason and Hegelian Spirit: The Idealistic Logic of Modern Theology.

Dorrien was in Austin to speak on “Breaking the Oligarchy,” at University United Methodist Church in Austin, keynoting a weekend gathering on economic justice and faith, April 27-29, 2012.

THIS FRIDAY, May 4, 2012 on Rag Radio: Chris Mooney, author of The Republican Brain: The Science of Why They Deny Science, and Reality.