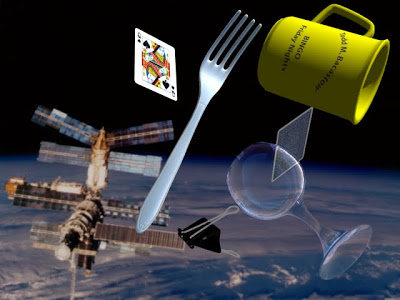 In the New York Times Online of 11 February, columnist Ross Douthat writes disapprovingly in his blog of his suspicion that Barack Obama is hellbent on terminating the U.S. “manned spaceflight” program administered by NASA. He quotes a chap named Christopher Caldwell to the effect that the “decision to abandon moon exploration has ‘decline’ written all over it.” Meaning the decline of the American empire.

Douthat bitterly adds that “the decision in question belongs to all of us, and not just to Barack Obama. The administration wouldn’t be cutting the manned spaceflight program if Americans were still enthusiastic about going to the stars — if space exploration still occupied a privileged place in our imagination, if our jocks still wanted to be astronauts and our nerds still wanted to build rockets. Obama is simply bowing to our culture’s priorities.”

I was so thrilled by this speculation that I fired off a comment on Douthat’s post. I saw the next day that my comment was #83 out of 87, and not a single reader had “recommended” it. Thus did I taste oblivion again as a sender of dispatches to America’s media paragons. And I asked myself: Is it not for such reasons as this that we freethinkers and malcontents have brave new alternatives like The Rag Blog? I offer herewith my slightly edited comment on Ross Douthat’s post that day.

A few months ago, when NASA divulged its intent to resurrect its manned lunar program, indeed to establish a permanent humanoid “colony” on the moon, I gnashed my teeth and rent my clothes. I had the same reaction to photos I saw of a dust plume rising from the spot on the moon where NASA deliberately crashed a toxic rocket, ostensibly in search of ice on the moon, i.e. water, wherewith to quench the thirst of the future colonists.

The prospect of NASA’s humanoids setting their leaden feet on Mars is equally repugnant to me. I pray to Gaia, the Greek goddess of the biosphere, that Ross Douthat is correct in his assumption that the U.S. manned spaceflight program is now in its death throes. I pray to Gaia that Russia and China don’t scramble to fill the void. I pray to Gaia that the “space tourism” enterprises of ego-maniacs like Richard Branson crash on the rocks of global economic contraction.

The launching of humanoids into space, starting with Sputnik in 1957, has always been above all a manifestation of Homo sapiens’ insatiable lust to dominate, intimidate and conquer. Likewise, most of NASA’s criminally expensive efforts in space have simply been extensions of the same American imperialist impulse that wiped out the Indians, enslaved the Africans, incinerated the Japanese at Hiroshima and Nagasaki, killed 2 million Vietnamese a couple decades later, invaded Iraq on the warpath to oil reserves, and led the way in laying waste to so much of planet Earth and its biosphere that the survival of Homo sapiens itself is now in question.

2 Responses to Ray Reece : A Luddite’s Prayer to Gaia