Reagan Didn’t Win the Cold War, the Hippies Did 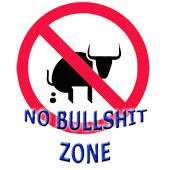 Old Myths From the Age of Idiocy (the One We’re in Now) to Be Replaced by: New Truths for the Age of Reality (the One We Hope to Enter)
by Larry Beinhart

The Great Republican Disaster, from Reagan to Bush the Lesser, has been the Time of the Unreal. (Yes, people possessed by the unreal are very much like the undead. They’re mindless, lethal, they infect others, they’re very hard to stop, and their existence is a complete surprise to people who live in the real world.)Those forces of darkness derive their power from their Great Myths.

No matter how powerful a myth is, if it is essentially false, reality has certain methods fighting back. It uses Failure, If failure fails, it moves on, through Fiasco, to Disaster.

Recently there have been signs of hope.

Yes. Hope means Obama. He speaks of reality, whether it’s about race or a gas tax holiday.

Lo and behold, people actually have heard, listened, and agreed.

Let us seize the time and create New Truths, based on Reality, to replace the Old Myths based on Bullshit.

Osama bin Laden was not a head of state or an agent of a state. He was a religion crazed gangster with a relatively small gang. His acts were crimes.

To elevate them to acts of war was to elevate him.

Worse, it created the wrong response. So wrong that he’s still out there. Proof that you can commit a mass murder against the United States and get away with it.

Only when we redefine it, will we be able to figure out a sane response to replace the current insanity.

There is no War on Terror. It was a PR ploy to invade a country that annoyed George Bush and Dick Cheney, to transfer mad amounts of money to the military-industrial complex, to win elections, and to allow George to play dress up.

Even if someone actually believed that Saddam Hussein was a dangerous man with weapons of mass destruction, the problem was solved the moment that the weapons inspectors got full access to all sites in Iraq.

At that point, going to war was like the police going into a man’s house to look for guns, then shooting him while he is sitting on the couch, because they couldn’t find them and were tired of looking.

The administration does not have a plan, the means, or the will to win in Iraq. Their only plan, their only goal, is to pass the problem on, so they can blame the next president for their failure.

Old Myth: If We Leave Iraq, Chaos Will Ensue.
New Truth: Iraq is Now in Chaos.

George Bush, and his gang, created the chaos. They applied everything they believed in — force as foreign policy, that the whole world wants to be like us, free marketeering, no government, crony appointments — to Iraq. It demonstrates the bankruptcy of their entire theology.

Old Myth: Free Markets are the Best Solution to Everything.
New Truth: Markets are Good for Cheap Consumer Goods, but Bad for Health.

Old Myth: All Regulation is Bad. Remove Regulation and the Free Markets Will Make Everything Better.
New Truth: An Economy Without Regulations is like a Baseball Game Without Umpires.

The cheaters take over and chaos ensues.

The truth is that the American economy has often thrived with high tax rates. Since WWII, it has never done as badly as it has under Bush, with the most cuts and lowest rates.

Reagan told Gorbachev, “Tear down that wall.” But Gorbachev didn’t. Reagan built up the military, but that didn’t change anything. The people who tore down the Berlin Wall did so because they wanted to wear jeans and listen to rock ‘n’ roll and say rude things about their government. Like the hippies.

There are recordings of Richard Nixon and Henry Kissinger privately admitting that the Vietnam War could not be won. Then deciding not to end it, to keep it going, so Nixon could win re-election.

This is important because after Bush leaves office someone else will have to get us out of Iraq. The myth makers will rush in to say that Bush policies could have won and his successor lost the war.

Old Myth: George Bush is the Problem.
New Truth: The entire Republican Agenda Has Been Revealed as Bankrupt.

George Bush acted out an agenda. It was enthusiastically backed by a Republican congress. And acquiesced to by Democrats like Hillary Clinton, who were terrified by the Republican’s Big Bad Myths.

The spectacle of our candidates groveling on TV over how religious they are is appalling.

“If there is one thing for which we stand in this country, it is for complete religious freedom, and it is an emphatic negation of this right to cross-examine a man on his religion before being willing to support him for office.” – Theodore Roosevelt (Republican)

Larry Beinhart is the author of Wag the Dog, The Librarian, and Fog Facts: Searching for Truth in the Land of Spin. All available at nationbooks.org. His new novel, Salvation Boulevard, will be published in September, 2008, by Nation Books.

This entry was posted in RagBlog and tagged Republican Party, The Left, U.S. Government. Bookmark the permalink.