Recession: Time to Beat Up Workers Some More

A much better case could be made that American workers are getting the crap beat out them right now, but this article is a beginning. Not only is this financial meltdown not serving up a much-deserved comeuppance to big business, all the government bailout activity may be making the assholes even more arrogant. It is time to take the nation back from the control of only the rich, and return it to the people who truly own it. 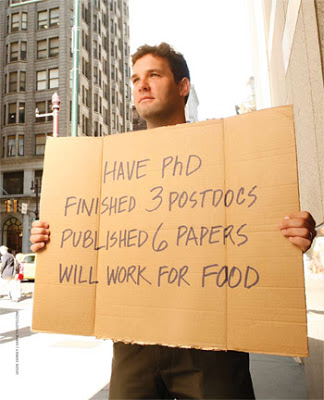 Organizing in a Recession: Using the Crash to Hit Workers
By Dave Lindorff / February 20, 2009

Whatever the truth is about where this economy is heading, one thing is clear: employers are taking every opportunity to slash employment and, if they are unionized, to hammer unions for pay cuts, even when there is no justification for these actions.

Take Safeway Inc., a large national supermarket chain. The company, which had $44 billion in sales in 2007, and which, based upon third quarter figures for 2008 was well on the way to show record sales for 2008, appears to be using the economic downturn as a justification for laying off employees and making remaining employees work harder.

I can only give anecdotal information on this, but the Genuardi’s Family Market store (a Safeway subsidiary) where I live, in Upper Dublin, PA, an upper middle-class suburb north of Philadelphia, according to its employees, has been laying off cashiers, and slashing its night work force—the people who restock the shelves and unload the delivery trucks when the store is closed. The management is doing this not because sales have slumped. They haven’t. People may not be buying new cars, but they are still buying food, and in fact, if they are cutting back on eating out, as restaurant chains are reporting, they are probably actually buying more groceries, not less. Management is making these cuts simply because they can get away with it.

The layoffs, in the face of continued heavy business, means that cashiers are working harder. It means that the night staff, cut by half, is working twice as hard. But with jobs getting scarce, what is their option? If they don’t like the speed-up, where are they going to go in the current environment? Meanwhile, if service gets worse, customers will accept the decline because they’ll blame it on the economy, not noticing that there is really no justification for employee cutbacks at the supermarket.

Temple University, which is a major public higher education institution in Philadelphia, is reportedly telling all departments to make substantial cuts in their budgets . This will inevitably lead to layoffs of faculty and support staff critical to the education mission. And yet, what is the justification for such draconian measures? The governor initially announced plans to cut the state’s contribution to the university’s annual budget for next year by a few million dollars, but the new Economic Recovery Act stimulus package includes huge grants to the states, including Pennsylvania, more than compensating for those cuts. Furthermore, state-funded universities across the country, including Temple, are reporting increased applications and enrollments, as students whose parents cannot afford to send them to private colleges, send them instead to public institutions, and as workers who lose their jobs decide that the economic downturn is a good time to go to college and get an education. That means more tuition revenues coming in. Moreover, student aid, including Pell Grants for lower-income students, have been substantially increased in the stimulus package, meaning more money for public colleges. Money might be marginally tighter at places like Temple (while, as with most public institutions, the university’s endowment is not a significant contributor to the operating budget, small as it is it is certainly significantly reduced because of the market collapse), but it’s certainly not down by enough to put universities in crisis. It may not even be down at all.

It might be understandable that state and local governments would be considering layoffs, or reduced pay and hours for public employees, given the slump in tax revenues from property taxes, sales taxes and income taxes. It is certainly necessary for the auto industry, which has seen sales plummet, to lay off workers. Luxury stores like Circuit City are going bust. But not all employers are hurting alike. Health care industries are still booming. Public colleges are doing fine. Supermarkets are doing well. Energy companies are okay.

Criticism of the nationwide wave of layoffs by companies and employers that really don’t need to beggar their workers or push them out onto the street came from an unusual quarter recently, when Steve Korman, chief executive of a privately held Philadelphia-area company called Korman Communities, blasted corporate executives for laying off workers when they don’t really need to. Korman had gotten upset when he saw Pfizer Inc.’s CEO Jeff Kinder say, on a television business program, that he planned to lay off 8000 workers in anticipation of a merger with Wyeth, another drug company. The layoffs were not being made because Pfizer was losing money or in trouble financially, but rather to improve profits. Korman, who owns stock in Pfizer, got angry and spent $16,000 to run ads in the Philadelphia Inquirer and the New York Times, saying:

I have listened to the executives of many companies say that they are eliminating thousands of jobs to ‘improve the bottom line,’ I own stock in many of these companies and would prefer that the company make a smaller profit and [that] the stock fall, in the short term, rather than affect the lives of our neighbors and their families as jobs are lost.

Please join me in reminding all CEOs that we are not just dealing with numbers and profit, but with real people and real families who need to keep their jobs.

If this phenomenon is bad enough that it has upset a prominent capitalist like Korman, it is clearly a major problem.

The irony is that as all these companies slash their workforces, and force remaining workers to work harder, and as public institutions like Temple University and other colleges cut their faculties and increase class sizes for remaining teaching staff, they are undermining any stimulus that taxpayers are subsidizing in the massive stimulus bill, and thus making the recession worse, not to mention wasting the huge deficit-spending measure itself.

Nobody would argue with a company’s laying off of workers when sales collapse and there is no money coming in, but in many cases this is not what has been happening.

One reason there is a tidal wave of layoffs even at viable businesses and institutions across the country is simply the lack of or weakness of labor unions. With workers at most employers unorganized (unions represent only some 8 percent of private employees), it is easy for managers to engender an attitude of fear and passivity among employees, which makes it easier to pick them off, and to make those on the job work ever harder. Furthermore, without labor contracts, there is little workers can do to resist speedups that can seriously threaten their health, safety and well-being.

Only a new militancy and sense of solidarity among American workers, and a revitalization of the nearly moribund labor movement, can rescue this situation, which will only get worse as the economy continues to sink.

[DAVE LINDORFF is a Philadelphia-based journalist. His latest book is “The Case for Impeachment” (St. Martin’s Press, 2006 and now available in paperback edition). His work is available at www.thiscantbehappening.net.]

This entry was posted in RagBlog and tagged Capitalism, Labor, Labor Unions. Bookmark the permalink.

3 Responses to Recession: Time to Beat Up Workers Some More