Remembering This Day Only with a Smile for Bella 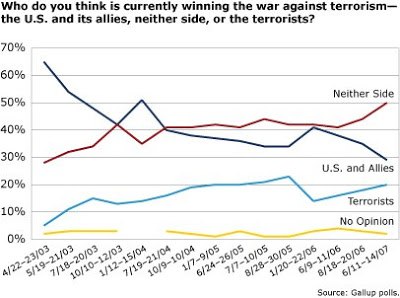 On a day when most people will be watching heart-wrenching MEMORIALS, I chose this……..
By Diane Stirling-Stevens / The Rag Blog / September 11, 2008

Today my great grand-daughter turns 1; that is the ‘good memory’ Bella has brought to this date marked on my calendar – September 11.

I was in the hospital on 9.11.01, and the nurses wouldn’t let anyone in our room turn on the television that day because they said they were having reception problems. It was a good thing I’m certain, to have ‘censored’ the tragedy from those of us who were dealing with our own injuries and illness. None of my family told me about what had happened – again, I guess they wanted to be sure I was ‘home and recovered’ before I learned about it.

Because the coverage of that terrible day went on and on each day in the news, ultimately I saw reruns, but never the entire moment-to-moment coverage that millions saw as it unfolded.

My brother-in-law was driving into New York city when it happened; his wife and mother-in-law were coming from Logan because his mother-in-law lived in Boston at the time, and was making a visit to their home in New Jersey. David saw it from the highway; he called my husband who was in the hospital lounge where I was a patient. I later learned how David had nearly veered off the road when he had the radio on and learned the plane that was suspect, had left Logan at the very time his wife and her mother were scheduled to depart.

Because the phone lines were jammed, David couldn’t get information about his wife. It was several hours before he finally got through, and learned the good news – his mother-in-law had forgotten her ticket, so they’d driven back to her home to get it. Because of her forgetfulness (she has Alzheimer’s disease), they were NOT on that plane that day. David ended up driving to Boston to pick up the two, and they rested a few days as they watched this horror and ever so glad to be spared.

A friend of mine (Norma Allende) lived not too far from the Twin Towers, so I called as soon as I was aware of the incident, and kept in touch with her throughout the months to come. Her story via e-mail was certainly book material, and I cherish the words and details she gave me that give a face to the story like no national news-cast could.

Of course the capitalistic country known as ‘America’, wasted no time in making millions and millions of dollars on not only the daily viewing via television, but in movies and documentaries that followed to the point of excess (in my opinion).

Since September 11, 2001, I’ve looked at a lot of videos; read a lot of web-sites (with a great deal of source material sent to me by my friend, Lynn), and what I see and feel is a ‘terrorist attack on our country by GWB & Company’, makes me remember this day only with a smile for Bella; a glance at her beautiful smile, and a sincere wish she’ll not face a life in this country of strife and tyranny as I am so concerned might be her future. For me, I have to remember this incident of 9.11.01 with this well-written article.

The events of the past seven years have yielded a definitive judgment on the strategy that the Bush administration conceived in the wake of 9/11 to wage its so-called Global War on Terror. That strategy has failed, massively and irrevocably. To acknowledge that failure is to confront an urgent national priority: to scrap the Bush approach in favor of a new national security strategy that is realistic and sustainable — a task that, alas, neither of the presidential candidates seems able to recognize or willing to take up.

On September 30, 2001, President Bush received from Secretary of Defense Donald Rumsfeld a memorandum outlining U.S. objectives in the War on Terror. Drafted by Rumsfeld’s chief strategist Douglas Feith, the memo declared expansively: “If the war does not significantly change the world’s political map, the U.S. will not achieve its aim.” That aim, as Feith explained in a subsequent missive to his boss, was to “transform the Middle East and the broader world of Islam generally.”

Rumsfeld and Feith were co-religionists: Along with other senior Bush administration officials, they worshipped in the Church of the Indispensable Nation, a small but intensely devout Washington-based sect formed in the immediate wake of the Cold War. Members of this church shared an exalted appreciation for the efficacy of American power, especially hard power. The strategy of transformation emerged as a direct expression of their faith.

The members of this church were also united by an equally exalted estimation of their own abilities. Lucky the nation to be blessed with such savvy and sophisticated public servants in its hour of need!

The goal of transforming the Islamic world was nothing if not bold. It implied far-reaching political, economic, social, and even cultural adjustments. At a press conference on September 18, 2001, Rumsfeld spoke bluntly of the need to “change the way that they live.” Rumsfeld didn’t specify who “they” were. He didn’t have to. His listeners understood without being told: “They” were Muslims inhabiting a vast arc of territory that stretched from Morocco in the west all the way to the Moro territories of the Southern Philippines in the east.

Yet boldly conceived action, if successfully executed, offered the prospect of solving a host of problems. Once pacified (or “liberated”), the Middle East would cease to breed or harbor anti-American terrorists. Post-9/11 fears about weapons of mass destruction falling into the hands of evil-doers could abate. Local regimes, notorious for being venal, oppressive, and inept, might finally get serious about cleaning up their acts. Liberal values, including rights for women, would flourish. A part of the world perpetually dogged by violence would enjoy a measure of stability, with stability promising not so incidentally to facilitate exploitation of the region’s oil reserves. There was even the possibility of enhancing the security of Israel. Like a powerful antibiotic, the Bush administration’s strategy of transformation promised to clean out not simply a single infection but several; or to switch metaphors, a strategy of transformation meant running the table.

When it came to implementation, the imperative of the moment was to think big. Just days after 9/11, Rumsfeld was charging his subordinates to devise a plan of action that had “three, four, five moves behind it.” By December 2001, the Pentagon had persuaded itself that the first move — into Afghanistan — had met success. The Bush administration wasted little time in pocketing its ostensible victory. Attention quickly shifted to the second move, seen by insiders as holding the key to ultimate success: Iraq.

Fix Iraq and moves three, four, and five promised to come easily. Writing in the Weekly Standard, William Kristol and Robert Kagan got it exactly right: “The president’s vision will, in the coming months, either be launched successfully in Iraq, or it will die in Iraq.”

The point cannot be emphasized too strongly: Saddam Hussein’s (nonexistent) weapons of mass destruction and his (imaginary) ties to Al Qaeda never constituted the real reason for invading Iraq — any more than the imperative of defending Russian “peacekeepers” in South Ossetia explains the Kremlin’s decision to invade Georgia.

Iraq merely offered a convenient place from which to launch a much larger and infinitely more ambitious project. “After Hussein is removed,” enthused Hudson Institute analyst Max Singer, “there will be an earthquake through the region.” Success in Iraq promised to endow the United States with hitherto unprecedented leverage. Once the United States had made an example of Saddam Hussein, as the influential neoconservative Richard Perle put it, dealing with other ne’er-do-wells would become simple: “We could deliver a short message, a two-word message: ‘You’re next.'” Faced with the prospect of sharing Saddam’s fate, Syrians, Iranians, Sudanese, and other recalcitrant regimes would see submission as the wiser course — so Perle and others believed.

Members of the administration tried to imbue this strategic vision with a softer ideological gloss. “For 60 years,” Condoleezza Rice explained to a group of students in Cairo, “my country, the United States, pursued stability at the expense of democracy in this region here in the Middle East — and we achieved neither.” No more. “Now, we are taking a different course. We are supporting the democratic aspirations of all people.” The world’s Muslims needed to know that the motives behind the U.S. incursion into Iraq and its actions elsewhere in the region were (or had, at least, suddenly become) entirely benign. Who knows? Rice may even have believed the words she spoke.

In either case — whether the strategy of transformation aimed at dominion or democratization — today, seven years after it was conceived, we can assess exactly what it has produced. The answer is clear: next to nothing, apart from squandering vast resources and exacerbating the slide toward debt and dependency that poses a greater strategic threat to the United States than Osama bin Laden ever did.

In point of fact, hardly had the Pentagon commenced its second move, its invasion of Iraq, when the entire strategy began to unravel. In Iraq, President Bush’s vision of regional transformation did die, much as Kagan and Kristol had feared. No amount of CPR credited to the so-called surge will revive it. Even if tomorrow Iraq were to achieve stability and become a responsible member of the international community, no sensible person could suggest that Operation Iraqi Freedom provides a model to apply elsewhere. Senator John McCain says that he’ll keep U.S. combat troops in Iraq for as long as it takes. Yet even he does not propose “solving” any problems posed by Syria or Iran (much less Pakistan) by employing the methods that the Bush administration used to “solve” the problem posed by Iraq. The Bush Doctrine of preventive war may remain nominally on the books. But, as a practical matter, it is defunct.

The United States will not change the world’s political map in the ways top administration officials once dreamed of. There will be no earthquake that shakes up the Middle East — unless the growing clout of Iran, Hezbollah, and Hamas in recent years qualifies as that earthquake. Given the Pentagon’s existing commitments, there will be no threats of “you’re next” either — at least none that will worry our adversaries, as the Russians have neatly demonstrated. Nor will there be a wave of democratic reform — even Rice has ceased her prattling on that score. Islam will remain stubbornly resistant to change, except on terms of its own choosing. We will not change the way “they” live.

In a book that he co-authored during the run-up to the invasion, Kristol confidently declared, “The mission begins in Baghdad, but it does not end there.” In fact, the Bush administration’s strategy of transformation has ended. It has failed miserably. The sooner we face up to that failure, the sooner we can get about repairing the damage.

Andrew J. Bacevich is professor of history and international relations at Boston University. His bestselling new book is The Limits of Power: The End of American Exceptionalism.

This entry was posted in Rag Bloggers and tagged 9/11, War on Terror. Bookmark the permalink.