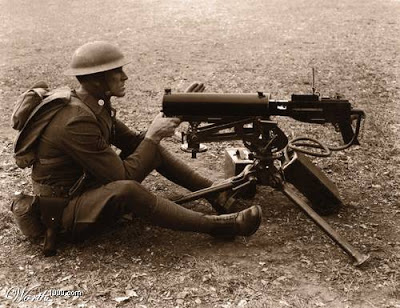 VA Gets 55,000 Plus Suicide Calls: A Suicide Hotline Is Turning Into A Life Line For Veterans In Crisis
By Pia Malbran / July 28, 2008

More than 55,000 people – including about 22,000 who identified themselves as veterans – have called the Department of Veterans Affairs’ suicide hotline during its first year in operation and CBS News has learned that many of the calls, in recent months, have come from the mid to south central part of the country.

According to the VA’s own count, during a three month time period between March and May of this year, the regions where the highest number of calls originated include the states of Texas, Tennessee, Illinois and Florida among other surrounding areas. (California and Florida have the nation’s largest veteran populations.)

Other data, obtained by CBS News, shows that during the first six months of the hotline’s operation, the state of Texas had more callers than any other state with 2,102 out of 21,439 calls. California came in second with 2,088 calls, then Florida (1,250 calls) and Massachusetts (1,051 calls.)

Calls to the VA’s hotline more than doubled this calendar year going from a total of about 21,000 in January to more than 55,000 by the end of June, averaging about 250 calls a day.

Out of 55,469 calls that the VA’s suicide hotline has received in the last year, 22,044 callers identify themselves as veterans. Callers can remain anonymous if they choose. About 3,000 (2,966) identified themselves as a family member or friend of a vet. Six hundred (621) said they were on active-duty. The VA rescued 1,221 callers with emergency responders while 2,911 received help in what the VA calls a “warm transfer.” More than 4,500 (4,592) callers were referred to a VA suicide prevention coordinator in their local area. The VA says they don’t know of any individuals who committed suicide after using the 1-800-number. A spokesperson for the VA told CBS News that “there are none that we are aware of that have occurred when they called the hotline.”

Janet Kemp, the VA coordinator in charge of the hotline, told The Associated Press (AP) that the hotline is geared prevent deaths and help vets who may not get the help they need in time. “They have indicated to us that they are in extreme danger, either they have guns in their hand or they’re standing on a bridge, or they’ve already swallowed pills,” Kemp said, according to the AP.

The VA launched its suicide prevention hotline last July. It teamed up with the government’s mental health agency, the Substance Abuse and Mental Health Services Administration (SAMHA), which had a pre-exiting 24-hour, toll-free number that had been around since 2005. The VA created an option on that national hotline dedicated specifically for those who have served in the military.

When veterans, their family members or friends call 1-800-273-TALK (8255), a voice recorder instructs them to press “1” to reach the VA hotline. The calls are then routed to a call center in Canandaigua, New York where mental health professionals, who work with the VA, answer phones.

A recent RAND Corporation study found that nearly 20 percent, or about 300,000 veterans out of the approximately 1.64 million who served in Iraq and Afghanistan, currently suffer from major depression or post traumatic stress disorder. A news report last November by CBS News Chief Investigative Correspondent Armen Keteyian discovered that in 2005 more than 6,200 veterans had committed suicide at a rate twice that of non-veterans. A series of internal VA emails, which were exposed earlier this year, confirmed CBS’ findings as well as revealed that about 1,000 vets seeking care from the VA attempt suicide every month for a total of about 12,000 a year.

The VA is making several efforts to improve the hotline. The agency just started a three-month pilot project to test several public service announcements in Washington, D.C. advertising the 1-800-number. They created a television PSA featuring actor Gary Sinise who famously portrayed a disabled veteran in the 1994 movie Forrest Gump. If the ads go well in the D.C. area, the VA will then consider advertising in other states across the country.

“The need for this is clear, and I hope this program will be taken nationwide soon,” said Congressman Harry Mitchell, a democrat from Arizona, who was instrumental in pushing the VA to beef up its suicide outreach. “We can’t just wait for veterans to come to us, we need to bring the VA to our veterans,” he added.

The VA also told The Associated Press that there is a plan to hire 212 more people to answer phones and, according to the AP, counselors can quickly match callers with their medical records and then connect them directly with local VA hospitals for follow-up and care.

This entry was posted in RagBlog and tagged Military, Suicide. Bookmark the permalink.