Richard D. Jehn : Moving Through the End of Growth 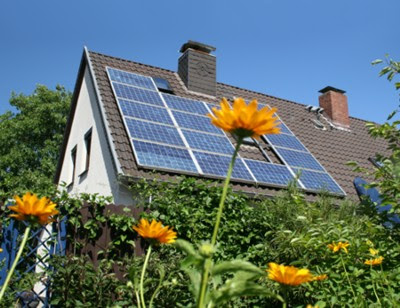 Transformation time. Image from Fluxed Up World.
Moving through the end of growth
and the collapse of the U.S. as we know it

Welcome to the New World.

Although my headline implies catastrophe, and I firmly believe that there are now factors beyond our control that strongly suggest we are in for an unprecedented hard time, this article is actually one of hope and a call to action for those who are inclined.

First I will discuss briefly those things I think are conspiring to bring on the collapse of U.S. society. I will conclude the article with things that I believe every one of us should become involved in to make the end of growth easier and the transition to a steady-state economy less painful.

It is now five years since Richard Heinberg published The Party’s Over (2nd edition), a chronicle of peak oil and why there are few strategies that will help us come up with the shortage in energy as oil production truly begins to fall. He just published a more encompassing undertaking titled The End of Growth that provides some concrete evidence for things I have begun saying in the past two years.

I believe there are four prime factors which may bring us to economic and social collapse: (1) peak oil (which has just begun to have its effects; gasoline prices will never fall again); (2) climate change (which I now suspect cannot be reversed even if every nation world-wide adopted the equivalent of the Kyoto Protocol to the United Nations Framework Convention on Climate Change tomorrow); (3) the financial crisis (which is far from over; signs are that the U.S. is even closer to bankruptcy than previously believed); and (4) the crisis of industrial agriculture (which is slowly killing us off, despite its best intentions).

There are related factors which are of equal importance that I won’t discuss, such as “peak water” and “peak food” (see The End of Growth).

I am not an expert on petroleum extraction or any of its related activities. Nonetheless, it is apparent from even casual reading that we have passed the point known as peak oil (where world oil production begins to decline), probably about five years ago. Alternative meaningful sources of energy have not seen the level of development that will be necessary to make a smooth transition from oil to something else (although China is pouring significant resources into the development of renewable energy).

No matter what we do in the next 20 years, peak oil will have a profound impact on everything about our present-day lives. Remember that a typical grocery store will empty within three days with no truck deliveries, 80% of our electricity is supplied by generation plants that use some form of hydrocarbons, the source of all plastic goods is oil, and a myriad of other things too numerous to list.

Global warming is now a fait accompli in the eyes of most climate scientists world-wide. The polar ice caps are melting, California, Texas, Arizona, and New Mexico are burning, storms are becoming more intense with each passing season, and we have really just begun to see the first impacts of this new climate regime.

I believe that each passing season we will witness more intense storms and greater climate chaos across the globe. I also believe that there is exactly one solution available to us: adaptation. We are no longer capable of reversing the effects of what has begun in earnest, and the impact, particularly on agriculture, will be devastating.

The financial crisis of 2008 was precipitated by a corrupt capitalist system in the U.S. driven by greed, but it was dramatically accelerated by a largely unsupervised financial sector’s activities that emulated gambling. The Financial Crisis Inquiry Commission report provides a large number of reasons for what happened, but what they fail to do adequately is summarize the structural issues that remain and will likely lead to the financial collapse that I believe is imminent.

There are now numerous publications (see Reinventing Collapse, The Myth of Endless Growth: Exposing Capitalism’s Insustainability, Collapse: How Societies Choose to Fail or Succeed) suggesting that capitalism is really at fault.

Do you remember the advertising from the 1950s where some fellow with a deep, resonant voice reminds us that we will achieve “Better Living Through Chemistry”? Industrial agriculture is one of the results of that perspective, as are our toxic bodies and surroundings, numerous poisons used in war, and an endless reliance on unhealthy, unnatural solutions to our problems.

Industrial agriculture is frequently touted as the solution to the imminent food shortages world-wide, but in Diet for a Hot Planet, Anna Lappé argues that industrial agriculture may not be necessary to feed a hungry world. Regardless, the use of poisonous substances on our food supply to control pests, weeds, and diseases is counterintuitive at best, sheer stupidity at worst.

In more recent years, growth hormones and antibiotics used in raising our meat have yielded horrible results — antibiotic-resistant bacteria, MRSA in hospitals, and the proliferation of truly dangerous diseases that require ever-stronger drugs to combat.

All these negatives do not have to give us a catastrophic outcome; however, we really cannot waste time and we must personally start with concrete positive actions. What I believe has happened is that we have completely disconnected from a large number of the things that actually matter, such as ensuring we have a healthy food supply, expressing compassion for each other, cooperating to achieve common goals.

The first obvious step we all should be taking is to grow our own gardens including preserving the food produced to last the winter. We should all make every effort to reject industrial agriculture completely, refusing to purchase processed foods, rejecting fruits and vegetables that are treated with chemical herbicides and pesticides (that are mostly based on chemicals left over from previous military research efforts into nasty things like nerve gas) and fertilizers that are based on petroleum products, and also rejecting meats that contain antibiotics and other drug or chemical treatments.

Failing to do so could have quite negative impacts personally — cancer or other diseases such as asthma related to poisons in our immediate environment, or less obvious illnesses such as chronic allergies.

The second clear step is to reduce energy usage to the greatest extent possible. This is really not a trivial proposition, since it entails eliminating car travel from your life if you mean it. There is no realistic way that North America is going to keep up its oil/car habit at present levels for very long.

The likelihood is that pricing will drive some to stop driving, but for others, it will take more to change their priorities. If you want to be realistic about what is coming, the time to do it is now — get cars out of your life to the extent possible.

Other energy conservation steps would be to install solar panels, or a wind or water power generator for your home, eliminating the purchase of plastics, and taking daily concrete steps to eliminate your reliance on hydrocarbons.

Another necessary step is to recycle everything. In today’s world, there is not much excuse for failing to recycle as much as humanly possible, and laziness does not qualify as a good reason. Especially non-renewable natural resources such as mined metals and minerals, and hydrocarbons should be maximally recycled.

Finally, get involved in the Transition movement. Taken from the Transition Whatcom website, “The goal of […] all Transition Initiatives is to create a long term Energy Descent Action Pathway, a blueprint — by the community, for the community — of how to significantly reduce energy use and yet provide for our basic needs in times of energy scarcity.”

There are other similar organizations that are moving toward a different world, for example Business Alliance for Local Living Economies and all its myriad local organization members such as Bellingham, Washington’s Sustainable Connections. Get involved as it is very likely that you have a local organization that is doing remarkably good works to turn this planet around.

There are myriad examples of remarkable things happening around the country and around the world. For example, a New England town recently enacted “food sovereignty” legislation that rejects federal and state overview of the production and distribution of local food. In Diet for a Hot Planet, Anna Lappé relates cases of replacing industrial agriculture with sustainable organic farming with comparable yields and much higher quality produce.

We must reject the status quo capitalist approach and build a new society. Welcome to the New World.

[Richard Jehn, who lives in Bellingham, Washington, was the founder and first editor of The Rag Blog in May 2006. His work and education have been in horticulture, linguistics, and computer technologies.]

Diamond, Jared. 2005, 2011. Collapse: How Societies Choose to Fail or Succeed. Penguin.
Flannery, Tim. 2010. Here on Earth: A Natural History of the Planet. Atlantic Monthly Press.
Heinberg, Richard. 2005. The Party’s Over: Oil, War and the Fate of Industrial Societies, 2nd edition. New Society Publishers.
Heinberg, Richard. 2011. The End of Growth: Adapting to Our New Economic Reality. New Society Publishers.
Lappé, Anna. 2010. Diet for a Hot Planet: The climate crisis at the end of your fork and what you can do about it. Bloomsbury.
Orlov, Dmitry. 2008. Reinventing Collapse: The Soviet Example and American Prospects. New Society Publishers.
Strauss, William. 2010. The Myth of Endless Growth: Exposing Capitalism’s Insustainability. Lulu Press.

2 Responses to Richard D. Jehn : Moving Through the End of Growth