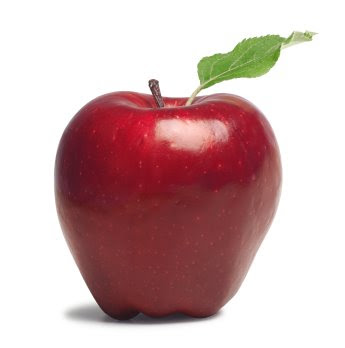 Reframe the education debate:
How we can show teachers the love

Don’t allow education to be defined as an endless Social Darwinist competition.

Last week (May 7-11, 2012) was Teacher Appreciation Week. Which got Rag Blog contributors — and education reform activists — Rick and Bill Ayers to thinking.

Let’s stop the hype and the hypocrisy: a nice note, a flower, a Starbucks card, and a week when we all go smooshy over Miss Brody or Mr. Escalante can’t possibly counter 51 weeks of official disdain and a continuing frontal assault from the powerful. Lots of cynical similes filled teachers’ in-boxes last week: Teacher Appreciation Week feels a lot like Turkey Appreciation Week at Thanksgiving, or Deer Appreciation Week during hunting season — and we’re the turkeys!

Teaching involves engaging real students every day, nurturing and challenging the vast range of people who actually appear before us, solving problems, making connections, putting in 70-hour weeks and spending our own money on supplies; and it means listening to every two-bit politician, the bought media, and big money misrepresent what we do, and attack us shamelessly every day.

Don’t allow education to be defined as an endless Social Darwinist competition: nation against nation, state against state, school against school, classroom against classroom, and child against child.

Education, like love, is one of the fundamentals of life — give it away generously and lose nothing — and school is where we can work out the meaning and the texture of democracy — coming together to explore the creation of community, pursuing the hard and challenging questions, and imagining new ways to be in balance with the earth and in harmony with each other.

Good teaching deals with the real — honor teachers for that.

We are insistently encouraged to think of education as a product like a car or a refrigerator, a box of bolts or a screwdriver — something bought and sold in the marketplace like any other commodity.

The controlling metaphor for the schoolhouse is a business run by a CEO, with teachers as workers and students as the raw material bumping along the assembly line while information is incrementally stuffed into their little upturned heads.

It’s rather easy to think within this model that “downsizing” the least productive units, “outsourcing” and privatizing a space that was once public, is a natural event; that teaching toward a simple standardized metric, and relentlessly applying state-administered (but privately-developed and quite profitable) tests to determine the “outcomes,” is a rational proxy for learning; that centrally controlled “standards” for curriculum and teaching are commonsensical; that “zero tolerance” for student misbehavior as a stand-in for child development or justice is sane; and that “accountability,” that is, a range of sanctions on students, teachers, and schools—but never on lawmakers, foundations, corporations, or high officials — is logical and level-headed.

This is in fact what a range of wealthy “reformers,” noisy politicians, and their chattering pundits in the bought media call “school reform.”

Oppose the “reform” policies that will add up to the end of education in and for democracy: replacing the public schools with some sort of privately-controlled administration, sorting the winners relentlessly from the losers — test, test, TEST! (and then punish), and destroying teachers’ ability to speak with any sustained and unified voice.

The operative image for these moves has by now become quite familiar: education is an individual consumer good, not a public trust or a social good, and certainly not a fundamental human right. Management, inputs and outcomes, efficiency, cost controls, profit and loss — the dominant language of this kind of reform doesn’t leave much room for doubt, or much space to breathe.

Fight for smaller class size, limited standardized tests, enhanced arts programs at all levels and in every area, equitable financing, and a strong teachers contract that protects intellectual freedom, due process of law, benefits (from pensions to health care) negotiated in good faith, and encourages collegiality and collaboration.

Throw in a note or a flower if you like.

Secretary of Education Arne Duncan’s open letter to teachers, his idea of a public appreciation, missed the mark badly even as it regurgitated every silly cliché rehearsed by opportunist politicians everywhere: my mom wuzza teacher, my sister wuzza teacher, my wife wuzza teacher — all the wuzzas feel our pain. He went on:

“I have worked in education for much of my life.” [And some of his best friends are… you know.]

“I have a deep and genuine appreciation for the work you do.” [Thanks, boss.]

“Many of the teachers I have met object to the imposition of curriculum that reduces teaching to little more than a paint-by-numbers exercise. I agree.” [And your “Race to the Top” program is paint-by-the-numbers on steroids.]

“You have told me you believe that ‘No Child Left Behind’ has prompted some schools — especially low-performing ones — to teach to the test, rather than focus on the educational needs of students… [It] has narrowed the curriculum.” [So now you’re telling us what we’ve been telling you?]

“You deserve to be respected, valued, and supported.” [Just do it!]

Arne Duncan acts like a junior foundation officer dispensing grants, rather than someone whose responsibility is the education of every child in a democracy.

On the bright side, Duncan recently announced that he supports same-sex marriage — perhaps we should all gay-marry immediately, and hope that at last he’ll show us some love.

[Rick Ayers was co-founder of and lead teacher at the Communication Arts and Sciences small school at Berkeley High School, and is currently Professor in Teacher Education at the University of San Francisco. William Ayers is Distinguished Professor of Education and Senior University Scholar at the University of Illinois at Chicago. Rick and Bill Ayers co-authored Teaching the Taboo: Courage and Imagination in the Classroom, published by Teachers College Press. Read more articles by Rick Ayers and Bill Ayers on The Rag Blog.]