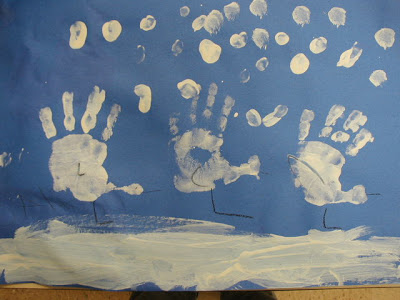 Helping students to learn their own power. Image from Art Smart.
The ritual of the pink slip:
Letter to a young teacher

So my nephew Malik, a fabulous renaissance man who has taught sixth grade math, science, and Spanish as well as coaching basketball and baseball for the last six years, was given a pink slip. Again.

It’s a March ritual around here. School districts are dealing with slashed budgets and are not certain of enrollment. In response they send out a flurry of layoff notices. I’m pretty sure Malik will be hired back. He’s got some time in, he’s a beloved teacher, and he is extremely successful teaching students in his working class and low-resourced middle school.

But the whole thing is infuriating. I texted him to say I hoped he was doing OK. He texted back, telling me that he would never advise a friend to go into this profession. I was so sad to think about this response, the kind of feeling that so many teachers get at this time of year.

I tried to send him back some words of encouragement. I’m a teacher educator, after all, and it’s my calling to encourage people to become teachers and help them to be successful. I wrote him something about the fact that the pink slip is an insult, only that, but he would certainly still have a job.

But as I thought about it, I realized this is one insult piled on top of the many others that are being offered to teachers. While there is a small problem of some bad and ineffective teachers hanging on to their jobs, as there is with bad, ineffective, lazy lawyers, doctors, nurses, architects, bankers, cops, financial analysts, cooks, firefighters and farmers, there is a huge bleeding gash in the system – the 40% of new teachers, mostly excellent teachers, who quit in the first three years.

They are discouraged, demoralized, scorned, and ridiculed by the media, politicians, and bosses. I want you all to hang in there. So here is my attempt to pull together my thoughts. It is my “letter to a young teacher.

We are, sadly, living in the year of hating teachers. Whether it’s Wisconsin governor Scott Walker rewarding the super-rich while complaining about the high compensation of teachers or Obama’s education secretary Arne Duncan applauding the mass firing of teachers and endorsing the teacher-bashing rhetoric of the right, we’re having it hard these days.

After decades of “devolution” of federal funding and escalating military budgets, state governments are de-funding education. Policy wonks fantasize about making schools in the U.S. that look like those in Singapore — with compliant students who study desperately to make the grade — and the President talks about education designed to compete with China and India — as if that were the purpose of education in a democracy.

The national discussion of education, driven by right wing media and think tanks, suggests that teacher education, teachers, teacher unions, and just about everything else about schools is worth trashing. Professor William Watkins may be right — these people may really have in mind closing down public education altogether.

On the teacher profession side we find plenty of despair. Teaching, like the other caring professions, has been regarded as women’s work and therefore worthy of less respect and pay. And now teachers are being forced more and more into mindless scripted curricula, which amount to low-intelligence test-prep exercises.

Teacher education programs are cutting back their offerings and fewer people, particularly with math and science degrees, are willing to go into teaching. Getting that March pink slip is just another turn in the barrage of insults teachers suffer.

As I was thinking about this, and how to respond to you, something dawned on me. I think we pretty much should stop waiting for respect. It’s not going to come, not for a long, long time.

Here are a few other ways we might frame our job:

First, the miracles. We teachers fight for success in the classroom every day and many days we fail — like health professionals, it’s part of the job and we try to learn from the losses. But sometimes we work our magic and it comes out right. That’s when you want to leap up and give a fellow teacher or a student a high five.

Yes, we get both emotions, 20 times a day. We have the honor of being with these students more than any other adults — laughing and crying, seeing transformations before our eyes. And we usually find ourselves in a wonderful community of teachers — intense, funny, brilliant, and deeply ethical colleagues who help us through.

I remember when I first went into teaching. I had been a restaurant cook for 10 years and I knew the slog of production: bring in raw materials, work on them, push product out the door, charge money, get a little pay. Mostly it was hard, physical work.

I remember how amazed I was when I first started teaching: I could get paid for reading, writing, talking, and listening? What a delight. And it was the most intellectually and ethically challenging job I could imagine — on the level of course content (we are always scavenging, studying, borrowing, innovating, learning more) and even more on the human interaction dimension (constantly studying the kids, doing close observation, trying to figure out how to be successful at inspiring, encouraging and challenging them).

We get joy, real joy and satisfaction, from our students. Yes, that’s the secret delight of this profession, working with inspiring colleagues, knowing these kids and being with them through the small and large changes in their lives, knowing their families and the heroic struggles of the communities they come from. We have the coolest job ever — we are privileged to be working with young people every day.

Secondly, as that t-shirt says, “Be an activist, be a teacher.” We might head off to work with more joy and positive feeling if we think of ourselves as organizers. Teaching, after all, is not only community service, it is a project of social change.

If you were organizing Mississippi sharecroppers in the 60’s or Flint auto workers in the 30’s, you would not be waiting for someone in power to say you’re great. You would expect to be insulted and vilified. But you do the work because you know it’s right. We teachers do this job because we are change agents.

A lot of people jaw about social change and activism but teachers do the work every day. Like an organizer, you are fighting for broader goals, ones tied to the doors you open for this student, the progress you make on that project.

We go back to work again and again for those goals, not for the ones defined by those who are selling off the public domain and the promise of equality, justice, and the common future, the policy wonks who seem to be in charge today.

My hero and heroine teachers are not the savior types you see in the movies. They are people like Septima Clark teaching in rural South Carolina, Paulo Freire organizing in the mountains of Brazil, Father Lorenzo Milani transforming peasant kids in Tuscany, Sylvia Ashton-Warner empowering Maori children in New Zealand, and so many others. They got no respect. They changed the world.

Like organizers, we learn the hard lessons of social change — it never comes when we are patronizing and hand out charity; it only succeeds when we respect the people we teach and act in solidarity with them. And, like organizers, we are energized by the knowledge that we just might win together, by the knowledge that we do win small victories every day.

Thirdly… there is no thirdly. Just those two. The joy of working with kids. The commitment to organizing and social justice. The pay is bad but, really, not that bad. One can have a decent, if modest, living doing this. And we may be scorned by idiots but we are revered by parents, communities, and students.

All in all, not such a bad gig. Of course I’m pretty sure you’re going to stick with it, Malik. And I hope you encourage other friends to join our ranks. We need them!

[Rick Ayers was co-founder of and lead teacher at the Communication Arts and Sciences small school at Berkeley High School, and is currently Adjunct Professor in Teacher Education at the University of San Francisco. He is author, with his brother William Ayers, of Teaching the Taboo: Courage and Imagination in the Classroom, published by Teachers College Press. He can be reached at rayers@berkeley.edu. This article was also published at The Huffington Post.]