Ritter: Obama Needs to Learn the Truth About Iran 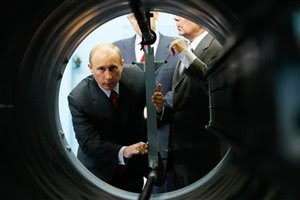 President Obama received a lesson in international gamesmanship last week, when his secret offer to trade the deployment of a controversial missile defense system in Eastern Europe for Russian assistance in getting Iran to back down from its nuclear program was publicly rebuffed. The lesson? You don’t get something for nothing, especially when the something you’re looking for is, itself, nothing.

If the members of the Obama administration would bother to take a stroll down memory lane, they might recall that once upon a time there was a document called the anti-ballistic missile treaty, signed in 1972 between the United States and the former Soviet Union, which recognized that anti-missile defense shields were inherently destabilizing, and as such should not be deployed. The ABM treaty represented the foundational agreement for a series of strategic arms limitation and arms reduction agreements that followed. President Obama was 10 years old when that treaty was signed. He was 40 years old when President George W. Bush withdrew from it, in December 2001, and set in motion a series of events that saw arms control between the U.S. and Russia completely unravel. The proposed U.S. missile defense shield, to be deployed in Poland and the Czech Republic, had the Russians talking about scrapping the INF treaty (which eliminated two classes of nuclear-armed ballistic missiles that threatened Europe) and deploying highly accurate SS-21 “Iskander” missiles within striking range of the proposed Polish interceptor site.

Russia did not create the missile defense system crisis. The United States did, and, as such, cannot expect to suddenly receive diplomatic credit when it puts this controversial program on the foreign policy gaming table as if it were a legitimate chip to be bargained away.

Russia has always, correctly, claimed that any missile defense system deployed in Eastern Europe can only be directed at Russia. While both the Bush and Obama administrations denied that was the case, Poland has all but admitted its concerns are not about missiles coming from Tehran, but rather missiles coming from Moscow. The American “sweetener” for a potential Polish loss of a missile shield is to offer Poland advanced Patriot surface-to-air missiles, whose intended target is clearly not a Persian missile which cannot reach Polish soil, but rather Russian missiles and aircraft which can.

There are three basic facts that the Obama administration needs to address, but as of yet has not: First, missile defense systems are inherently destabilizing and only contribute to the acquisition of offensive counters designed to defeat those defenses. Second, the rapid expansion of NATO in the past decade has in fact threatened Russia. And third, the Iranian missile “threat” to Europe has always been illusory.

The proposed U.S. missile defense shield in Eastern Europe has been a highly flawed concept from its very inception. Although it used unproven technology, it was sold as a means of protecting Europe from a threat that did not exist (Iranian missiles), while creating the conditions for exposing Europe to a real threat that the missile defense shield was incapable of defeating (Russian missiles). The fact that Obama would put the missile defense shield up for trade as part of a “Grand Bargain” with Russia on Iran only underscores how little value the system has to begin with. It is a big zero, both from a military and diplomacy perspective. Obama, in making it part of his bargain, was trying to give it value it lacked, and the Russians weren’t buying.

The Iranian situation is far too real, but not in terms of the dangers posed by anything Iran itself is doing. The United States has not helped matters by hyping the threat posed by nonexistent Iranian missiles targeting Europe and capable of carrying nonexistent nuclear warheads. Russia has expressed a desire to work with the United States to better control Iran’s program of uranium enrichment, which Iran and the nuclear watchdog, the International Atomic Energy Agency (IAEA), state has been clearly demonstrated as part of a peaceful nuclear energy program. For Russia to buy into Obama’s “deal,” it would have to buy into a threat from Iran’s missile and nuclear programs, a threat Russia does not believe to exist.

Obama would do well to call in his national security team and have it lay out the intelligence information used to assert the Iranian threat. There must be such a foundational document, since Secretary of State Hillary Clinton, Secretary of Defense Robert Gates, Chairman of the Joint Chiefs of Staff Adm. Michael Mullen and the president himself all have repeatedly referred to the “threat” posed by Iran’s “nuclear weapons” ambitions. It is important to distinguish between what we know and what we think we know. For instance, we know that Iran does not have any highly enriched uranium, the kind needed to produce a nuclear weapon. Just ask Adm. Dennis Blair, the director of national intelligence. This is what he told the U.S. Senate Armed Services Committee this week in testimony on Iran. And yet many in the U.S. intelligence community continue to state unequivocally that Iran is on the verge of possessing a nuclear weapon.

Obama should take each assertion put forward about Iran’s nuclear ambition and then reverse-engineer the underlying factual basis for making that assertion. If he did so, he would quickly find that he and his advisers know less about Iran than they think they do. The entire U.S. case against Iran is built on supposition and speculation. If the president disassembled the speculative assertions, he would find them cobbled together from an ideologically motivated methodology designed more to justify a policy of containing and undermining Iran’s theocracy than understanding its nuclear ambitions.

Obama ought to reacquaint himself with the 1972 ABM treaty and the case of the CIA versus “Team B.” This chapter of America’s failed arms control policy unfolded from 1975-1976, during the administration of Gerald Ford. Once upon a time, there was a Soviet Union, and a Cold War between the Soviet Union and the United States. In an effort to prevent the Cold War from becoming a “hot war,” the two powers launched arms control initiatives, packaged as part of a larger East-West détente, to better manage the escalation of an arms race derived from Cold War tensions. It was critical in this effort to have an accurate understanding of not only the physical reality of Soviet strategic weapons programs, but also their intent. The CIA produced a report that addressed these issues, National Intelligence Estimate (NIE) 11-3/8-74, “Soviet Forces for Intercontinental Conflict Through 1985.”

The benign picture painted by the CIA’s estimate of Soviet strategic capability clashed with ideologues in and out of government who were pushing for U.S. defense programs that could not be justified if the CIA’s estimates were allowed to stand. Rather than confront the facts of the CIA’s estimates, these ideologues instead assaulted the methodology used to determine them. Political pressure was brought to bear on President Ford by conservative opponents of détente to prepare a “Team B” of analysts (outside ideologues) who would challenge the conclusions put forward in the CIA estimate by “Team A” (the CIA’s own staff). “Team B” didn’t produce better facts (indeed, every one of its assertions was proved to be wrong), but it did produce better fear. Its claims about Soviet intentions and capabilities, highly inflated and inaccurate, were political dynamite that could not be ignored, especially in the politically charged presidential election year of 1976. “Team B” won out over “Team A,” and the foundation was set for not only the dismantling of U.S.-Soviet détente, but also for the biggest arms race in modern history, culminating in the destruction of the very agreements designed to constrain such an escalation.

Obama should acquaint himself with the story of “Team B,” because “Team B” exists today, propagating myths about an Iranian “threat” that are analogous to those employed by the team that sold the fable of the Soviet “threat.” The new president was critical of the Iraq war, and the sad tale of misinformation and deception that has since been repackaged as an “intelligence failure.” There was no “failure” because there was no “intelligence.” “Team B” doesn’t produce intelligence, but rather ideological assertions used as justification for policy. The same “Team B”-based methodologies which gave us the Iraq assertions about WMD programs are in play today in the Iran “intelligence” used by President Obama and his national security team.

Obama might be surprised that one of the programs being sold by “Team B” in its assault on truth was a missile defense shield to counter the team’s perception of a Soviet missile threat. The falsehoods and fabrications sold by “Team B” back in the 1970s set America on the path toward the withdrawal from the ABM treaty in 2001, and the proposed deployment of the very missile defense shield Obama is trying to bargain away to get Russia to help confront an Iranian “threat” manufactured by none other than “Team B.”

Secretary of State Clinton impressed many when she spoke of the need for America to embrace “smart power.” The implication of her words was that the United States, under President Obama, would use all the tools available, especially diplomacy, in seeking to solve the myriad problems it faces around the world in the post-Bush era, including the problem of Iran. But one cannot begin to solve a problem unless one first accurately defines the problem, for without that definition the “solution” would in fact solve nothing. Any solution to the problem of Iran must be derived from an accurate intelligence picture of what is transpiring inside the country today, one drawn more from fact than ideologically based fiction. Obama is advised to challenge the totality of the current U.S. intelligence used to define Iran as a threat, and purge once and for all the corrupting ideological “Team B” holdovers who still reside within the structure of the American intelligence community. Intelligence is never about hearing what you want to hear, but rather about learning what you need to know.

Obama needs to learn the truth about Iran, and about the proposed missile defense system in Europe. This truth would be inconvenient, but it would also liberate him to develop meaningful solutions to serious problems in a manner that avoids a repeat of his embarrassing “Grand Bargain” gambit with Russia, trying to trade nothing for nothing in an effort to certify something for nothing. There are a lot of “zero sums” in that equation, which pretty much sums up Obama’s Iran and Russia policies to date.

[Scott Ritter is a former intelligence and arms control official who served as an inspector in the former Soviet Union (1988-1990) and Iraq (1991-1998). He is the author of “Target Iran” (Nation Books, 2007) and the forthcoming “On Dangerous Ground: Following the Path of America’s Failed Arms Control Policy” (Nation Books).]