Robbed Blind by Those Who Control Our Society 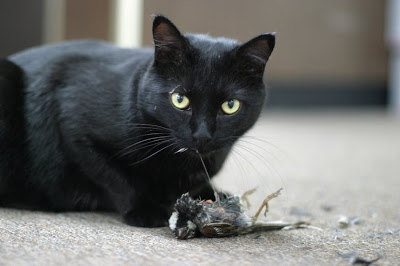 The Rules Are Set in Stone For the Rabble
By Peter Offermann / October 22, 2008

I am struggling lately with finding meaningful and rational events to provide a basis for sanity.

The world events that are currently happening are surreal in themselves but what I really struggle with is people’s reaction to them. It appears like most everyone is hypnotized to not see the predator terror birds currently in our living rooms. It’s business as usual as the birds wreak havoc and pick off choice morsels [victims] with impunity.

I guess people can’t cope with the emotional fall from grace of going from feeling invincible to realizing that they are but puny prey to a much more powerful predator. I rarely see anyone these days and when I do I am mostly at a loss for words because my reality is so different from theirs.

My neighbors are mostly nice people but simply see a different world than I do. A few of them are starting to get it and now take me a bit more seriously as they see [then unthinkable] events I told them were going to happen 3 years ago going on around them now. Almost all of them still see this as a temporary blip on the event horizon and continue on about their business assuming the terror birds will transform back into budgies and things will return to normal soon.

What people are going through now is similar to what I went through in 1999 when overnight I went from being wealthy and on top of the world to penniless without influence as a result of a bank fraud.

Current world events are at a stage relative to the first few weeks of my realizing in 1999 that I and 64,000 other people were caught in a bank fraud. First there was optimism that events weren’t as bad as they appeared but this soon changed to the grim realization that “yes” it was indeed that bad. Then for a few months there was hope that the protections built into modern society by our governments would save us from the worst of the events.

This is where the world is now; people realize their lifestyles are imperiled but they still have faith that justice will prevail and that the government they support to protect them will mentor their cause and put right an illegal wrong. There is still hope of returning to the past.

Once I realized that the events I was caught in were more than a temporary blip I became proactive in seeking justice. I very quickly came to the shockingly surreal realization from utilizing the official channels of justice that they [channels of justice] were not what they appear to be to naive people like myself. Instead of being constructed to provide justice for all it became obvious that they are designed to protect the privileged few from the rabble like me.

The order our courts keep is mostly to train the rabble to follow the rules. The rules are set in stone for the rabble; however it quickly became apparent that for the chosen few the rules are infinitely flexible. For this elite class of people the courts are designed to manipulate the rabble to allow them, the rulers, whatever they desire. Laws can be/are created, changed or ignored to suit their tastes.

Then as now my life was surreal as those around me continue[d] to live their lives as if the edifices of justice are real. Trying to explain otherwise to people just made them think I was crazy. Sure they saw what happened to me but they assumed I did something wrong and it would/could never happen to them.

I started to research those behind the “isolated” incident I had been caught in and soon came to the even more surreal realization that the incident wasn’t isolated and that the whole world was/is at the mercy of a small group of predators who can do whatever they please, wherever they please, whenever they please. I now realize that any sense of power we have while living within the system they control is nothing more than a mirage. We are completely at their mercy.

While this was playing out emotionally my physical circumstances were dire. I was a foreigner in Mexico with no lifeline to big brother. It was sink or swim on my own even for the most basic necessities such as food and shelter. Even the lowest of the poor were now above me as they at least knew how to get along without money and mostly had minimal shelter.

Obviously I survived. I was mostly shunned by those that had been my contemporaries although a few did give a helping hand in the form of work or shelter in the form of house sitting arrangements. This help was appreciated but it was a huge fall from grace as I now was dependent on the goodwill of others.

I went from being able to have virtually any toy I desired to having nothing but an old truck, a laptop and about $250 in a matter of weeks. It was an emotional struggle but surprisingly as I continued to survive without all the trimmings I began to appreciate that almost everything I had previously owned was excess baggage that weighed me down instead of making me more fit/powerful/happy. I began to rejoice in the freedom of not needing to carry all that weight.

I also realized that our sense of dependence on our “baggage” is what keeps us controllable by our masters. If we fear life without our toys we will tow the line no matter how onerous the task.

A lot of our baggage dependence relates to keeping up with the Jones’ and provides the means to the masters to profit from the labours of those who “need” to keep up with their neighbors.

After spending time among the poor in Mexico I realized that for them their homes and bodies were not temples to be garnished with bangles to make them attractive to their peers, they were simply maintained in usable condition with the least amount of effort possible. Even in Mexico only the very poorest of the poor live this way. Most mexicans have fallen prey to television and revel in conspicuous consumption.

Conspicuous consumption is the norm in the modern world and is what I struggle with the most since returning to Canada after 12 years away. I see the majority of people around me working their butts off in order to conform with some societal ideal of successful living. Most of their activity is now meaningless to me.

I have again become encumbered with a fair amount of baggage but it is with the clear realization that life can and does go on without it if one is prepared to take responsibility for their own lives. This means independence from those intent on managing others for their own benefit. My home and self are now maintained solely to provide maximum benefit/enjoyment to me, not to impress others with my success/power/wealth.

Knowing I can (prefer to) survive without excessive baggage allows me to consider not following the rules/norm of the masters and instead build a life according to my own desires.

It is currently still a very lonely endeavor as the majority still struggles towards a very different goal leaving little in common to communicate about. However I have hopes that as more people realize they have been robbed blind by those who control their society they will come to appreciate the aspects of life which are important to me.