Robert Jensen : Beyond Grief and Rage: Palestine and the Politics of Resistance 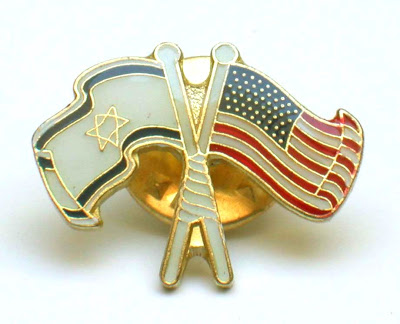 The grief is achingly real, and the rage is morally justified. Our task today is to think about how to channel the power of those emotions into effective political action.

We need to analyze and strategize about political realities, but let’s begin with an emotional reality: For the past few weeks the scenes from Gaza have been driving many of us mad.

For all the horrors in the world, there has been something especially brutal and barbaric about Israel’s use of fighter jets and other sophisticated weapons to pound this small strip of land, to target the 1.5 million people crowded there, to destroy a society. Out of that grief flows rage, not just at the sadistic Israeli violence but also at the “we must stand with Israel” declarations coming from Republican and Democratic politicians alike.

The grief is achingly real, and the rage is morally justified. But it’s also true that for anyone who is aware of the suffering of this world, such emotions are part of daily life. To know — to make the choice to know — about the extent of injustice and the depth of misery all over the planet is to accept that we will wake every morning to that grief and rage.

Our task today is to think about how to channel the power of those emotions into effective political action. That is no small task after so many years of struggle and so many failures to change our government’s policies.

Let’s start by remembering the other places where that suffering has been so intense: Iraq, Afghanistan, Latin America, southern Africa, southeast Asia. I mention those places in particular because much of the suffering there has been a result, directly or indirectly, of U.S. economic, military, and foreign policy. Those are some of the places that have borne the brunt of the U.S. empire’s violence since the end of World War II. As a U.S. citizen, those are the places to which I have the clearest moral connection; those of us who claim the United States as home must come to terms with that suffering.

“The West” has been involved in empire-building for 500 years, and for the past 60 years the United States has led that imperial project. It is a project soaked in blood. One of the great apologists for the empire, the late political scientist Samuel Huntington, was at least honest in acknowledging that: “The West won the world not by the superiority of its ideas or values or religion (to which few members of other civilizations were converted) but rather by its superiority in applying organized violence. Westerners often forget this fact; non-Westerners never do.”[1]

Our first task is to refuse to forget, which means recognizing that, in the context of U.S. policy, there is nothing special about Palestine. It is one place where the West and its surrogates have used organized violence to achieve political and economic aims. U.S. support for Israel’s occupation of Palestine has to be seen as part of that imperial project; those of us in the United States who want to defend Palestine have to resist the U.S. empire.

Too often activists in the United States have ignored this. For example, the group “If Americans Knew” has done fine work to distribute information about the occupation, but consider this sentence from its mission statement: “It is our belief that when Americans know the facts on a subject, they will, in the final analysis, act in accordance with morality, justice, and the best interests of their nation, and of the world.”

If only that were true. In fact, many Americans routinely endorse actions in support of the U.S. empire that are immoral and unjust but which they believe are in their best interests, the world be damned. Many others work hard not to know — a willed ignorance — in order to avoid having to face difficult issues. To trust in the moral sensibilities of the U.S. public is to ignore history; in the realm of moral vision, Americans are not special.

Let’s recognize that resisting the U.S. empire puts us in conflict not only with the politicians from the major political parties but also with the majority of U.S. citizens. The problem is not simply that many Americans do not know the real history of the Israel/Palestine conflict (though it’s true that they don’t) or that the U.S. corporate news media outlets present a consistently distorted view of the conflict (though it’s true that they do). The problem goes deeper, to the core of this country and to the lies we tell ourselves about ourselves.

So, to work for justice for Palestine is to work against the U.S. empire. And to work against the U.S. empire is to dig in for the long haul. Our task is not to play to Americans’ sense of being special, but to help this country come to realize that if there is to be a decent future for anyone — indeed, if there is to be a future at all — the United States has to step back from its position of arrogance and affluence. We must imagine what it would be like to live as one nation in the world, not as an arrogant nation that attempts to dominate the world. We must imagine what a good life would look like if we were to give up our commitment to affluence and work toward a just and sustainable world at the end of the high-energy/high-technology era.

All of that is hard to focus on when Israeli bombs are dropping on Gaza, as the U.S. government continues to provide military, diplomatic, and economic support to Israel. It is difficult to take the long view as the grief of the people of Gaza intensifies by the moment.

But I believe that authentic hope lies in seeing one movement with many fronts. The goals must be justice and sustainability, which are inseparably linked. The struggle goes on in Palestine and Iraq, in Venezuela and Bolivia, in Oakland and Austin. The targets are the empire and economic interests it serves. We have to continue to struggle against the corrosive effects of arrogance and affluence, in others and in ourselves.

We all have limited time and energy for political work, and we direct that energy toward activities that are meaningful to us. One person cannot do everything, but each one of us can work within our political groups and communities to develop the analysis needed to integrate these many campaigns for justice and sustainability, linking our efforts with others’.

[Robert Jensen is a journalism professor at the University of Texas at Austin and board member of the Third Coast Activist Resource Center. His latest book, All My Bones Shake, will be published in 2009 by Soft Skull Press. He also is the author of Getting Off: Pornography and the End of Masculinity (South End Press, 2007); The Heart of Whiteness: Confronting Race, Racism and White Privilege (City Lights, 2005); Citizens of the Empire: The Struggle to Claim Our Humanity (City Lights, 2004); and Writing Dissent: Taking Radical Ideas from the Margins to the Mainstream (Peter Lang, 2002). Jensen can be reached at rjensen@uts.cc.utexas.edu and his articles can be found online here.]