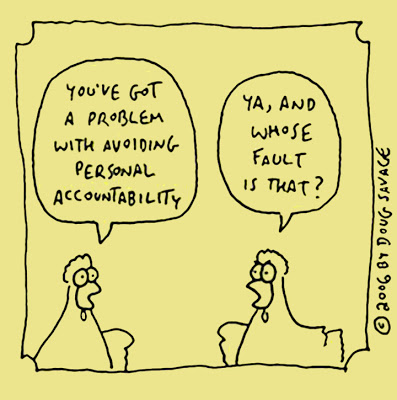 After a recent talk on racism and other illegitimate hierarchies at a diversity conference in Dallas, I received a letter from one of the people who had attended that asked “why you feel it necessary to perpetuate and even exacerbate the divisiveness of language when addressing a group of people assembled to learn how to live better together and be more accepting of differences?” He suggested that by being so sharply critical, I was part of the problem not the solution.

Calls for diversity and inclusiveness from people with privilege (such as a white man with a professional job living in the United States) are meaningful only when we are willing to address the systems and structures of power in which inequality and discrimination are rooted. But because such a critique strikes many people as too radical, crafting a response to those who want to avoid that analysis is crucial to the struggle for progressive social change. Below is my letter to him.

Dear ____: Thanks for the note and the challenge to my presentation. It’s clear we disagree, and getting clearer about where we differ is important.

First, I disagree with your suggestion that we should not assess blame for existing patterns of racial inequality and injustice, though I would substitute the word “accountability” for “blame.” I can’t imagine how we could move forward on any question of injustice without holding those responsible for the injustice accountable, which means holding ourselves accountable. This reflects a basic moral principle — those who inflict injuries, or turn away when they see others inflicting injuries, must be accountable for their behavior.

To recognize the injustice, as you do, but then demand that we ignore the patterns at the root of the injustice in order to reach a state of inclusiveness is counterproductive. That simply allows people in positions of power and privilege to escape accountability, which inevitably places the political and psychological burdens on those with less power and privilege. That’s simply not fair.

So, if your suggestion lets white people off the hook and puts the burden on non-white people to cope with the ongoing manifestations of white supremacy, would it not be better for those of us who are white to be accountable? Is that not the base from which real social change becomes possible? I recognize that most white people don’t like that call for accountability, just as most men don’t like the call for accountability when it comes to sexism, for example. But the core values we claim to hold — dignity, solidarity, and equality — require that we not avoid that kind of honesty.

If we do this, as several people suggested in the conference session, many poor and working-class white people will point out that they don’t feel particularly privileged. That’s why we have to connect the struggle against white supremacy to the struggle against economic inequality in capitalism. To raise questions about injustice in our economy isn’t to foment class warfare, as some argue, but is rather to recognize that people with a disproportionate share of the world’s wealth tend to pursue policies to protect that state of affairs. The wealthy engage in class warfare on a daily basis, and hope that those on the bottom will acquiesce.

You suggest that that I “perpetuate and even exacerbate the divisiveness” but I think that misunderstands the nature of the problem. The divisiveness comes from the injustice, not from naming the injustice. People in the United States are divided by the inequality inherent in patriarchy, white supremacy, and capitalism. Naming those systems and the inequality they produce isn’t divisive but rather an attempt to understand the systems so that we can change them. Just as we need accountability we also need analysis to make it possible to move toward justice. How can problems be solved if causes are not identified and critiqued?

None of this has anything to do with stereotyping individuals. There is a difference between identifying patterns in how wealth and power are distributed in a society and making unsupported claims about individuals. In analyzing how unconscious and institutionalized racism operate, and then asking white people to be accountable, we are talking about how systems operate. I didn’t claim that all white people are overt racists, for example, but instead talked about how our society is white supremacist in material and ideological terms. That’s an analysis of systems, not stereotyping of individuals.

Finally, I think your hope for “a softening” of my heart misses the point. I don’t have a hard heart, if by that you mean I am bitter or hateful. The work I do is grounded in love, which leads to a rejection of injustice. My heart softened long ago when I began to look honestly at the extent of that injustice and my own complicity in it. To be “part of the solution,” as you urge, demands that we be honest about that injustice. I would challenge you to think about whether by ignoring these patterns of injustice you might be part of the problem.

I do take a bit of offense at one thing you wrote, the claim that I “find great satisfaction in stirring things up,” as if this is all some kind of game that I play for my personal pleasure. I have been actively involved for the past two decades in movements for justice involving sexism, racism, economic inequality, and the barbarism of war. There isn’t a day that I don’t feel a sense of profound grief about the pain that these systems cause.

The luck of the draw left me in a position of relative privilege, which means I escape virtually all of the suffering imposed by those systems. What satisfaction I find in this world comes from trying to be part of movements that struggle for something better. In those efforts, things inevitably get stirred up. I take no particular pleasure in that and wish it could be otherwise. But none of us get to choose the world into which we are born. All we get to choose is how we respond to it.

In my experience, the position you advocate is the one that is neither constructive nor practical. We cannot ignore the systems from which injustice emerges and expect injustice magically to disappear. I agree that our goal is inclusiveness — the recognition that we are one human family in which all have exactly the same standing — but I disagree that we can move toward that by turning away from the painful truths about the broken world in which we live.

[Robert Jensen is a journalism professor at the University of Texas at Austin and board member of the Third Coast Activist Resource Center in Austin. He is the author of All My Bones Shake: Seeking a Progressive Path to the Prophetic Voice, (Soft Skull Press, 2009); Getting Off: Pornography and the End of Masculinity (South End Press, 2007); and The Heart of Whiteness: Confronting Race, Racism and White Privilege (City Lights, 2005); Jensen is also co-producer of the documentary film Abe Osheroff: One Foot in the Grave, the Other Still Dancing. Jensen can be reached at rjensen@uts.cc.utexas.edu and his articles can also be found online here.]