P. Saimath’s People’s Archive of Rural India aims to make the ‘invisible India’ both visible and audible, not only to urban Indians but to the whole world. 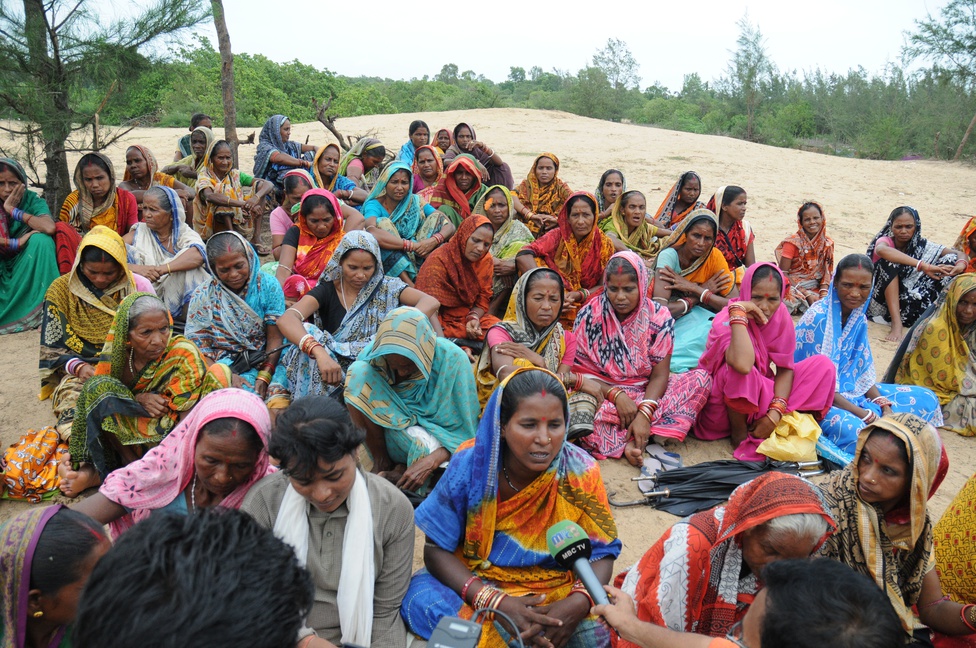 Worshipping a steel rath in the state of Orissa, India. Image from People’s Archive of Rural India.

P. Sainath started building the People’s Archive of Rural India only a couple of years ago. But the passion behind the innovative online project that mixes journalism and oral history, which was launched last month to overwhelming acclaim, goes back more than two decades.

As a young journalist in the early 1990s, Sainath helped focus India’s attention on rural poverty by traveling 100,000 kilometers to report stories for The Times of India. Born into an urban political and intellectual culture, Sainath found his professional calling in a countryside that many in the country’s rising middle class wanted to ignore in the era of the government’s “India Shining” public relations campaign.

Editors were convinced that readers wouldn’t care but told Sainath they would publish a few of his stories as a professional courtesy. The series finally ended after 84 stories, which lead to Sainath’s bestselling 1996 book, Everybody Loves a Good Drought. His journalistic star was rising, and the editor of another respected English-language newspaper, The Hindu, created the job of “Rural Affairs Editor” for him. The title “editor” was a slight misnomer; Sainath continued to spend most of each year on the road reporting from India’s countryside, which is home to almost 70 percent of India’s billion-plus people.

A few years after the first series, while Indian officials were still busy burnishing the country’s image as a high-tech center, Sainath started tracking a sharp rise in farmer suicides, a marker of the collapse of the economy of the rural India. Exhausting himself with several years of relentless travel to report those heartbreaking stories, Sainath’s journalism forced the issue into national politics, though the crisis of the countryside continues.

Stepping back from the grind of daily journalism, Sainath had time for ‘a somewhat insane project.’

Finally stepping back from the grind of daily journalism last year — but still committed to telling these stories — Sainath had the time for what some might have labeled “a somewhat insane project.” At least, that’s how Sainath described it in a 2013 interview. The People’s Archive of Rural India began with no staff, no clear funding mechanism, and no detailed business plan. But Sainath was determined to create a vehicle for documenting that part of India he calls “a continent within the subcontinent” and “the most complex place on planet earth.”

“That complexity is being ripped apart by a brutal transformation,” says Sainath, who will be teaching spring semester in the Program in South Asian Studies at Princeton University. “The neoliberal transformation and its worship of markets has deepened inequality and strengthened the barbaric, while devastating, even destroying, the beautiful. Some of the world’s finest schools of art, storytelling, weaving, pottery are in collapse, while reactionary bodies like some caste councils are stronger than they were two decades ago.”

Sainath avoids simplifying or romanticizing the countryside or its people. He invokes no golden age or yearning for cultural purity, but instead points to the incredible diversity — 833 million people speaking 780 languages, doing jobs that range from back-breaking manual labor to skilled crafts, living creative lives that include intellectual and artistic pursuits. Some have called this the “invisible India,” out of sight of the urban population and so its interests largely ignored by politicians.

Sainath asks an increasingly unequal society to pay attention to what is in plain sight.

Sainath turns the phrase around, asking an increasingly unequal society to pay attention to what is in plain sight. “There is no invisible India,” he says, “There is a blind India.” Sainath lays some of the blame on the country’s corporate media, which have no beat reporters to cover a rural people whose population is more than twice that of the United States. 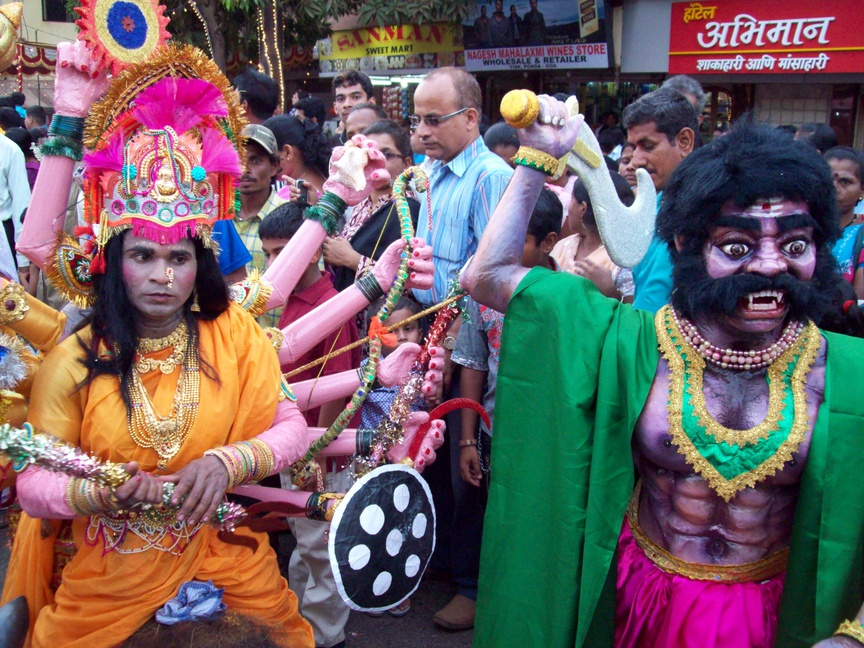 PARI aims to make that India visible and audible, not only to urban Indians but to the whole world, with its video, photos, audio, and text archives. Some of the material is drawn from Sainath’s reporting and photography, such as the stark black-and-white photos of the koilawallahs of Godda, who use bicycles as carts to haul up to 200 kilograms of coal up to 40 kilometers, all to earn a few rupees, less than a dollar a day.

But more and more of the stories and images on the site are contributed by a growing network of volunteers, including professional filmmakers, film editors, photographers, documentary makers, and television, online and print journalists, along with ordinary citizens.

‘We are getting rural stringers into the exercise and also trying to get rural people
to participate directly.’

“We are getting rural stringers into the exercise and also trying to get rural people to participate directly,” Sainath explains. “We’ve distributed flipcams and other equipment amongst landless agricultural laborers. Our first video film outside PARI’s core group is being made by a young but accomplished classical dancer from the rural areas about his dance teacher.”

The site is run by the CounterMedia Trust, which aims to rebuild the people-centered traditions of Indian journalism. The PARI project received a boost from an early supporter, Neville Roy Singham, founder of the open-source software company ThoughtWorks; employees of his company volunteered to help build the platform. Ananya Mukherjee, a political science professor at York University in Toronto, “helped bring conceptual clarity to this huge and chaotic canvas,” according to Sainath.

Sainath points out that there was no fundraising until the site was fully live, based on the principle that the public has a right to see what it is being asked to support. “The early ‘funding’ came in incalculable amounts of labor and skills freely volunteered by many,” he says.

The PARI platform is home to a dizzying variety of people and places.

The PARI platform is home to a dizzying variety of people and places. Most striking is the “Faces” photo gallery, which shows the diversity of India’s population through color portraits of adults and children from districts around the country.

PARI’s stories range from accounts of laborers such as the toddy-tappers, who climb palm trees for the sap that makes the toddy liquor; to explanations of the jugaad, motorized carts cobbled together by farmers from discarded and spare parts; to testimonies of the last few people who fought in India’s struggle for independence.

With PARI launched, Sainath is thinking expansion, with an ambitious plan to divide India into 50 to 70 regions and sub-regions and have one PARI Fellow stationed in each of them for several months at a time. “We may not have the money, and we don’t have a business plan for that yet,” he says, “but we do have the idealism, skills, and commitment of our growing army of volunteers, and that’s a real start.”

Although Sainath is known for his forceful critiques of people in power and the inequality built into contemporary economics and politics, just as often his newspaper work focused on the dignity of ordinary people in the face of injustice. The People’s Archive of Rural India aims to make sure that no one can claim not to know those people’s stories.

That is Sainath’s challenge: “They have something to say. Do you want to listen?”

Read more articles by Robert Jensen on The Rag Blog and listen to Thorne Dreyer’s Rag Radio interviews with Jensen.

[Robert Jensen is a professor in the School of Journalism at the University of Texas at Austin and board member of the Third Coast Activist Resource Center in Austin. His latest books are Arguing for Our Lives: A User’s Guide to Constructive Dialogue and We Are All Apocalyptic Now: On the Responsibilities of Teaching, Preaching, Reporting, Writing, and Speaking Out. His writing is published extensively in mainstream and alternative media. Robert Jensen can be reached at rjensen@austin.utexas.edu. ]