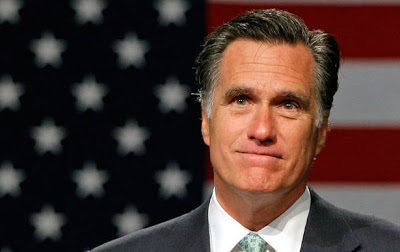 That trademark Romney smirk. Image from policymic.
Mitt Romney lies to the world

Mitt Romney gave a rousing speech about how his foreign policy would be much more muscular than President Obama’s. But Romney displayed again his proclivity to lie on specifics and distort the broader reality.

While it’s true that all politicians play games with the facts, it is actually rare for a politician to be an inveterate liar. But Mitt Romney is one of that rare breed on matters both big and small. And with some polls showing his surge toward victory on November 6, his dishonesty may soon become an issue for the entire world.

Romney’s foreign policy speech on Monday, October 8, was another example of his tendency to lie on minor stuff as well as weighty issues. For instance, he claimed that President Barack Obama “has not signed one new free trade agreement in the past four years” though Obama secured passage of agreements with South Korea, Colombia, and Panama and signed them in October 2011.

Romney apologists suggest that the Republican presidential nominee was hanging his truthiness on the word “new” since negotiations on the agreements began late in George W. Bush’s presidency. But the work was completed by Obama and he pushed the deals through Congress despite resistance from some of his own supporters in labor unions.

So, by any normal use of the English language, Obama had signed new trade agreements, but Romney simply stated the opposite.

Romney also accused Obama of staying “silent” in the face of street protests in Iran over the reelection of President Mahmoud Ahmadinejad in 2009. But Obama wasn’t “silent.” He did speak out, with his comments becoming increasingly harsh as more images of violence emerged.

“The United States and the international community have been appalled and outraged by the threats, beatings and imprisonments of the last few days,” the President said on June 23, 2009. He added that he strongly condemned “these unjust actions.”

If Romney wished to criticize Obama for not condemning Iran in even stronger terms or for not using his harshest language immediately that might be one thing, but to say, the President was “silent” is just a lie.

More broadly, Romney’s depiction of U.S. foreign policy as weak and feckless under Obama is almost the inverse from the truth. For instance, Obama helped organize an international military force to wage war in Libya, enabling rebels to overthrow longtime dictator Muammar Gaddafi, but Romney acts as if that never happened.

Instead, Romney lays every foreign policy problem at Obama’s door and credits others with every accomplishment, including the killings of Osama bin Laden and other al-Qaeda leaders.

On that topic, Romney said: “America can take pride in the blows that our military and intelligence professionals have inflicted on Al-Qaeda in Pakistan and Afghanistan, including the killing of Osama bin Laden.” But Romney gives no credit to Obama for ordering these strikes and taking criticism from many on the Left for his aggressive use of drone attacks.

Another jaw-dropping example of Romney’s dishonesty was his sudden embrace of negotiations leading to a Palestinian state after he was recorded in his infamous “47 percent speech” last May as deeming such talks hopeless.

“I look at the Palestinians not wanting to see peace anyway, for political purposes, committed to the destruction and elimination of Israel, and these thorny issues, and I say there’s just no way,” Romney told a group of wealthy donors. “The Palestinians have no interest whatsoever in establishing peace and that the pathway to peace is almost unthinkable to accomplish.”

As for what the U.S. policy would be in a Romney administration, he said, “we kick the ball down the field.”

However, on Monday, Romney declared: “I will recommit America to the goal of a democratic, prosperous Palestinian state living side by side in peace and security with the Jewish state of Israel.”

And again, all the blame for the impasse is placed on Obama: “On this vital issue, the President has failed, and what should be a negotiation process has devolved into a series of heated disputes at the United Nations. In this old conflict, as in every challenge we face in the Middle East, only a new president will bring the chance to begin anew.”

And then, there’s the traditional hypocrisy that you get from both parties but most notably from the Republicans, preaching the value of liberty and democracy but advocating ever closer ties with the oppressive monarchies of the Persian Gulf.

Romney declared about Obama’s approach to the Arab Spring that “the greater tragedy of it all is that we are missing an historic opportunity to win new friends who share our values in the Middle East — friends who are fighting for their own futures against the very same violent extremists, and evil tyrants, and angry mobs who seek to harm us.”

However, Romney then added, “I will deepen our critical cooperation with our partners in the Gulf.”

One reason that I criticized Romney’s debate performance — though many other Americans, including many Democrats, disagreed with my assessment — was that I felt his lying and his squirrely behavior were more important than Obama’s sluggishness.

Besides the lies and misrepresentations in the speech, there were some genuine policy differences expressed by the Republican presidential nominee. For instance, he vowed to expand the U.S. military and to deploy it more aggressively around the globe.

Romney also repeated his pledge to yoke U.S. foreign policy to Israel’s desires. “The world must never see any daylight between our two nations,” he said.

And Romney renewed his belligerence against Russia, which he had previously deemed “without question, our Number 1 geopolitical foe.” In his speech on Monday, Romney said, “I will implement effective missile defenses to protect against threats. And on this, there will be no flexibility with [Russian President] Vladimir Putin.”

Despite the Depression-level economic crisis gripping Europe, Romney also announced that he “will call on our NATO allies to keep the greatest military alliance in history strong by honoring their commitment to each devote 2 percent of their GDP to security spending. Today, only three of the 28 NATO nations meet this benchmark.”

One might regard Romney’s neoconservative revival as delusional in a variety of ways — further driving the United States toward bankruptcy even as U.S. interventionism in the Muslim world would surely make matters worse — but it is Romney’s reliance on systematic lying that perhaps should be more troubling to American voters.

Romney has long been known as a serial flip-flopper who changes positions to fit the political season, but his pervasive mendacity has been a concern since the Republican primaries when his GOP rivals complained about him misrepresenting their positions and reinventing his own.

That pattern has continued into the general election campaign, with Romney telling extraordinary whoppers on the campaign trail and even during last Wednesday’s presidential debate, such as when he claimed his health-care plan covered people with pre-existing conditions when it doesn’t.

One reason that I criticized Romney’s debate performance — though many other Americans, including many Democrats, disagreed with my assessment — was that I felt his lying and his squirrely behavior were more important than Obama’s sluggishness. Telling lies while waving your arms shouldn’t trump telling the truth in a moderate tone.

Indeed, as a journalist, I simply cannot abide politicians who lie systematically, who don’t just trim the truth once in a while but make falsehoods a strategic part of their politics and policies.

When I arrived in Washington in 1977 as a reporter for the Associated Press, the nation had just emerged from the Vietnam War and the Watergate scandal. To reassure the country that the government could be honest, President Jimmy Carter promised never to lie to the American people.

But then came the Reagan administration with its concept of “perception management,” i.e., the manipulation of the public’s fears and prejudices for the purpose of lining up the people behind new foreign adventures. A chief  “public diplomacy” goal of the administration was to cure the American people of “the Vietnam Syndrome.”

Thus, minor threats, like peasant uprisings in Central America, were portrayed as part of a grand Soviet strategy to invade the United States through Texas. The strength of the Soviet Union was itself exaggerated to justify a massive U.S. military build-up. Today’s neocons cut their teeth of such distortions and lies.

Post 9/11, with George W. Bush in the White House, this neocon strategy of fear-mongering led the United States into the debacle of the Iraq War (in pursuit of imaginary weapons of mass destruction).

Now, less than a year after U.S. military forces left Iraq — and with a withdrawal from Afghanistan finally underway — the latest polls suggest that the American voters are shifting toward the election of another neocon President who promises more soaring rhetoric about U.S. “exceptionalism” and more interventionism abroad.

It’s almost as if many Americans like being lied to.

[Robert Parry is the editor and founder of Consortium News. Parry broke many of the Iran-Contra stories in the 1980s for the Associated Press and Newsweek. His latest book, Neck Deep: The Disastrous Presidency of George W. Bush, was written with two of his sons, Sam and Nat, and can be ordered at neckdeepbook.com. His two previous books, Secrecy & Privilege: The Rise of the Bush Dynasty from Watergate to Iraq and Lost History: Contras, Cocaine, the Press & ‘Project Truth’ are also available there.]