Ron Jacobs : ‘Another Self Portrait’ of Bob Dylan 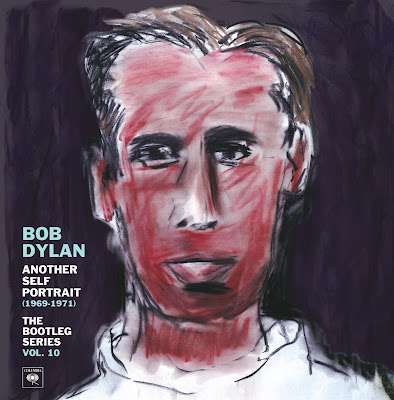 Another Self Portrait:
Dylan’s take revisited

Dylan’s voice here is the voice of an earnest troubadour. There is little of the smoky raspiness present in his mid-sixties material or the world-weary gruffness of Dylan’s current persona.

When I lived there in the early 1970s, the main shopping area in Frankfurt am Main revolved around the Hauptwache U-Bahn stop.

Part old-world cobblestone streets and alleyways filled with small shops and part modern multifloor department stores, including the Kaufhof firebombed by the Andreas Baader (the future Rote Armee Fraktion leader) and others in an action against capitalism and war, the area covered several city blocks.

It served as a crossroads for several streetcars, a subway (U-Bahn) station that included a large shopping area, the American Express office, and lots of action. A few blocks away was the Opernplatz, site of the then bombed-out Frankfurt Opera House and the site of most major political rallies in the city.

One of my favorite stores to hang out in was in the underground shopping area at the Hauptwache. It was a fairly large store that sold records, books, and periodicals. The first time I walked around the Hauptwache and found the store, it was the enlarged cover of the Evergreen Review featuring a picture of Che Guevara that attracted me. The date was in early March 1970.

I wandered around the store, looking at the treasures therein. New Left books from around the world, mostly translated into German but some in English, leftist newspapers, a small English language book section, underground newspapers from Britain and the East Coast of the United States, and hundreds of rock, blues, and classical records.

I had no money. I fingered the records in the bins, determined to get some money and buy a couple of them. The next time I visited the store a clerk showed me the turntables in the back where I could listen to albums before purchasing. She sat me down with Jethro Tull’s second album and I gave it a listen.

The next time I went to the store, I had 30 Deutsch Marks in my pocket. It was enough to buy a record and a couple undergrounds. The first record I saw in the window, and the reason I’m writing about this store, was Bob Dylan’s Self Portrait. I had already read a good deal about the record, most of it negative. I didn’t care. I loved Bob Dylan. I bought it without a listen. It cost 30 DM. No underground newspapers for me that time.

After getting on the streetcar home I opened the bag, unwrapped the cellophane from the album and studied the package. The songs were mostly traditional tunes with a couple live recordings of Dylan and the Band from the previous year’s Isle of Wight festival. The front was a primitivist style painting of Dylan by Dylan. A self-portrait obviously.

When I got home, I put it on the turntable. I was immediately taken, even with some of what seemed to be overproduction on some of the tracks. Besides the two tracks from Isle of Wight (“Quinn the Eskimo” and “Like a Rolling Stone”), my favorite tunes were “Days of ‘49” and “Blue Moon.”

Fast forward to 2013. A new Self Portrait disc is in my player. It’s titled Another Self Portrait and includes the tracks from the first album with that name and a few others from the same period, including a demo version of “When I Paint My Masterpiece,” a couple early takes on tunes that were on 1969’s Nashville Skyline, and some songs that appeared on the New Morning disc.

The tracks are almost all completely stripped down. Just Bob and guitar on quite a few of them. It’s even better than the original. The innocence present in this collection makes me wish it was still here. Since it isn’t, this helps me pretend otherwise.
Dylan’s voice here is the voice of an earnest troubadour. There is little of the smoky raspiness present in his mid-sixties material or the world-weary gruffness of Dylan’s current persona.

The music is as close to pure as anything ever released by Dylan. The guitar is clear and clean, his picking and strumming reflecting a casual and comfortable relationship with the instrument. The songs that include other players remind one of a very talented and friendly jam session. The songs range from outlaw ballads to songs of love; from pop standards to Dylan compositions. Arrangements are modified and time signatures changed, creating an element of surprise for the listener and lending a different understanding to the lyrics.

Bob Dylan was living in Woodstock, New York, just prior to when these songs were recorded. He was a married man making music and raising kids in the country. Some of his fans were also moving to the country, eager to leave the cops and the dealers of the city behind.

The war in Vietnam continued to rage, while the antiwar movement was taking desperate turns, wondering how in the hell it could stop the killing. Cops in all sorts of uniforms (and many not in uniform) were doing their best to disrupt and destroy the positive changes the counterculture was trying to establish. Music might have been the only salvation.

The guitar playing on these songs is superb and technically superior to anything Dylan recorded before. In addition, the musicians that appear on these songs are topnotch and include David Bromberg, The Band, Al Kooper, Norman Blake, Charlie McCoy, Charlie Daniels, and a myriad of other top players, many then working in Nashville.

The musical interaction between Dylan and his fellows creates a performance ranking among the best Dylan has ever put together. This is somewhat remarkable given the mostly negative response the first Self Portrait album received. In part, that reception can be blamed on the strings that were laid on top of many of the original tracks. To put it simply, the overdubs hid most of the folk instrumentation actually played during the recording sessions.

Another reason for the poor reception had to do with the expectations so many people had for Dylan in 1971. Despite his recent attempts to step back from the role of generational spokesman and all-around revolutionary so many had placed on him (and, to be honest, he encouraged in some ways), all too many of his listeners wanted him to lead the charge. However, it turned out Dylan did not even want to be in the battle.

There is one song in this collection that I first heard on the bootleg (unauthorized release) known as the Great White Wonder. This song has always intrigued me with the simple manner it emotionally stirs the listener to consider the grimy, lost men that sit on sidewalks around the world. Titled “Only a Hobo,” it’s the first Dylan song I ever learned to play on guitar.

That’s not why I like it, though. It’s because of the song’s unadorned musical approach to its subject matter. Bob Dylan sings a tale of a broken man whose heroism goes unnoticed because his heroic act is just that of being alive in spite of the fact that his life has gone “from a drop in the bucket to a hole in the ground.”

The version on this CD has a banjo playing clearly in the background, plucking away the minutes of a dying hobo’s life. That banjo extracts the melancholy present in this story of capitalism’s castoffs. Together with Bob Dylan’s singing, the melancholy of a hobo’s life is forged into the beauty that is the other side of this life.

Another Self Portrait revives a part of Dylan’s catalog that has been unjustly ridiculed. This two-CD set forces a reconsideration of Dylan’s intentions and his artistry during the period these recordings cover. Indeed, critic Greil Marcus does exactly that in his set of liner notes accompanying the CD. (It was Marcus who wrote the infamous Rolling Stone review that asked of the original Self-Portrait, “What is this shit?” — more in response to the album’s reception than to the music therein.)

Suffice it to say, it is worthy of reconsideration.

This entry was posted in RagBlog and tagged Another Self Portrait, Bob Dylan, Folk Music, Music, Rag Bloggers, Recordings, Rock and Roll, Ron Jacobs, Self Portrait. Bookmark the permalink.