Ron Jacobs : Back to School in the Twilight of Capitalism 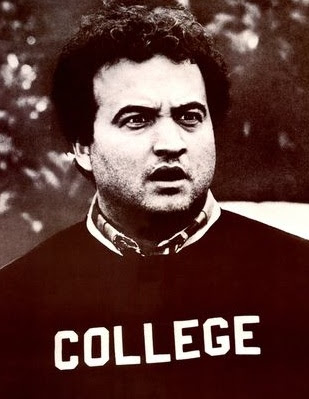 The combination of high costs, a smaller job market, and decreasing financial assistance has made postsecondary education a less-likely choice for many capable potential students.

Universities serve multiple purposes in a modern capitalist society. One of those purposes — the education of young adults — is a noble and worthy one. It is how this is done that is often less noble.

If capitalism requires technicians and managers, it is technicians and managers that are trained. If capitalism needs fewer of these positions, then fewer are trained. Education as a worthwhile pursuit in itself is diminished by its subservience to the agents of capital. It is further diminished when those agents limit said education by raising the costs beyond that which is affordable for most.

It is also diminished when the research it undertakes is primarily that demanded by the military and corporate behemoth commonly known as the military industrial complex. When that subservience is enforced by police operating at the behest of the university administration (who are beholden to the corporate state for their funding), its function as an educational institution is replaced by its function of control.

Like protests in the 1960s and onwards, the Occupy-related protests on university and college campuses last year proved the veracity of the previous sentence quite dramatically. The aggressive use of nightsticks and pepper spray by campus police remain vivid images in the memories of those who saw them, no matter what their opinion of the protests. Like nightsticks and chemical agents of the past, the instances of their use are even more vivid in the memories of those who were the targets.

I work at a college in a college library. I am not a faculty member, but my work involves plenty of interaction with both faculty and students. Unlike many other institutions of higher education, the place I work tends to hire full time positions more than adjuncts. Most places where higher education is sold tend to hire the latter for the simple reason that adjuncts are cheaper. Indeed, they are the equivalent of hiring temps. No benefits, lower wages for the same work, no guarantees.

In short, the same work is expected from adjuncts that is expected from full-time tenured faculty. Often, however, adjuncts work at two or three institutions just to make ends meet. Consequently, the work they do occasionally suffers.

Another aspect of today’s colleges that I would like to address is the shrinking of the recruitment pool targeted by colleges today. This is caused in part by the decrease in government-supplied financial aid, from grants to work-study. In an environment where most private colleges cost $40,000 per year, the cutback in financial aid ensures even less access to potential students from working class families.

Another cause can be read into the questioning by right wing candidates of the value of a college education. Of course, it is not their children for whom they are questioning the value; it is for those very same students that the curtailment of financial aid has already made clear they are no longer so welcome. Many people can just plain not afford to go $20,000 or more in debt for an education, nor can their families afford to support them.

The first time I attempted college was in 1973. When my dad dropped me off at the Bronx campus of Fordham University I was greeted by my RA and an invite to the freshman orientation picnic. The first thing I noticed when I entered the courtyard where the picnic was just beginning was a garbage can full of iced-down Rheingold beers.

The next day I went to pay my bill. I had received a scholarship for everything but five hundred dollars of my total costs. Oh yeah, those total costs were around $5,300 for the entire year. Fordham now costs almost10 times as much.

I left Fordham after one year for non-financial reasons. I spent my sophomore year at the University of Maryland’s College Park campus. The cost for in-state tuition there in 1974 was $600 for the year. It is now a little more than $5,300. That is almost nine times the rate in 1974.

The bottom line is that these increases make it very difficult for many young people to go to college. It cannot be stated often enough that much of this change is due to a decrease in funding from the government.

As news reports of protests against tuition hikes from around the world prove, this is not merely an American phenomenon. In fact, student protesters in Britain, Chile, and Quebec (among others) have not only protested tuition hikes, they have also made it clear that those hikes are designed to prevent working class students from getting a university education by making that education unaffordable.

The neoliberal mentality taking over education will destroy its essence. That which is not necessarily quantifiable should not be commodified. When this occurs, the wrong elements will always be those which are measured. Education is not necessarily about getting a job. It is about learning to think critically. When the educational system no longer emphasizes this, its demise may not be far off.

Why are there not more student protests in the United States? Perhaps it is because U.S. residents are convinced that the government does not have a role in funding education.

When teachers are blamed for the recession and vilified for their wanting decent working conditions and a good wage to educate our children, there is something demented about the assumptions of our nation. When billionaires who made their money by destroying the economies of entire communities are given television shows where they “fire” people, there is something demented about our media.

When politicians from both the major parties are afraid to jail government officials, military officers, and torturers for crimes against humanity, there is something fundamentally wrong with our entire nation. When bankers write the very laws that govern their business practices and those laws have nothing to do with ethical business practices, the very system of laws is as bankrupt as the millions of people negatively affected by those laws.

The combination of high costs, a smaller job market, and decreasing financial assistance has made postsecondary education a less-likely choice for many capable potential students. This is not an accident. Neither are the attacks on education by politicians bought and paid for by the wealthiest of the human race.

After all, this latter bunch can always get a quality education for their offspring, just like they can get enough of the rest of us to fight their wars and work in their minimum wage jobs.