This epic work unfolds in a litany of prejudice, arrogance, and wrongheadedness, all told in a manner that is delightful to read. 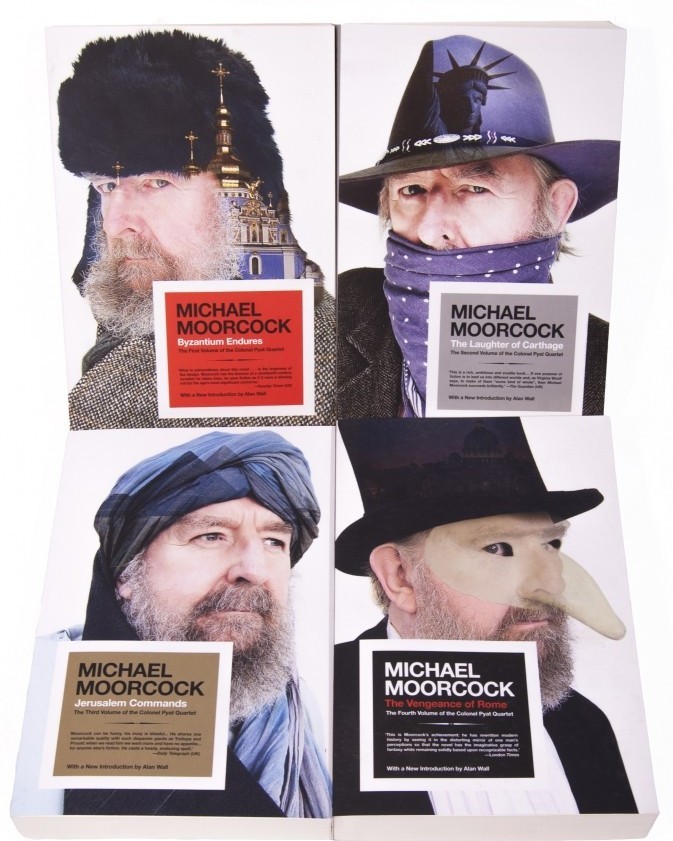 Some books epitomize the historical moment they are written about. These books, through the power of their narrative, provide a contextual ambience so real the reader becomes a part of the tale being told.

Some such texts that come to mind are Herman Melville’s Moby Dick and Joseph Conrad’s Heart of Darkness. The engrossed readers of these two novels cannot separate themselves from the surf or the ship of Ishmael, Queegeeq and Captain Ahab. Nor can they view Kurtz’s jungle nightmare from a distance that might allow a dispassionate response. We are with Marlow in his discovery of the horror or we are one of Kurtz’s tortured victims.

The twentieth century has its share of such books, too. In Armies of the Night, Norman Mailer describes his experience in Washington, DC during a series of October 1967 protests against the U.S. war in Vietnam so expertly that we too feel the thump of the nightstick, the excitement of the confrontation and the effects of the coffee cup of bourbon he drinks near the beginning of the text.

Likewise, John Cheever’s suburban white folks in Bullet Park evoke the flatness of suburban life so well; we too become numb to the diversions his characters undertake. The despair, drudgery, and dirt of the early twentieth-century slaughterhouse floor in Upton Sinclair’s The Jungle is masked only by the stench the author forces us to breathe.

The narratives of each of the four books mentioned above occur in a short amount of time. To write about an entire century would seem to require considerably more space. In that regard, Michael Moorcock’s Pyat Quartet encompasses three quarters of a century, three continents, and a couple thousand pages.

The books, each bearing a title of an ancient geographical entity: Byzantium Endures, The Laughter of Carthage, Jerusalem Commands, and The Vengeance of Rome, seem to represent the protagonist’s desire to see his times as equivalent to the histories of those great cities and their legions of the past. This epic is the story of one man with many aliases, national allegiances, and tales. Like their protagonist, the four books of this quartet are ceaselessly entertaining, thought-provoking, and engaging.

This is a tale of the century seen through the eyes of an irascible, narcissistic, and possibly insane genius whose political sympathies lie with monarchists and fascists.

The author Moorcock’s pretense is that he is the editor of Maxim Arturovitch Pyatnitski’s journals (aka Colonel Pyat.) Born January 1, 1900, Pyat’s tale is that of an adventurer, dreamer and fantasist, lover, actor, hustler and soldier. As he blunders himself through the century he finds himself in the company of exiled nobility, drug smugglers, engineers, klansmen, prostitutes, and the up and coming leaders of the fascist governments of Italy and Germany.

His intrepid adventures find him in the arid wilds of the Sahara, among addicts and hookers in Istanbul, upon some of the world’s finest yachts, imprisoned as a sex slave in Morocco, and as a Sonderkommando prisoner in Auschwitz.

Other than his chameleon-like adaptability, the only other constants in Pyat’s life are his cocaine habit, his fascist sympathies, his certainty in the supremacy of Mother Russia and her Church, and his platonic relationship with fellow survivor, actress and dancehall singer Miss Cornelius.

Pyat is part arrogant know-it-all, part bumbling fool, part intentionally ignorant, and part victim of circumstance. Never acknowledging that he might be wrong, he forges ahead through the century, always choosing to side with those he thinks will be the victors. He is not a hero, and his humanity is not the stuff that pleasant tales are made of. His view seems to be that there are those who are worthy of life and those who aren’t.

Like so many of his century’s denizens, he considers those not worthy to be those who don’t look like him. Likewise, he claims no hatred toward those he considers subhuman, just a lack of concern or compassion for their plight. In a previous piece where I reviewed the first book in this quartet, I wrote that “…Upon further thought, it is exactly that which makes Pyat unattractive that ensures his durability in a century of hate, genocide and disaster.”

Like Brecht’s Mutter Courage minus her overbearing cynicism, Moorcock’s Pyat is a metaphor for modern humanity.

Like Brecht’s Mutter Courage minus her overbearing cynicism, Moorcock’s Pyat is a metaphor for modern humanity. Because he does not share the cynicism of Brecht’s character, however, he is even more representative of our species’ modern manifestation; too willing to believe the lies of the powerful and go along with their schemes and battles over land and ideas.

One of Pyat’s fixations is that he is an engineer of transcendent ability. Beginning with his youth in Kiev, he designs and, when funding is available, builds airplanes of different sizes and functions. Never tiring of touting his engineering designs and perceived abilities in the field, he carries his favorite designs wherever he travels. No matter what circumstances he finds himself in — luxury accommodations or a dank prison cell — one of his primary concerns is always the whereabouts of those designs.

The unwavering presence of Pyat’s airplane designs and the interest shown in them by capitalists, state bureaucrats, revolutionaries, and reactionaries alike raise a question regarding the role played by technology in our time as surely as the development of cinematic technology discussed in the quartet explores the relation of that technology to its role in the propagating the myths of modern society, both private and governmental.

One might wonder how this litany of prejudice, arrogance, and wrongheadedness can be told in a manner that is delightful to read. The fact that it is is testament to Moorcock’s ability to weave a tale. The situations Pyat finds himself in are amusing and horrifying, sometimes at the same time. The product is multidimensional, longwinded yet not stagnant, and as colorful as any cloth taken from a Turkish rug weaver’s loom.

There are numerous women, all of whom — in desires, intelligence, and understanding — are equivalent to Pyat himself. The fascist leaders who play a significant role in the fourth book of the quartet are portrayed as simultaneously clever, creative, and depraved. Pyat’s willingness to make excuses for their behavior is not of their design, but from his desire to believe.

That phenomenon in itself comes incredibly close to defining the essence of modern man; despite so much evidence to the contrary, we insist on maintaining faith in our leaders’ ultimate goodness. Conversely, we refuse to acknowledge the possibility, no the likelihood, that their weaknesses are greater than ours.

Indeed, much of their strength lies in that refusal, thereby providing these men and women with a means to manipulate our actions and even our thoughts. Michael Moorcock’s production of the fictional Maxim Arturovitch Pyatnitski’s journals is a task whose reward lies in its enjoyment by the reader.

Find more articles by Ron Jacobs on The Rag Blog.