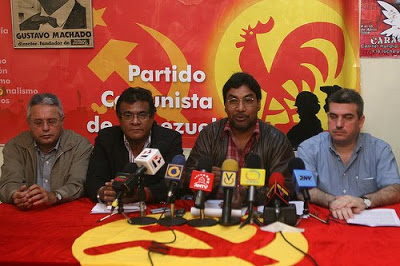 On my way to town hall, I saw a grass roots organizer talking with Diego at the beginning of Hunger Street. He was explaining that he was tired of periodic failures to adequately fulfill the plan Casas de Alimentación, which provides a hot meal daily for homeless and other needy people. The federal government pays for this with oil profits but it is put into action by municipal governments. This organizer complained that some of the 100 to 150 homeless and most needy were not getting their meal or use of a shower and he was threatening to organize a protest.

In La Victoria, 20 houses are centers for this program. There are 6000 such houses in the country. Housewives volunteer their time and kitchens to make the lunches.

Another connected alimentation plan is in place in public school, currently feeding 60% of all students. Students and teachers eat nutritious meals together, which are prepared locally. Any leftovers are given out the same day to needy persons, including homeless. Diego had recently given me a leftover lunch from his lover’s school. It consisted of paella: chicken and rice, with olives and red peppers; beets and two pieces of bread. Sumptuous!

At town hall’s center, about 80 assembled to celebrate the Communist party 77th anniversary. I read their “Red Letter” leaflet printed in red ink for the occasion.

It clearly supports the Chavez-led Bolivarian Revolution and warns that imperialism, the final phase of capitalism, threatens the revolution as it does all people’s struggle for improvement, for liberation and sovereignty. The leaflet is written in common language and speaks to people’s discontent with local governments backing Chavez, including La Victoria, for failure “to accomplish the expectations generated by its electors”.

The experienced Communist party also calls upon Chavez party forces to align with it in forming a National Anti-Imperialist Front (FNAI), thus broadening the struggle against US imperialism’s real threats from abroad and internally.

Oscar Figuera stood at the podium. Short mulatto with stubby black-gray beard, he is the party’s secretary-general and a deputy from Aragua state in the parliament, one of eight Communists elected in 2005. In the 2006 presidential elections, the PCV received nearly three percent of the national vote, making it the nation’s fourth largest. It added its 342,000 votes to the Chavez Patriotic Alliance for a total of 7.3 million votes. All but 15 of the 167 National Assembly members support the Chavez-led process.

I quote from some of Figuera’s comments.

“Thousands of us Communists have shed our blood on this earth to make a better world, to create socialism. We stand beside President Chavez today…We support the PSUV and we don’t want any of them to leave it for our party, which we must maintain to guide us toward socialism. If PSUV socialists left the party, it would leave its right-wing with greater influence. But we want our parties, and other radical ones, to increase the strength of the Patriotic Alliance, and to join us in creating a massive FNAI.”

There was strong applause when Figuera spoke in support of FARC, which he said the PCV viewed as a legitimate force and a strategic ally. “We don’t condemn the armed struggle as a form of struggle against a state that closes the democratic process.”

Chavez had ceased criticizing the PCV for not merging into the PSUV, which had been his position. The PSUV had recently rejoined the shaky Patriotic Alliance, which also included the Party for All (Partido Para Todos), a second generation split off from the PCV. But, in July 2008, once Chavez had called upon FARC to dissolve and inexplicably invited Uribe to Caracas as a friend, the PCV exercised its political principles by conducting street demonstrations against the narco-trafficking, para-militarist Uribe. Chavez rebuked the PCV for this, something many Chavez supporters considered ingenuous.

When Figuera ended his speech, I spoke with Murillo Baez. At 73, he’d been a member of the PCV for 47 years. He had witnessed an act of carnality committed by Latin America’s most infamous terrorist, Luis Posada Carriles.

“Yeah, Bambi Carriles, as we knew him. He was the worst,” the gray-haired black man drawled, remembering the living nightmare. “I read he’s still a terrorist running loose in Miami with the rest of them. And Bush says those who assist terrorists are terrorists!”

“It was in late 1960s. Carriles was a high official in Venezuela’s secret police, the dreaded DISIP. Another right-wing Cuban exile working with the CIA was DISIP chief for some years [Orlando García Vázquez]. I don’t know if Leoni Otero or Caldera Rodríguez was president. It didn’t matter, really. They were all under the US government, and their secret police was run by the CIA with gusano agents [Cuban right-wing exiles].

“Our party was prohibited and many were in the mountains. I was the president of the local CTA union and was in our office in La Victoria when we heard the screams and shots. Some unionists and underground comrades were meeting up the block. Somebody must have tipped off the DISIP. Carriles led the murder of 10 people. Some were ripped up. One pregnant woman gave birth under the attack. They burned the baby with cigarette butts. We couldn’t do anything. We had no weapons and the secret police were well armed.”

As Baez and I spoke, Carriles was a free man walking the streets in Miami where he would soon be honored, on May 7th, by 500 fellow Cuban Americans. He had been released a year before from a Texas jail cell when a Bush-appointed federal judge dismissed the only charge against him—making false statements to immigration officials. He came to the United States illegally after being pardoned in Panama, in 2004, by Bush-friendly President Mireya Moscoso. He had been captured in 2000; tried and sentenced for attempted assassination of President Fidel Castro when he was to deliver a speech to students in Panama. The Panama Supreme Court recently ruled that pardon unconstitutional. [See this.]

The United States Attorney General refuses to even answer Venezuela’s request for Carriles’ extradition, thus abrogating the mutually signed extradition treaty. Carriles is wanted as a fugitive from one of the worst acts of terrorism: the bombing of a Cuban airliner, October 6, 1976, in which all 73 passengers and crew were killed. It was the first political air terrorism “hit” in the Americas. Released FBI archives show that Carriles had informed his Washington DC handler that an upcoming “hit” would occur against a Cuban airliner. [See this.]

Luis Posada Carriles is good friends with the rich and powerful in Miami and with Florida’s governor, Jeb Bush. Among his most powerful associates is co-master mind of the 1976 bombing, Orlando Bosch, also a free man living in Miami. Both had been imprisoned in Venezuela for their role in the airline bombing, but the CIA assisted their escape in the mid-1980s. Another powerful ally was former CIA agent Jorge Mas Canosa, now deceased. He became wealthy in related economic activity as a CIA agent. After his part in the Bay of Pigs invasion, he founded the Cuban-American National Foundation. CANF helped finance many acts of terrorism both within the US and in Cuba. Among them were explosions at tourist hotels in Cuba and bombing plans against museums. Carriles bragged to the “New York Times” (July 12-13, 1998) about these acts of terrorism, in which one man was killed and 11 wounded. [See this and this.]

Cuba was concerned about this sabotage. Not only was it lethal, it injured their primary income. Leaders believed (strangely) that the FBI might be interested in cooperating to stop the terrorists in Miami. Over 300 acts of sabotage and assassinations had been committed inside the United States by these terrorist groups since 1959 when Cuban exiles began operating there. Cuba had experienced thousands of terrorist acts, which had killed more than 3000 of their people and seriously wounded nearly as many. To defend their country, Cuban intelligence agents had infiltrated these circles over many years. (See my book about 27 of them: Backfire: The CIA’s Biggest Burn, published, in 1991, by Editorial José Martí, Havana: www.ronridenour.com). Just in the years 1990 to 1998, 170 planned acts of sabotage and assassinations had been prevented by these brave men and women, among them were: Gerardo Hernández, Ramon Labanino, Antonio Guerrero, Fernando González and René González.

In June 1998, the FBI was invited to Havana where they were given copies of Cuban intelligence documents in the hope the FBI would keep its promise to put a stop this terror. As Fidel later said, some of the material given included, “14 phone conversations from Luis Posada Carriles in which he provided information about terrorist attacks on Cuba. Information was provided on how to locate Posada…”

The FBI did study the material and was able to ascertain how Cuba had acquired such valuable knowledge. On September 12, 1998, the FBI arrested a dozen Cuban agents who were informing Cuban authorities about plans of terrorism against it. Five of them (named above) were sent to isolation cells for 17 months and then sentenced on “conspiracy against national security” charges to a total of four life terms plus 75 years. The Cuban Five pointed out in defense that they were only monitored the actions of Miami-based terrorist groups, in order to prevent terrorism against their country.

The PCV participates in an expanding international campaign to free the Cuban Five while demanding that the US government honor its own extradition treaty with Venezuela and return the convicted terrorist/mass murderer Luis Posada Carriles to Venezuela for completion of his prison term.

The Cuban Five’s are not terrorists, and their actions were never directed at the U.S. government; they never harmed anyone nor had weapons while in the United States. The only crime they committed was to operate as agents of a foreign government without having registered, for which one can be imprisoned for one to three years. They are still in prison ten years later simply because they acted to defend their homeland against US-baked terrorism.