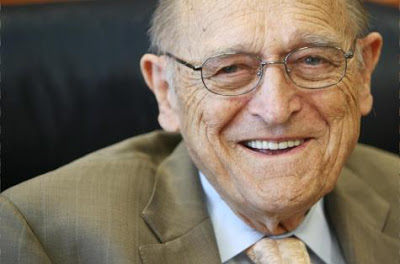 The 95-page landmark ruling issued recently by Judge William Wayne Justice on how Texas is failing limited-English schoolchildren is a deeply depressing read.

Among the U.S. district judge’s findings: Limited-English students lag in standardized test scores and soar in dropout rates. Texas’ system of educating these kids amounts to a hodgepodge of programs across districts and schools that vary widely in results.

The Texas Education Agency’s system of monitoring the hodgepodge is hopelessly dependent on paperwork and too under-funded, under-staffed and under-qualified to verify district data and conduct actual, on-site visits. That leaves the state unable to probe glaring discrepancies and evidence suggesting some schools may be coercing parents to decline their children’s participation in bilingual education and ESL programs.

And if the test scores and dropout rates aren’t dismal enough, Justice seems to suggest that the TEA’s methods of measuring them amount to cooking the books to create “gaps and masks” that distort the problem. Dropout rates are watered down by including middle school dropouts, which are inevitably lower than high school rates. Test results are distorted by comparing Limited English Proficient (LEP) students to “all students,” which of course includes the LEP kids themselves and brings down the overall comparable average.

The judge is giving the state until Jan. 31 to come up with a different plan to educate about 140,000 junior high and high school LEP students.

The only thing more depressing than these findings is the response from the state. No inspiring nose-to-grindstone talk. No promises of forming a task force to meet the judge’s order.

Instead, TEA officials are planning to appeal the ruling.

The tactic could help Texas shirk responsibility or swaddle itself in a comfortable state of denial for a bit longer.

But the state can’t appeal the data.

Texas’ unique challenge of educating a growing population of English-limited students shouldn’t be understated. The number of LEP students grows by at least 30,000 a year and reached 775,432 in the school year that just ended.

It’s easy to wonder, after reading all the bad news, if Texas isn’t just the helpless victim of its geography, doomed to labor in the futile quest of educating an endless tide of largely Spanish-speaking children for whom failure is largely inevitable.

It’s even convenient to play the victim. In an interview last month with CNBC, Gov. Rick Perry was asked about the discrepancy between the network’s rating of Texas business climate — No. 1 in the nation — compared with its ranking of Texas’ education system — No. 30.

Perry reached for a politically expendable scapegoat: “Texas is, you know, a very diverse state, when you look at the border with Mexico that we share. And obviously there’s a substantial number of children that we educate in the state of Texas from parents who don’t speak English as their first language.”

So, we have “some difficulties” there, Perry said.

Where is the leadership? While the challenges of educating limited-English students are real, they aren’t the only challenges we face. These students, who make up about 15 percent of the Texas public school population, can’t be blamed for every shortcoming.

And lest anyone be tempted to tangle this issue with illegal immigration, Justice writes that 87 percent of limited-English students aren’t classified as immigrants at all. For the most part, they were born here.

Instead of grasping for excuses, our state leaders should focus on solutions. And even in Texas, they’re ripe for the finding. Texas actually has within its patchwork of bilingual education programs gems that have reported real successes in educating limited-English students.

In some ways, bilingual education experts say, Texas is among the most progressive states in the nation in embracing innovative bilingual education instructional models, many backed by research that supports allowing students to develop cognitively in their native language, rather than rushing them into English-only classes.

We still allow standardized testing assessments in English and Spanish. And dual language programs, which aim for students to be able to read, write, speak and perform academically in two languages, are flourishing, from poor border schools to the Houston suburbs.

“Just 10 years ago, there were maybe 50 dual language programs,” in Texas, said Leo Gomez, professor at the University of Texas Pan American and an executive board member of Texas Association for Bilingual Education. “Now we’re sitting on 600 schools.”

The data supporting the success of these programs is building, and lawmakers recently passed a measure requiring TEA to map achievement by the type of bilingual education program so we can identify the winners.