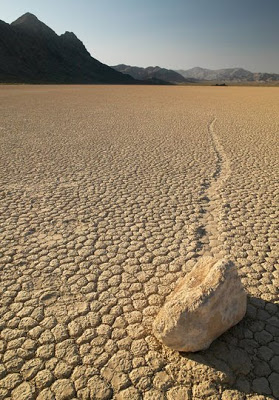 On a roll: Image from Luminous Landscape.
Jann Wenner and Rolling Stone:
The Salon/Adobe/Oracle/Dell connection

As the recent replacement of General McChrystal by General Petraeus as military leader of the Pentagon’s war in Afghanistan indicates, Rolling Stone magazine can publish an article that has a profound effect on U.S. politics during the current historical era of endless war abroad and endless economic recession at home.

But it’s unlikely that Rolling Stone will publish many news articles that are critical of either the Internet magazine Salon’s lack of reporting about U.S. political prisoners or of the way Salon, Adobe Systems, Oracle, or Dell Inc. executives obtain their wealth.

Between 2004 and February 2006, Wenner also sat on Salon’s board of directors, after investing $200,000 in the Salon Media Group in December 2003. According to a January 15, 2004, Salon press release, after Rolling Stone invested in Salon, the Salon founder and then-CEO, David Talbot, stated:

I look forward to working with Jann Wenner on the Salon board of directors… Everyone at Salon is also very excited about collaborating with Rolling Stone… Salon’s partnership with Rolling Stone is full of great promise.

I’m excited about this collaboration between Rolling Stone and Salon.

Ironically, a few years before Wenner joined its corporate board, Salon had posted an article by Sean Elder on June 28, 2002, titled “The Death of Rolling Stone,” which observed:

…The truth is that Rolling Stone has been such an undistinguished hybrid — part ‘70s-style journalism (investigative reporting, distinct voices and rambling interviews), and part any other entertainment magazine you can name for so long that most of its subscribers are probably unaware that they still get it…

As Rolling Stone has slowly morphed into a magazine just like dozens of others, it has lost its reason for being… Rolling Stone seems like an anachronism, the Ladies’ Home Journal of rock journalism…

Between March 2009 and March 2010, for example, Salon collected over $2.9 million from its corporate advertisers and $701,000 from its 15,800 paid subscribers (who pay Salon between $29 and $45 each year). In addition, none of Salon’s 45 full-time and two part-time employees are unionized or subject to a collective bargaining agreement.

Curtailment of cash investments and borrowing guarantees by related parties could detrimentally impact Salon’s cash availability and its ability to fund its operations.

Besides providing “cash infusions” for the media firm whose former president and former CEO is his daughter, William Hambrecht currently sits next to Salon board member Elizabeth Hambrecht on the WR Hambrecht & Co. investment firm’s corporate board, is a member of the Motorola and AOL corporate boards, and co-founded the United Football League in December 2009. The Hambrecht family’s tax-exempt Sarah & William Hambrecht Foundation also owns stock in Salon.

Sitting next to Salon Chairman of the Board Warnock on Adobe’s corporate board between December 2000 and April 2008 was an Adobe executive named Bruce Chizen who “has served as a strategic advisor to Adobe Systems Incorporated… since November 2007,” according to the website of the Oracle computer software company — on whose corporate board former Adobe board member (and Adobe’s CEO between April 2000 and January 2005) Chizen currently sits. Coincidentally, on June 16, 2010, Bloomberg News reported the following:

Oracle Corp., the world’s second- biggest software maker, faces a lawsuit brought by a whistleblower and the U.S. Justice Department claiming it overcharged the government by tens of millions of dollars.

“Oracle failed to disclose discounts that it gave its most favored commercial customers, according to a complaint in federal court in Alexandria, Virginia. Under General Services Administration contracts, the government must get the company’s best prices, according to the complaint.

Taxpayers “overpaid for each Oracle software product by the amount of discounts and reductions from other commercial pricing practices that should applied to each such purchase,” according to the complaint…

When Oracle board member Chizen was an executive at Salon board chairman Warnock’s Adobe firm, he apparently was not reluctant to eliminate the jobs of a lot of Adobe workers in order to enrich Adobe’s already wealthy top executives and stockholders. As the San Francisco Chronicle, for example, observed on June 3, 1999:

Adobe Systems Inc. yesterday announced it will slash 250 jobs by the end of the year, the second round of layoffs to hit the San Jose graphics software maker in the past nine months.

…The layoffs… will cut about 9 percent of Adobe’s workforce…

Yet in the same breath, Adobe executives said revenues for its second quarter, which ends tomorrow, should be better than expected. Adobe expects as much as $246 million in revenues for the quarter, which would touch the high end of analysts’ estimates.

“The business is doing well and we are certainly excited by that,” said Bruce Chizen, Adobe executive vice president for worldwide products.

Adobe dominates the market for graphics and document software used by publishers with programs like Illustrator, Photoshop and PageMaker…

Last August, Adobe announced a restructuring that eventually pared 350 positions, or 12 percent, of its workforce…

…Chizen said the company’s goal is to save about $25 million to $30 million in administrative costs annually.

And in 2005, Chizen and Salon board chairman Warnock’s profitable Adobe firm was also not reluctant to lay off more U.S. workers, despite generating “record profits” in 2005. As the Seattle Post-Intelligencer (12/16/05) noted:

At Thursday’s earnings announcement, Chief Executive Bruce Chizen said 2005 was “another remarkable year for Adobe.” He added, “We grew our business 18 percent, generated record profits, and for the third consecutive year achieved record revenue for the fourth quarter and year.” …

Salon Chairman of the Board Warnock founded his then-privately-owned Adobe Systems firm with his current co-chairman of the Adobe corporate board, Charles Geschke, in 1982; but, ironically, “their original product called PostScript was derived from technology… developed at the University of Utah,” a publicly-funded state university, according to A History of the Personal Computer by Roy Allan.

The same book also noted that “shortly after the founding of Adobe, Apple Computer made a significant financial investment in the company.”

Besides owing 19 percent of Adobe’s stock until 1989, Apple Computer was apparently, simultaneously, the biggest “customer” of the same Adobe firm that it partially owned until 1989. As the 1997 book Apple by Jim Carlton revealed:

[Apple Computer Founder] Steve Jobs… got Apple to invest $2.5 million in… in Adobe…

By 1989, Adobe had grown to a minibehemoth selling hundreds of millions of dollars worth of Postscript and related programs per year… Adobe licensed PostScript for use on Apple’s Macintosh, with Adobe receiving royalty payments as well as money for the use of PostScript-related Type 1 fonts… It had mushroomed in size in tandem with Apple’s growth…

…Apple paid Adobe royalties on PostScript sold in Laser-Writers, as well as an extra $300 for each Type 1 font needed to print characters…

In 1986, for example, Apple accounted for 80 percent of Adobe’s sales, according to the International Directory of Company Histories.

The current Adobe CEO and president (who both sits next to Salon board chairman Warnock on Adobe’s corporate board and next to Texas Billionaire Dell on Dell Inc.’s corporate board), Shantanu Narayen, also has not been reluctant to lay-off a lot of Adobe workers. As the San Francisco Chronicle reported, for example, on December 4, 2008:

Adobe Systems in San Jose is laying off 600 employees…

“The global economic crisis significantly impacted our revenue during the fourth quarter,” Adobe’s president and chief executive officer, Shantanu Narayen, said in a statement. “We have taken action to reduce our operating costs and fine-tune the focus of our resources on key strategic priorities.”

Yet the AFL-CIO website indicates that “in 2009 Shantanu Narayen received $6,663,781 in total compensation” — after the Adobe CEO and Dell Inc. board member eliminated the jobs of eight percent of Adobe’s workers in 2008. And although Adobe’s 2009 revenues still exceeded $2.9 billion, in November 2009 the Tech Crunch website confirmed that Adobe executives were going to lay off 680 more Adobe workers — representing nine percent of Adobe’s remaining work force — in 2010.

But at Adobe board Co-Chairman Warnock’s Salon Media Group, Salon executives still seem to earn a lot more money than the average U.S. worker. According to Salon’s December 2009 10K financial filing, for example, Salon Editor-in-Chief Joan Walsh “received cash compensation of $219,000 during fiscal year 2009” and “Richard Gingras, who became” Salon‘s “CEO effective May 1, 2009, earns a base salary of $230,000.”

…The Mumia cult sickens me like little else in American politics today. For the white left, it’s Black Panther worship all over again, with even less to worship… Abu-Jamal has done little but run a one-man self-promotion machine from prison.

…Mumia’s minions are content with marching in the streets and signing petitions on behalf of their cuddly convict. “He is just beautiful,” says author Alice Walker. “He has a lot of light. He reminds me of Nelson Mandela.” What an insult to Mandela…

Mumia madness pushed me over the edge earlier this year, when Oakland teachers demanded to stage a teach-in on his behalf throughout the Oakland schools…

Besides owning both stock in Adobe Co-Chairman Warnock’s Salon Media Group and Rolling Stone magazine, Wenner’s media firm also owns both Us Weekly magazine (www.usmagazine.com) and Men’s Journal magazine (www.mensjournal.com). According to New York Magazine (3/27/00) in at the turn of the century, Wenner Media was still a private company “worth somewhere between $500 million and $750 million, with earnings in the $40 million-to-$60 million range.”

In the early 1990s, Wenner spent about four months out of the year at his three-story country manor in East Hampton, Long Island, employed servants there, and also owned both a five-story Manhattan townhouse and a Mercedes limousine, according to the book Rolling Stone Magazine: The Uncensored History by Robert Draper.

And in October 2009, Wenner apparently purchased an eight-room, three-story waterfront home on one and a half acres in Montauk, Long Island for $11.9 million — after previously purchasing a 62.9 acre upstate estate in Tivoli, New York for $5.8 million in 2007, according to the New York Post (10/22/09).

So if you’re a U.S. music fan who’s been suffering economically during the current U.S. historical era of endless war abroad and endless economic recession at home (or been laid-off recently by corporations like Adobe, Oracle, and Dell), don’t expect Rolling Stone or Salon to be that eager to promote a more equitable redistribution of the U.S. celebrity music world and U.S. high-technology computer industry’s surplus wealth in 2010.

[Bob Feldman is an East Coast-based writer-activist and a former member of the Columbia SDS Steering Committee of the late 1960s.]
The Rag Blog