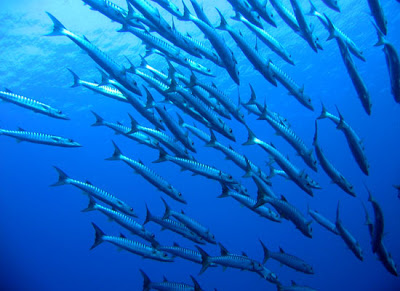 FORT MYERS, Fla. — John McCain is collapsing in the polls in Florida and other swing states, but Sarah Palin, God bless her, has a solution.

“For me, the heels are on, the gloves are off,” she announced at high noon Monday to a group of Republican donors at the Naples Beach Club.

As the donors sipped their bloody marys and mimosas, she added, in a conspiratorial stage whisper, “I’m sending the message back to John McCain also: Tomorrow night in his debate, might as well take the gloves off.”

Of course, it’s not only gloves and heels; headgear has a role, too. “Okay, so, Florida, you know that you’re going to have to hang on to your hats,” she said at a morning rally in Clearwater, “because from now until Election Day, it may get kind of rough.”

Sen. Lindsey Graham, a McCain confidant, told The Post’s David Broder that the campaign would “go down in history as stupid if they don’t unleash” Palin. Well, the self-identified pit bull has been unleashed — if not unhinged.

Barack Obama, she told 8,000 fans at a rally here Monday afternoon, “launched his political career in the living room of a domestic terrorist!” This followed her earlier accusation that the Democrat pals around with terrorists. “This is not a man who sees America the way you and I see America,” she told the Clearwater crowd. “I’m afraid this is someone who sees America as imperfect enough to work with a former domestic terrorist who had targeted his own country.” The crowd replied with boos.

Worse, Palin’s routine attacks on the media have begun to spill into ugliness. In Clearwater, arriving reporters were greeted with shouts and taunts by the crowd of about 3,000. Palin then went on to blame Katie Couric’s questions for her “less-than-successful interview with kinda mainstream media.” At that, Palin supporters turned on reporters in the press area, waving thunder sticks and shouting abuse. Others hurled obscenities at a camera crew. One Palin supporter shouted a racial epithet at an African American sound man for a network and told him, “Sit down, boy.”

McCain’s swoon is largely out of his control, the result of an economic collapse that ignited new fears Monday when the Dow Jones industrial average closed below 10,000 for the first time in four years. That’s why his lead in Florida polls, which once reached as high as 15 points, has turned into a three-point deficit.

But the campaign has reacted with recriminations (the St. Petersburg Times reported that the Florida Republican Party chairman, after questioning Palin’s aptitude, was told that he couldn’t fly on her plane) and now Palin’s rage.

The angry GOP vice presidential nominee even found a way to blame the market decline on the yet-to-be-enacted tax policies of the yet-to-be-elected Obama.

“If you turn on the news tonight when you get home, you’re gonna see that, yah, this is another woeful day in the market, and the other side just doesn’t understand — no!” she said at an afternoon fundraiser at the home of mutual fund giant Jack Donahue. “Especially in a time like this, you don’t propose to increase taxes. The phoniest claim in a campaign that’s full of them is that Barack Obama is going to cut your taxes.”

Of course, Obama never promised to cut taxes for people at $10,000-a-plate lunches in air-conditioned tents on waterfront compounds. And the crowd — among them New York Jets owner Woody Johnson — reacted without applause to Palin’s Joe Six-Pack lines. After they didn’t strike up the usual “Drill, baby, drill” or “USA” chants, Palin, rattled, read hurriedly through the rest of her speech.

The reception had been better in Clearwater, where Palin, speaking to a sea of “Palin Power” and “Sarahcuda” T-shirts, tried to link Obama to the 1960s Weather Underground. “One of his earliest supporters is a man named Bill Ayers,” she said. (“Boooo!” said the crowd.) “And, according to the New York Times, he was a domestic terrorist and part of a group that, quote, ‘launched a campaign of bombings that would target the Pentagon and our U.S. Capitol,’ ” she continued. (“Boooo!” the crowd repeated.)

“Kill him!” proposed one man in the audience.

Palin also told those gathered that Obama doesn’t like American soldiers. “He said that our troops in Afghanistan are just, quote, ‘air-raiding villages and killing civilians,’ ” she said, drawing boos from a crowd that had not been told Obama was actually appealing for more troops in Afghanistan.

“See, John McCain is a different kind of man: He believes in our troops,” she said.

At times, Palin hinted at the GOP campaign’s troubles. “It’s going to be a hard-fought contest, especially in these swing states, some maybe we would not have expected,” she admitted to donors. She allowed that “John McCain and I need to do a better job” of talking about the economy.

At other times, she had troubles of her own, as when she spoke over the weekend of “our neighboring country of Afghanistan” or when she got choked up at the Clearwater rally, saying, “Some of your signs just make me wanna cry,” without explaining which ones or why.

But then the gloves came off, the heels came out, and Palin was once again talking about her opponent hanging out in a terrorist’s living room.