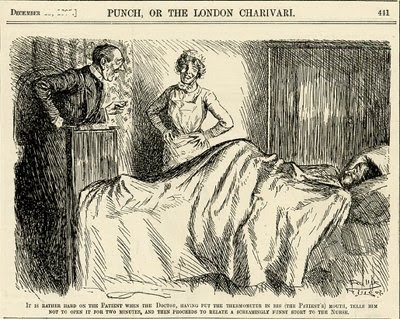 Image from Sky Dancing.
Shredding the envelope:
Healthcare on the ground, Part I

[Shredding the Envelope (“Ruminations on news, taboos, and space beyond time”) is Sarito Carol Neiman’s (occasionally) regular column for The Rag Blog. This is the first in a series.]

I have spent the past three days doing my best to be a helpful and healing presence in Room 422 of Scott & White Hospital in Temple, Texas. My going-on-85-year-old dad is in that room, doing his best to recover from a 7-hour surgery called, in medical terms, a “decortication” of his right lung.

It was needed because at some time in the past year or few, given the best guess of his surgeon, he suffered internal bleeding as a side effect of taking Coumadin, the trade name of warfarin, which is a blood thinner for humans that started out as a hemorrhaging agent used as rat poison.

The Coumadin website features a couple of happy, healthy-looking, stock-photo human beings — one of each gender — on its front page. In my dad’s case, this rat poison turned wonder drug apparently contributed to the creation of a leathery and constricting pouch around his right lung that threatened to suffocate him to death.

Coumadin earned Bristol-Myers Squibb roughly $222 million in the year that I know my Dad was taking it. He might have been taking it for more years, I don’t know, but I remember that particular year because I was in Texas at the time, and saw the alarming and extensive bruising he got from a minor fall, soon followed by an alarming rectal bleeding that prompted a colonoscopy recommended (ridiculously and incompetently, in retrospect) by his GP, for which I served as driver to and fro because Dad was too freaked out altogether to properly handle it on his own. The fact that he actually asked for my help was alarming in itself, given what I knew about him and how he never, ever asks for help.

I told him at the time I thought his blood thinner was to blame. Because he’s my dad and I’m still the kid in his mind, and because he knows perfectly well I’m not a doctor, and because he, like most Americans, suffers from a combo of intimidation and awe-struckness by what passes for a medical profession in this country — and, probably most of all, because he liked the heart doctor who prescribed that Coumadin in the first place — he dismissed the very idea out of hand.

Long story short, after a bout of alleged pneumonia in December of last year, Dad found himself making emergency-room visits because he couldn’t breathe, which grew in frequency to around every three weeks or so, to drain a liter or two of fluid from his pleural cavity. His GP finally recommended the local small-town lung specialist, and she decided Dad might be suffering from TB.

That “might be,” under Texas law, required her to report him to the state health department, and in turn, required the state health department to initiate the “might be TB” protocol, regardless of whether any lab results were still in process or inconclusive. Dad was confined to his house, and the capital-S “state” came by in person each day in the form of a nurse to dispense and personally witness the swallowing of massive doses of antibiotics that made Dad itch and feel horrible.

A couple of weeks passed, and a new, alternative diagnosis of some exotic bird flu (suffered mostly by AIDS patients, I discovered in my research) was substituted for the TB. But for some inexplicable reason the visits by the state nurses with their sick-inducing and now-irrelevant pills continued.

At this point my brother and I intervened, working in tandem from New York and Texas, and dragged Dad off to a different, carefully researched and selected as the best in the drive-able neighborhood, “second opinion” lung specialist.

Excellent idea, difficult execution. At their first meeting, which my brother attended to keep himself in the loop of what we had initiated, the new specialist talked more to my brother than he did to his hard-of-hearing, neither well educated nor articulate but by no means incompetent or dumb patient.

As a consequence, Dad felt infantilized and disrespected. He rebelled, and told us to butt out, he would henceforth handle his health concerns on his own. We complied, what to do, he’s the dad. 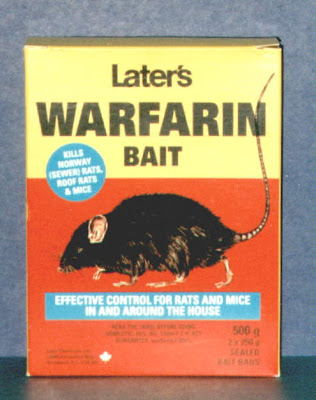 Image from Why Evolution is True.
Another couple of months (along with another couple of emergency fluid-draining procedures) passed before Dad finally accepted the second-opinion specialist’s recommendation, based on scans showing a massive “black area” on the right lung, to have a deeper evaluation of the underlying problem at Scott & White Hospital in Temple, Texas.

This part of the story in itself was a massively revealing look into the practical, on-the-ground, failings of the American “free market-based” healthcare system. I will have to leave it to others with a more intimate knowledge of the workings of that system, and the details of its economic interests and corruptions, to provide any fact-based insight into the underpinnings of it, or how the recently passed “Obamacare” might actually address any of those failings — or not.

What I do know from experience is that the way things are set up now, my father — before my brother and I intervened — had seen three different doctors over the past several years. A cardiologist, a general practitioner, and the local lung specialist recommended by the general practitioner when he started drowning in his own fluids.

There was never any actual collaboration among the three. Perhaps they had a vague awareness of each other’s existence, a kickback arrangement, or simply a star next to a name in the rolodex. There was apparently no requirement, or even commonsense expectation that they might consult with one another and, based on their common experience of the same human being and his health issues, work together toward a diagnosis of a current health crisis experienced by that human being and decide on a course of treatment.

Apparently, in the case of the local lung specialist (at least in Texas) there was not even a requirement that when a patient asks that his/her records be provided to another doctor, as part of obtaining a second opinion, those records must be provided. Because when the woman who diagnosed Dad first with TB, and then with an exotic bird flu, was asked for those records, she refused to hand them over.

Dad had to undergo a repetitive, unnecessary, and not altogether un-harmful extra round of tests and scans and nuclear exposures in order to replicate what she had already done.

My hunch is that there is plenty that could be done (at the very least, putting aside the overall problems of non-socialized medicine for now) to reform Medicare and free it from its current entrapments in inappropriate, costly, exploitive, and profit-motivated ways of doing business that reward doctors for procedures and tests performed, versus rewarding them for helping people get healthy and stay that way.

But, in keeping with the “Shredding the Envelope” premise, I also have a hunch that we have to tackle the softer and more human dimension first and foremost, before we can deal effectively with the hardware.

That’s the subject of Part II of this post.

2 Responses to Sarito Carol Neiman : Healthcare on the Ground