Schwarzeneggar : Time to Show Some Muscle on Prop. 8 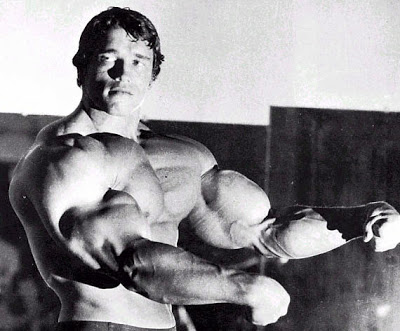 Douglas Kmeic: ‘Gov. Arnold Schwarzenegger may well be a proximate cause of this breakdown … the Prop. 8 case should be settled, and there’s no one better to do it than our governor.’
By Jon Ponder / November 20, 2008

Douglas Kmeic says the Prop. 8 debacle could be resolved by limiting the state of California prospectively to the issuance of civil unions for all couples, rather than marriage licenses, leaving marriage to the churches.

The California Supreme court announced yesterday that it will hear arguments challenging the constitutionality of Proposition 8, the anti-gay amendment that overturned the right of gay people to marry in the state.

The Prop 8 debacle could be resolved by limiting the state of California prospectively to the issuance of civil unions for all couples, rather than marriage licenses, leaving marriage to the churches.

In May, the same court, which is composed of seven Republicans and one Democrat — who are all elected for 12-year terms — decided 4-3 to strike down a law banning same-sex marriage.

The judges are being asked now to decide whether the constitution can be amended to make discrimination against a minority group legal, a move that directly violates the constitution’s foundational principle of providing protection of rights equally to all residents — or whether a change of that magnitude should have been made through the constitutional “revision” process instead. A revision to the constitution would have required a two-thirds vote by both houses of the legislature before going before the electorate as a ballot initiative.

In a recent San Francisco Chronicle op-ed, Douglas Kmeic Pepperdine law professor , who served as a high official in the Reagan and Bush I Justice departments but who supported Barack Obama this year, laid out a compromise to the constitutional debacle brought on by the passage of Proposition 8 that puts the solution in the hands of California’s governor:

Gov. Arnold Schwarzenegger may well be a proximate cause of this breakdown … the Prop. 8 case should be settled, and there’s no one better to do it than our governor.

The governor told CNN that he hoped the state Supreme Court would overturn the people and Prop. 8. While there are some respectable legal arguments that the initiative does not meet the requirements of Article 18 of the state constitution, asking the court to invalidate Prop. 8 is a tall order. Properly, judges look for ways to avoid holding laws unconstitutional, and that is especially so when the law comes directly from the people.

All that said, the case is too close to call because Prop. 8 did not directly address the portion of the state Supreme Court decision that declared sexual orientation to be a suspect classification requiring compelling justification and because there is federal precedent that decries singling out any vulnerable group for legal disadvantage. In short, neither side can be confident of victory, and that is the best kind of case for settlement.

The governor should break the tie and free the judges from having to either set aside democracy or to uphold the decision of the people in a way that the governor and others would perceive as unequal treatment among his fellow Californians.

The governor has administrative authority to have regulations issued interpreting family law, and nothing in Prop. 8 precludes him from ensuring that homosexual and heterosexual couples are treated equally under state law so long as he stays clear of “marriage.” This could be accomplished by limiting the state of California prospectively to the issuance of civil unions for all couples, rather than marriage licenses, leaving marriage, which in origin is predominantly a religious concept and not the real business of the state, to religion.

To convince both sides to come to the table, the governor’s ruling should:

– Eliminate any doubt as to the validity of same-sex marriages undertaken between the time of the Supreme Court’s judgment and the effective date of Prop. 8. This is only fair because the proposition did not clearly state that it would be retroactive. People are entitled to have confidence in the law as it exists today without having to anticipate how it might change.

– Reaffirm the unfettered freedom of religions (not the state) to be either in favor or opposition to same-sex marriage as their doctrine teaches.

Is this perfect? No. Better than waiting for the outcome of an uncertain case? Yes.

Respectful of the dignity and equality of gay and straight citizen alike? It is intended to be so.

Mindful of the tradition of religious freedom? I think it is.

As Kmeic noted, Schwarzenegger could have prevented this entire debacle by not vetoing the legislation passed twice by both houses of the legislature that made gay marriage legal.

But what are the chances Schwarzenegger would take charge of this contentious issue? Politically, he is quite likely looking at the end of his political career. His approval ratings now are back down into George Bush territory, around 34 percent. He is term-limited out from running for re-election in 2010, and it is doubtful he’ll run against Sen. Barbara Boxer that year, if for no other reason than the fact that he is temperamentally unsuited for the U.S. Senate. In short, Schwarzenegger has nothing to lose, and could well burnish his legacy with a landmark resolution to this civil rights case.

And yet, despite his on-screen superhero persona and his bluster, nothing in Schwarzenegger’s record indicates he’ll make a bold move on this case along the lines Kmeic suggests.

Meanwhile, homophobe activists are threatening to recall the California Supreme Court justices who vote to overturn Proposition 8. But that could be a risky scheme. They might want to look at the recall in 2003 of Gov. Gray Davis, in which the extreme right attempted a legislative coup to replace Davis with an arch-conservative — at first it was Rep. Darrell Issa from San Diego County — but ended up with a liberal Republican Hollywood actor instead.

Given the decidedly leftward trend among the California electorate since 1992, a recall vote on these Republican Supreme Court justices could lead to their replacement by truly liberal Democratic justices.

Even without the Kmeic compromise, California gays and their supporters have reason to be cautiously optimistic. It appears the law is on their side — and a right-wing recall of GOP Supreme Court justices is as likely as not to backfire on the right.