Sez It All : Homescholers [Sic] for Perry [Sicker] 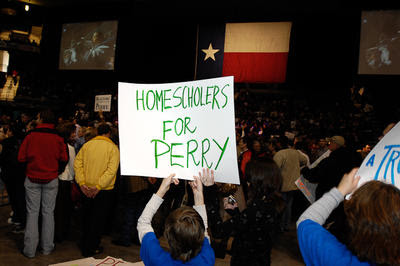 HOUSTON — The much awaited Perry-Palin rally (with extra special guest Ted Nugent) visited the Rick Berry Center in Cypress on Sunday afternoon, February 7, but made sure to wrap things up before the Big Game. Football trumps politics in Texas, of course, even if Sarah Palin comes to town. — Houston Press

Thanks to Kenneth Huey / The Rag Blog

4 Responses to Sez It All : Homescholers [Sic] for Perry [Sicker]