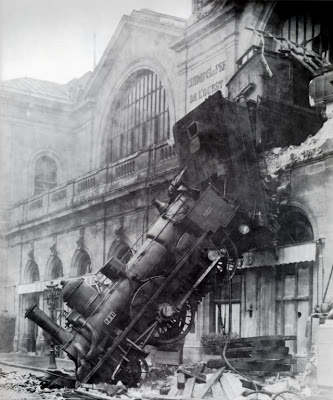 ‘The financial crisis involves a great deal more than shaky home mortgagers. The key problem is that our financial markets have been deregulated and, lacking policing, have engaged in a massive speculative binge.’

[This is the first of a three-part series on the economy by The Rag Blog’s Sherman DeBrosse.]

Almost 70 years ago, the Great Depression began after the stock market collapsed. This time, a recession came first in December, 2007. Then a mortgage crisis in 2008 triggered a meltdown of the financial system. After the collapse of Lehman Brothers on Sept. 15, the markets entered uncharted territory, and it soon became clear that financial houses held trillions in worthless paper. Moreover, bad paper from America had poisoned markets abroad.

Overwhelmed by their own debts and bad assets, banks and financial houses protectively dried up all credit. This development deepened the recession. At this juncture, a third blow to the domestic economy looms large and could push the economy into a deep pit. It depends on how many more bankruptcies there are and whether the Big Three automakers are allowed to go under.

We were months into the economic collapse of 2008, and we still do not quite know what has hit us. Four years ago, Paul Krugman warned that the housing bubble carried with it the seeds of disaster. There were bad sub-prime loans and home owners refinanced their homes to get extra cash to spend. The sub-prime market fell apart in the summer of 2007, and the larger mortgage market collapsed this year.

This is clearly the worst financial crisis since 1929, there are more safety nets in place now than in 1929, so it is unlikely that the current bad times will match the Great Depression. Cushions are in place such as Social Security and insured savings. Another difference is that even conservatives know that the people expect government to act to improve conditions. Had the GOP had another ten years to stamp out the New Deal heritage, this public expectation might have been considerably diminished.

It is difficult to determine how many people have lost or will lose their jobs as a result of the economic melt-down. So far, more than 2 million have lost their jobs this year. Productivity dropped to a 26 year level. We cannot trust our unemployment figures because we only include in the work force those officially looking for work. If unemployment benefits are not extended, those whose benefits have run out simply disappear from the equation. The Bureau of Labor Statistics recognizes this and generates another estimate of real unemployment, which stood at 9.2 % in April, and must be much higher now.

The problem is that in the financial casino, it is possible to take $600 of bad mortgages and create trillions of bad assets. Of course, traders also have used other bad assets to create still other bad securities. Wall Street had built an elaborate and very fragile house of cards built on speculation which was made far less stable when the mortgage crisis occurred.

The mortgages were bundled and turned into collateralized debt obligations (CDOs); they were securitized, and sold as investments. Then other instruments, that derived their worth from the CDOs, were created and traded. These securities that derive their value from other securities are called derivatives, and, at first, they were designed to spread risk. They could be stacked on top of one another. Soon, ways were found to use them for gambling. This is how bubbles are created, and soon, a mortgage based bubble was created. A huge housing bubble was created; then it burst. Now 12 million home owners have mortgages valued at more than their home were worth. Only the people who created it, profited. It could be that they did nothing illegal due to legislation passed in 1999 and 2000. Lax enforcement of whatever regulatory legislation there was added to the problem.

One kind of transaction called credit default swaps was intended to protect against default on the bundled mortgages. The amount of value assigned to these swaps, before they began to come apart, was $62 trillion. Swaps also involve other securities, and are essentially bets on whether the issuers can make good on their obligations. Warren Buffett called the swaps and similar instruments “financial Weapons of mass destruction.”

A very serious problem with securitizing these mortgages and other loans occurs at the local level, where it becomes difficult for people to renegotiate their mortgages when they are held by some far distant bank. Often in the past, a motel owner or gas station proprietor could go to the local bank to renegotiate the terms of his mortgage in rough times. The same is true of commercial paper, which also gets securitized. This time around, these people will have great problems keeping their businesses open by renegotiating the terms of their loans. Focusing mainly on Wall Street problems will not address these Main Street problems and will eventually increase the former.

When the crisis came, many Republicans blamed it on Jimmy Carter and the Democrats who wanted to help minorities own their own homes. The idea was that 1977 legislation against blue-lining somehow forced bankers to make bad loans. No sensible person can believe that the largest part of bad home loan debt was incurred by blacks and Hispanics. That’s a very powerful argument for people who don’t like Blacks and Hispanics. Most of these folks will not look into the problem any further, even if they lost half their stocks and bonds portfolio.

The financial crisis involves a great deal more than shaky home mortgagers. The key problem is that our financial markets have been deregulated and, lacking policing, have engaged in a massive speculative binge. Now the taxpayer is being asked to pay for the damages. We have spent more than two trillion dollars patching up the financial system, and the government is said to be potentially liable for from $7.76 to 8.5 trillion, according to Bloomberg. That includes what has already been provided. CitiBank alone was just given a second loan and the promise to guarantee $300 billion of its questionable debt. There is no guarantee that the liability for casino capitalism will be capped at between $7.76 billion and 8.5 trillion. Most of this debt came not from sub-prime borrowing or other weak mortgage. It is a product of casino capitalism.