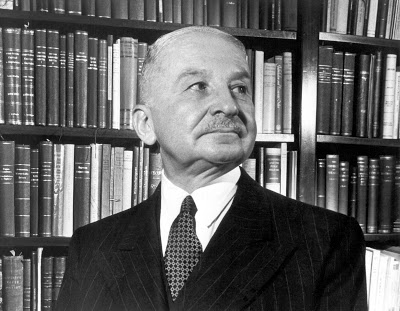 The Republicans talked endlessly about creating new jobs before the election of 2010. After their great victory, they started talking about austerity and deregulation and much less about jobs. The voters wanted to punish the Democrats for not working an economic miracle and for providing health care for over 35,000,000 people who needed it. They did not expect less emphasis on jobs, but that is what they are getting.

Some of their policies will increase the public debt, but Republican leaders and propagandists refuse to acknowledge this. The extension of the tax cut for the rich means more federal debt, and the Congressional Budget Office projects that repeal of health care reform would add $230 billion to the debt between 2012 and 2021. Recently, John Boehner showed a lack of concern when told that his budget cuts jobs. The fact is that it would cost hundreds of thousands of jobs and dramatically slow economic growth.

The “Cut and Grow” theory

The nation may have to endure an experiment with the Republicans “cut and grow” approach to economics. Republicans seem to think that by cutting government spending, investors in the private sector will regain confidence in the economy and begin to hire people and invest productive facilities in the United States. No one ever offers numbers to support this theory.

It seems that the “cut and grow” approach is based on the theories of Ludwig von Mises. Recently, Representative Ron Paul brought an expert on Von Mises before his subcommittee that oversees the Federal Reserve. Von Mises was a theorist and not a quantitative economist. No one needed to have a good knowledge of mathematics to get the drift of these ideas. His notions were all based on belief in an absolutely unregulated economy and a fear of socialism and inflation.

House Budget Chairman Paul Ryan seems to build his models on something similar to Von Mises’ theories. The Washington Post called him the “GOP’s leading intellectual in Congress.” His thought is based on Ayn Rand’s novels, and he adheres to a very unusual and ahistorical view of the New Deal. Ryan insists that FDR’s policies increased unemployment. He insists that the road to recovery begins with large cuts in spending.

If there is any empirical data to support this economic theory, no one has bothered to make it public.

Mark Zandi, Moody’s chief economist, recently warned that the $61 billion in spending cuts suggested by the House Republicans will increase unemployment by as much as 700,000. The Economic Policy Institute placed the figure at 800,000. It would cut the GDP by .5% in 2011.

Goldman-Sachs economists are suggesting that dramatic federal budget cuts this year could derail the fragile recovery we seem to be experiencing. Their estimate of damage to the GDP was much higher than Zandi’s. Federal Reserve chairman, Ben Bernanke, a Republican appointee, has sounded the same warning.

Majority Leader Eric Cantor dismissed Zandi’s warning, noting that Zandi had backed the “Obama -Reid- Pelosi” stimulus which guaranteed that unemployment would not rise above 8%. Clearly Obama did not understand how serious the recession was, so he it is fair to note the President promised too much.

But Cantor offered no economic arguments — only three clever political ones: (1) Obama misspoke when he came up with the 8.5 figure, (2) he associated the stimulus with three demonized people, and (3) Cantor suggested that the only jobs that would be lost were political ones. They don’t count because those positions are burdens to taxpayers. Speaker John Boehner had the same thing to say about the lost jobs.

Cut and grow could contract the economy

Even many conservative economists contradict the “cut and grow” theory saying there is no reason to create jobs in the United States when labor is so cheap in the developing world. Abroad, there is evidence that completely contradicts the theory. Polls in the United Kingdom show that British business’s confidence in their economy dropped sharply when the new Conservative-dominated coalition government unveiled its austerity budget.

According to the Republican theory, the new jobs should be coming soon now that business is reassured with Republicans in the driver’s seat. They have absolute control of the House, an absolute veto in the Senate, and a president, seriously chastened by angry voters, who seems very anxious to come more than half-way to please the masters of Capitol Hill.

The same regulatory environment exists now as prevailed under George W. Bush, and the Democrats are now in no position to do more regulating. Even they are offering to regulate less. But, in the Bush years of 2002 to 2008, multinationals should have been happy. The GOP was in power and the regulatory environment was the same as now. Yet their employment abroad increased 22.6% and at home went up 4.5%.

The problem with the proposed $61 billion in cuts can be explained in terms of the monetary theory of Milton Friedman, a leading Republican economist. Friedman’s views have a way of always taking much better care of the people on top than the rest of us, but at least he worked with numbers and realities.

He disliked Von Mise, calling him intolerant and nasty. Our economy would be in a lot less danger if the Republicans, who now set policy, were guided by Friedman rather than Von Mises. Using historical records, Friedman, founder of the so-called Chicago School, demonstrated that dramatic contractions of the amount of money in circulation bring about substantial economic disruptions in the form of more unemployment and lower GDP.

In everyday terms, cutting too much from the budget is like hitting the power breaks while you are traveling at a good clip through several feet of water.

For two years, federal stimulus money covered some $300 billion in losses in revenue at the state level. Now all that stimulus money has dried up, and the states will be making dramatic cuts in spending. The $800 billion in stimulus was intended to fill a $2.5 trillion hole in the economy. Now it has ended, and much of the hole remains.

The Federal Reserve attempted to make up for this contraction through its quantitative easing program, putting $600 billion into circulation. But that outflow of money ends near the end of the year. The fear is that the current budget cuts at the state level plus anticipated federal cuts could administer too great a jolt to the economy.

There is no way of knowing exactly how much the Republican leaders know about economics or what their intentions are. Clearly, they want to forestall any tax increases for their main constituents, the wealthy. Beyond that, we can only speculate. It is as though they never look at serious economic data.

The Congressional Budget Office says that the Obama administration saved between 2,600,000 and 3,3000,000 jobs. The big bank ratings firms have said the same. Most economists agree that Obama’s policies saved us from a depression. Republican leaders and spokesmen almost uniformly ignore all that. Mary Matalin did concede that Obama saved about 50,000 jobs, but those belonged to state employees.

After noting Republican Representative Darrell Issa’s reaction to a bit of information about the nitty gritty of banking, it struck this writer that the Republicans may not be deliberately dishonest in what they say about economics. They could be simply blinded by ideology and bitter partisanship.

As chairman of the House Committee on Oversight and Government, Issa opened hearings on how TARP had been administered. He was clearly looking for proof of dishonesty or ineptitude on the part of the Obama administration. Ok, we expected this because he has insisted that Obama was one of our most corrupt presidents.

Some witnesses explained to him that the Frank-Dodd Act was really too weak and that the big banks have grown much larger. There is the danger of another collapse which would make necessary another bailout. Issa took all that in and then said that the big banks should start breaking themselves up. Someone open to facts might have said that Congress should study strengthening Frank-Dodd.

Issa’s response demonstrated he could only process information to a limited degree before ideology took over. Men like Issa learned from Newt Gingrich that whatever Democrats say must be wrong. It was an outlook that created bitter partisan warriors and blinkered outlooks.

For anyone who has taken more than a few economics courses, it is very difficult to believe that the Republicans seriously believe that their economic policies will help the country. As many knowledgeable writers have noted, their approach is more likely to increase unemployment and risks another recession.

That is why some think the GOP is out to damage the recovery, because the voters would then punish Barack Obama in 2012, just as they punished the Democrats when they were unable to work economic miracles in less than two years.

Barack Obama told a Racine, Wisconsin town-hall meeting, “Before I was even inaugurated, there were leaders on the other side of the aisle who… made the calculation that if Obama fails, they win.”

Jim DeMint and Mitch McConnell have repeatedly said as much. Yet Obama, from the beginning, offered centrist compromises that have almost always been ignored.

Dana Milbank, in an opinion piece, recently reported the obvious: the GOP will benefit in 2012 if the economy slips a little more. He made it clear the GOP leaders must know this and that their present economic plans could be designed to insure that they profit from continued hard times.

Nobel prize winning economist Paul Krugman has written that “Republicans want the economy to stay weak as long as there’s a Democrat in the White House.” Steve Benen said the same thing in a piece called “None Dare Call It Sabotage?” Republican columnist Michel Gerson picked the weakest part of the Benen column, his criticism of Republican opposition to the Fed’s “quantitative easing” to claim that the whole argument that the GOP wants joblessness to continue is wrong. After all, Gerson argued, who can honestly claim that “Republicans… hate the president more than they love the country.”

The simple fact is that this is exactly what happened. The stimulus was far less than it should have been. Republicans had enough bargaining power to force the Democratic leadership to hold down the size of the stimulus and load it with tax cuts. It is a wonder the stimulus worked as well as it did.

Whether the Republicans worked to keep unemployment high cannot be resolved, but high unemployment seems to benefit them.

The battle on the debt limit

John Boehner and other Republican leaders have been hinting that they might expect steps to cut entitlement as the price for avoiding a government shutdown. Shutting down the government in 1995 cost the Republicans dearly, but, a poll for The Hill shows that this time more people would blame the Democrats than the Republicans.

Forty-seven percent would blame both parties, and 27 % would blame the Democrats, with 23% faulting the Republicans. The change from a decade and a half ago can be attributed to the nation’s rightward drift and superior Republican messaging.

There was much pressure from Republican politicians and their pundits for Obama to take the lead — and much of the blame — in entitlements reform, but he did not take the bait. Whether the Republicans decide to seize this opportunity to go after entitlements will depend upon how anxious their new Congressmen are to press this agenda. The seasoned Republican leaders may think they can work more dramatic cuts in entitlements if they wait until 2013 when they hope to have the White House.

5 Responses to Sherman DeBrosse : The Republicans’ ‘Cut and Grow’ Show