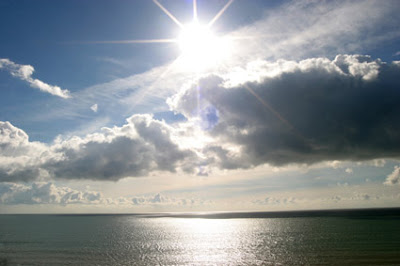 Sure, it’s ruining the global economy and making everyone miserable, but there’s an underappreciated upside to the high price of oil.

What’s happening: From 2000 to 2005, fewer than 5 percent of Americans used mass transit for their commutes, compared with about 50 percent in Japan and Europe. But that may be changing. More U.S. commuters than ever are taking buses, subways, or light rail to work instead of driving their cars. Americans took nearly 85 million more trips in the first three months of 2008 than they did in the same period in 2007, a recent American Public Transportation Association study found. Ridership in 2007 was the highest in 50 years.

Why it’s happening: It’s not rocket science. For many, a roundtrip bus or metro fare is easier to stomach than gas prices that in some places have climbed to $4.79 per gallon. Three quarters of Americans now believe more money should be spent on developing and improving mass transit systems, and cities are responding. Expansion and renovation projects are in the works for southern California, New York, Philadelphia, Seattle, and Washington, DC. Europe, meanwhile, is taking transit to the next level: Paris, which has been updating its light rail network, is installing energy-efficient trains on several Métro lines, while London plans to increase its system’s overall capacity by 50 percent by 2022.

What’s happening: Rising gas prices and smaller belt sizes go together, according to Charles Courtemanche of Washington University in St. Louis. His research found that, for every dollar increase in the average real price of gas, overweight and obesity levels in the United States would decline by 16 percent after seven years. His study also attributes the outward expansion of American waistlines between 1979 and 2004 in part to falling prices. Similar research published in the European Journal of Public Health found that European countries with higher gasoline prices tend to have lower rates of obesity.

Why it’s happening: One word: exercise. Bike shops across the United States are reporting record sales, and Britain is even promoting a national “Bike Week” to encourage commuters to ride, not drive, to the office. Not only is two-wheeling a cheaper way to travel, it’s also healthier. Courtemanche’s results show that “the average person walks or bicycles an average of 0.5 times more per week if the price of gas rises by $1.” Another factor he identifies is that cost-conscious Americans are choosing to eat at restaurants less frequently. Indeed, a virtuous cycle could be at work: A study published in The Engineering Economist found that Americans today use nearly a billion additional gallons of gasoline each year, compared with 1960, solely because they weigh more.

What’s happening: This past Memorial Day, normally a time when American drivers swarm the country’s interstates and police expect large numbers of accidents, many states reported that traffic deaths were the lowest in years. For instance, North Carolina saw just five traffic fatalities over Memorial Day weekend, down from 19 in 2007. Ohio experienced its lowest number of accidents in 38 years, and other states reported similar declines.

Why it’s happening: Americans are driving at historic lows, according to a May U.S. Department of Transportation (DOT) report, and less driving means fewer accidents. And they may be driving slower and more cautiously, too. Ian Parry, a senior fellow at Resources for the Future, an energy think tank, says that while the effect would be modest, some people “will realize they can drive less aggressively” and conserve gas mileage. According to fueleconomy.gov, a U.S. government Web site, “each 5 mph you drive over 60 mph is like paying an additional $0.20 per gallon.”

What’s happening: Worry about rising gas prices has encouraged workers to move closer to their jobs to cut costs and find alternate ways of traveling to work. And for many of those that still drive, less-packed roads are actually producing shorter commutes. While the change is by no means uniform, in some of the most congested areas of southern California, the average commute time has reportedly fallen by 5 or 6 minutes. That could make for a sunnier Los Angeles: a 2006 paper in Science found that people with shorter commute times tend to be happier.

Why it’s happening: Confirming the predictions of experts such as Harvard economist Gregory Mankiw, the DOT estimates that since November 2006, cumulative vehicle miles traveled have dropped by 17.3 billion miles. And with fewer cars on the road, as Mankiw forecast in 2006, those still able to afford driving are finding more lanes clear. In Europe, however, the effect has so far been the opposite, as striking truck drivers in Britain, Spain, and France have slowed or shut down entire highways to protest diesel prices.

What’s happening: More of the world’s fuel is coming from renewable energy sources instead of Middle East oil drums. Global production of biofuels — generally ethanol derived from corn, but also plant oils that produce biodiesel — roughly tripled from 2000 to 2007. Critics of biofuels point to studies indicating that the increasing diversion of cereal crops for biofuel production is driving up food prices around the world. Supporters counter that the answer isn’t to give up on alternatives to gasoline, but to develop “next-generation” biofuels (think: switchgrass and algae) that don’t interfere with the food supply. And without biofuels, “the [oil] prices today that we are experiencing could be much higher,” says Fatih Birol of the International Energy Agency.

Why it’s happening: Everyone responds to incentives. The U.S. Congress has set a national goal of 36 billion gallons of biofuel production by 2022, and generous subsidies are accordingly in place to make that happen. In Europe, public policy has also led the way. The European Union wants biofuels to constitute 10 percent of the fuel mix by 2020, a target that has come under scrutiny as food prices have risen sharply in recent months.

This entry was posted in RagBlog and tagged Energy, Environment. Bookmark the permalink.