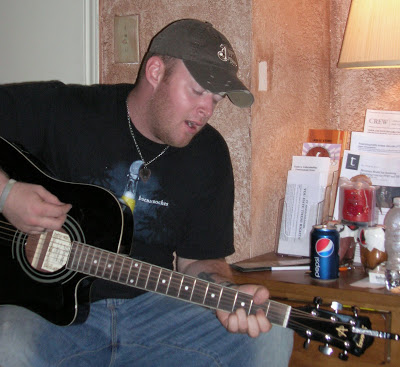 During court-martial proceedings at Fort Hood, Texas, Bishop was sentenced to 12 months in prison for refusing to deploy to Afghanistan for reasons of conscience. He received a three-month reduction in sentence due to a successful clemency application to the Commanding General at Fort Hood, as well as receiving extra time off for good behavior.

Bishop served a total of seven months and 12 days of confinement. His rank was reduced from Sergeant to Private and a Bad Conduct Discharge is pending.

Travis Bishop was recognized by Amnesty International as a prisoner of conscience. He received support from hundreds of people from around the world who wrote letters of encouragement for him and called upon military authorities to release him.

“Travis really appreciated the support he received from Amnesty International and from many people throughout the U.S.,” said his lawyer, James Branum. “All those letters lifted his spirits and shortened his time in jail.”

Bishop spoke out about the inhumane conditions at the Fort Lewis stockade, which produced some reform in treatment of prisoners at the facility. Bishop was placed on the facility’s “most difficult” prisoners list for these efforts.

Bishop’s supporters in the Washington area are planning a celebration to take place at Coffee Strong GI Coffeehouse, on Sunday, March 28. Bishop also plans to come back to Killeen to visit his friends and supporters at Under the Hood Café and Outreach Center where additional celebrations will be held.