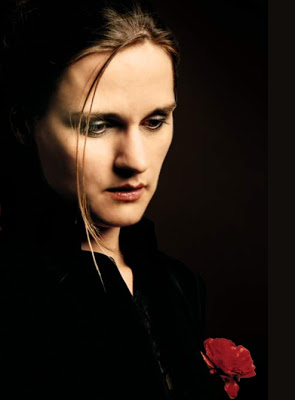 The third album in four years from song interpreter extraordinaire Madeleine Peyroux, Bare Bones is both an extension of the currents of 2004’s Careless Love and 2006’s Half the Perfect World and a bold step into previously unexplored psychological terrain. Produced, like its two predecessors, by Larry Klein, this fluid and enthralling new work is Peyroux’s most personal yet, hardly surprising considering she had a hand in writing each of the 11 songs, marking the fulfillment of a lifelong dream.

“This really is a new experience for me. It’s almost as if I got to make my first record again,” she says. “Larry really was the first person who ever said to me, ‘Let’s write every song on the record. You should do this.’ I’d co-written with Larry a couple of times in the past, but this was a big leap for me as a writer, and also a deep exploration as a co-writer,” Peyroux continues, “not only in the experience of writing but also the message I wanted to portray. Like the end of any event being up all night, or when the rain stops and the sun comes out, it’s a transitional moment of getting past some kind of struggle.”

Each of these 11 songs is like a gem, revealing its myriad facets one by one as it turns in the mind of the listener ‘Instead,’ co-written with her friend Julian Coryell, begins the album on a marvelously life-affirming note: “Instead of feelin’ bad, be glad you’ve got somewhere to go,” she purrs in her stunningly evocative alto, “Instead of feelin’ sad, be happy you’re not all alone / Instead of feelin’ low, get high on everything that you love/ Instead of wastin’ time, feel good ’bout what you’re dreamin’ of.”