Terry is an old Friend, as we posted something from him several months ago. This is his latest adventure into musical political commentary, an excellent effort indeed. We love this song. It says everything about the foreign policy approach if McCain/Palin are elected. We trust we will be spared … 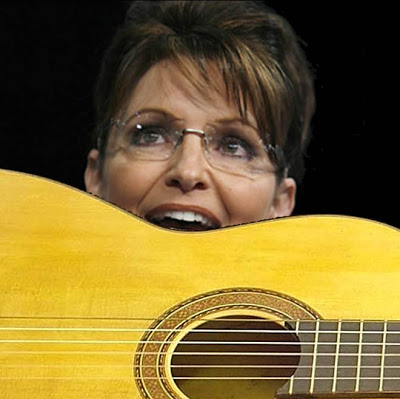 OK, so I couldn’t resist the urge to record a political tune. My main motivation was a Spanish-influenced chord progression that had been looping in my head for a while. Then, a couple of weeks ago John McCain, exemplifying his Bushian strategy of refusing to talk with foreign leaders who don’t agree with him, refused to meet with Prime Minister Zapatero of Spain. This issue came up in both the presidential and vice presidential debates, and it, shall we say, struck a chord.

How do we work out our disagreements unless we talk? This is something my eight and ten year old kids are starting to understand. In doing so they’ve learned that talking through problems requires listening and trying to develop an understanding of the other person’s perspective. Why is it so far-fetched for world leaders to apply this basic playground principle to their own interactions?

I could go on and on about this issue, but instead I think I’ll leave politics for another day, and just share my music. I call my new tune “Sittin’ Down With Spain”. Check it out at myspace.com/flowtheory.

And those of you who are U.S. citizens, please vote!

With sincere thanks to Betsy Gaines / The Rag Blog

This entry was posted in RagBlog and tagged Electoral politics, Music. Bookmark the permalink.