Sisters, This Is an Election We Can’t Sit Out 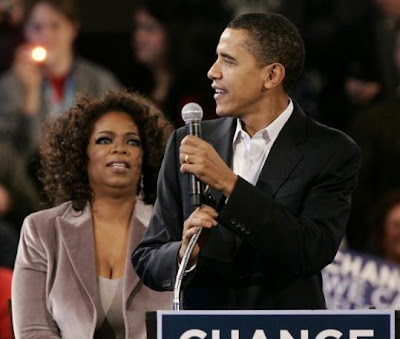 The visceral, gut-wrenching pain expressed by Clinton’s supporters is real, and at least in my case, has caused me to confront my own response, not just to the challenges of the primary campaign, but to sexism and racism.

We must overcome both racism and sexism and come together to elect Barack Obama
By Rev. Valda Jean Combs / August 13, 2008.

Rev. Combs, a Texas native, is a Methodist minister in Fort Worth.

Near the end of the primary season, some of Sen. Barack Obama’s black supporters circulated an e-mail about boycotting the general election if Obama was not the Democratic nominee.

I knew this would never happen. Black voters are in too much trouble to sit this one out. There’s high unemployment, sub-prime mortgages and a broken public education system to consider. Nonetheless, on a personal level, I knew I would be wounded deeply if Obama did not win.

Could I swallow my anger at what I considered to be racist jabs thrown by Sen. Hillary Clinton’s campaign? Could I overcome the pain of being confronted with the unequivocal fact that large numbers of primary voters were not ready for a black nominee?

And what about the mainstream media that gleefully repeated every rumor and nasty innuendo about Obama and his wife? Politics divide. That is a given. I would love to say I could put aside my bitterness and put on my big-girl panties. I hope I could have done it, but we’ll never know. My candidate won.

But we can all still be troubled by public rancor and downright ugliness. I saw it during the primary, but I must admit that I was so tuned in to the first viable African American candidate that I missed much of the sexism. I was so furious with Clinton by the close of the primary contest that I turned the volume down each time she came on TV.

I watch three news networks, including Fox. I read political Internet sites and blogs. I spend lots of time talking politics. However, it was not until Clinton’s supporters began to express their grief and anger that I heard some of the egregious things both said and done. I wonder what made me so hard of hearing?

I’m still working that out. This political race has forced me to try and separate the ways I have experienced sexism and racism. A recent medical experience caused an epiphany.

I had a steroid injection in my back to help manage chronic pain. When I got home, I found that my shoulder hurt. When I called the nurse, she said this was common; that our brains can only process a certain level of pain. That the pain in my back was all my brain could bear, until that pain was relieved.

Is it possible the pain of racism makes it difficult to process someone else’s pain?

The visceral, gut-wrenching pain expressed by Clinton’s supporters is real, and at least in my case, has caused me to confront my own response, not just to the challenges of the primary campaign, but to sexism and racism.

I reject the notion that we should settle for racist or sexist remarks as acceptable political discourse. Each time I hear a talking head tell me about political races that have been nastier and bitterer, I am offended. Why should we accept that the lowest common denominator is the norm? Still, if we only feel the pain when it is our candidate (race, gender, religion . . .) we will never rise above our own stuff, and the promise of a fair and just society cannot be achieved.

Reflecting on the primary, I realize there was an unspoken agreement among the women in my circle that we could discuss politics in general, but not which side we were on.

It wasn’t until the primary was over that I knew my own sister supported Sen. Clinton!

Among my friends, particularly white women, we sensed that our unity was too tenuous to support the issues this campaign brings to the surface. As committed as we were, and are, to our respective candidates, we recognized that the work we do together for the benefit of all women is too important to jeopardize.

In third grade I was bigger and taller than most of my classmates, certainly blacker. I remember standing in line for recess when I heard my teacher call me a “big, dumb nigger.”

On more than one occasion I have walked into a courtroom in rural counties only to have the bailiff yell at me to get behind the rail, apparently unaware that lawyers look like me.

I recount these experiences not because I dwell on them, but because they shaped me.

I could recite a litany of such experiences, but what I hope you understand is that

I know how it feels when your dream gets kicked around.

Paying a Price to Sit Out

But if anger and disappointment cause some women to sit out this election, other women will pay the price.

Think of elderly women whose pension and Social Security checks can’t stretch enough to cover food, medication and rising utility bills. Obama’s plan eliminates income taxes for seniors making less than $50,000 and cuts the cost of prescription drugs by allowing imports. Sen. John McCain’s campaign senior adviser Taylor Griffin says, “Sen. McCain believes this is so important that we do not politicize this debate during an election season.”

Think of youngsters like my 16-year-old daughter and her friends who, with the hubris of youth, fall in and out of love and make poor life choices. Supreme Court justices nominated by McCain will certainly overturn Roe v. Wade.

In my congregation, several young mothers are raising families on their own. Neither they nor their children have health care. McCain voted against reauthorizing the Children’s Health Insurance Program, which provides crucial coverage to children in many working families that really need it. Obama’s plan ensures medical coverage for these families.

Obama has experienced the pain of growing up in the home of a single mother on food stamps. His Blueprint for American Working Women and Families includes paid sick days for low-income women and flexible work arrangements for working moms.

Perhaps the outcome of this election will not change your life in any meaningful way.

Perhaps you are financially stable and can’t see how this election could impact your life. Maybe there’s no threat that your job could go overseas, or the value of your home could plummet. Could be your daughter or son will never need to rely on a Supreme Court ruling for life or liberty. If that is the case, I hope you know how blessed you are.

My prayer is that you will consider the rest of us. The women and girls who suffer the slings and arrows of this economy and who flinch each time they see that the price of a gallon of milk has increased since the last trip to the grocery store.

Please come home for our sake. We need you.

Thanks to Dorindo Moreno / The Rag Blog

1 Response to Sisters, This Is an Election We Can’t Sit Out