So Far: Obama Has Defied the Odds On Palestine 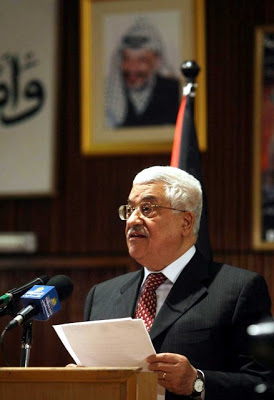 ‘Obama — to offer yet again one of my favorite quotes from Lenin — has to become as radical as reality itself.’

A betting man, the morning after Obama’s inauguration, would surely have found odds-on stakes that the new president’s first daring cavalry charge would be an assault on the economic crisis, worsening day by day. Our Wednesday-morning gambler would have found much longer odds being offered on any surprising moves in that graveyard of presidential initiatives sign-posted “Israel-Palestine.

[….] In his inaugural speech Obama proclaimed that “We are a nation of Christians and Muslims, Jews and Hindus – and nonbelievers.” Muslims were ahead of Jews in that line, which caused some eyebrows to twitch. The next morning, in his opening round of phone calls to Middle Eastern leaders Obama placed the first call to Mahmoud Abbas, and only the next to Olmert. Uri Avnery pointed out on this site that Ha’aretz twice adjusted reality, reporting wrongly that Olmert was first in line. Hardly had Obama settled in before he appointed a fellow Democrat and former US Senator, George Mitchell, as his peace broker between Israel and the Palestinians. Mitchell’s mother came to America from Lebanon at the age of 18, and Mitchell’s father, orphaned from his Irish father, was brought up in a Maronite Christian Lebanese family.

Then Obama gave his first formal tv interview to the Dubai-based cable station Al Arabiya, where he remarked at the outset that “I think it is possible for us to see a Palestinian state — I’m not going to put a time frame on it — that is contiguous, that allows freedom of movement for its people…” Contiguous? You can read that a number of ways, bad and good, including the possibility that Obama is obliquely criticizing Israel’s strategy of corralling Palestinians into mini-Bantustans on the West Bank, divided by military roads, walls and Jewish settlements.

As Avnery, whose biography stretches back to Israel’s earliest days, remarked, “These are not good tidings for the Israeli leaders. For the last 42 years, they have pursued a policy of expansion, occupation and settlements in close cooperation with Washington. They have relied on unlimited American support, from the massive supply of money and arms to the use of the veto in the Security Council. This support was essential to their policy. This support may now be reaching its limits.”

As buttress for Avnery’s claim that US “support may be reaching its limits,” we can instance a report on CBS’ “60 Minutes,” the most widely watched news show on US television. CBS’ reporter Bob Simon’s filmed report of the arrogance and brutality of Israelli soldiers and settlers was, at least in the memory of your CounterPunch editors, the single most savage indictment of Israel ever broadcast on U.S. network television (which of course has avoided any such indictments like the plague). At one point Simon’s crew got footage of a Palestinian home in Nablus, seized by the IDF, for use as as a lookout post. They kicked the family downstairs, while the Israeli soldiers took over the kids’ bedrooms. When the kids came home from school, they couldn’t get into the house. The piece also featured a fanatical settler leader, Daniella Weiss, pledging that never again will any settlement be dismantled by the IDF.

Newsweek’s current edition has a story titled: “Israel Has Fewer Friends than Ever.” Huge numbers of people here can tune into Jon Stewart’s Daily Show or go on line and visit sites such as CounterPunch [and The Rag Blog] and get fierce reporting on Israel’s monstrous conduct.

So the media context has changed, and this change has to be factored in to overall assessments of what is possible politically. Of course the range of options entertained in Washington and in the tottering official media remains mostly, and obdurately, tilted to Israeli rejectionism. There are endless instances, cited recently on this site in the interview of Noam Chomsky by Afshin Rattansi of Press TV and by Norman Finkelstein, of Israel’s successful sabotage of peace initiatives, decade after decade.

Obama may well be smarting from the criticism across the world he incurred from keeping his mouth shut about Israel’s bloody rampages in Gaza. The furious public letter denouncing US-Israeli conduct from Prince Turki al-Faisal, Saudi Arabia’s ambassador to the United States and former intelligence chief probably also prompted Obama to “reach out”, as they say, to the Arab world – particularly since the US needs all the customers for its Treasury bonds that it can get.

So far the Israel lobby here has held its peace. The Jewish Forward newspaper, a useful bellwether, has editorialized positively about Obama’s moves.

“But time is running out. Most Israelis know that if Israel doesn’t reach a peace agreement and leave the West Bank very soon, it will find in another decade that it is no longer a Jewish democracy. Israel’s pro-Western Arab neighbors, led by Egypt and Saudi Arabia, fear that if Israel and the Palestinians don’t settle their differences soon, then anger on the Arab street will boil over and force those moderates to abandon the peace option.

“Total victory is no longer an option, if it ever was. This is a time to put war aside and give diplomacy a chance. Friends of Israel, those who care about Israel’s future, need to cast off their doubts and give full-throated support to George Mitchell.”

But the minute Mitchell comes up with a concrete proposal discomfiting to Israel and to its likely new leader, Benjamin Netanyahu, then the atmosphere could become sulphurous with blinding speed. That will be the testing time for Obama and a true test of leadership and hard-nosed cunning. If he is going to get anywhere constructive, his position has to evolve beyond ongoing efforts to write Hamas out of the picture and stick with the utterly discredited Abbas. That will be Mitchell’s hardest negotiating job, reconciling his president with the facts on the ground.

In other words, Obama – to offer yet again one of my favorite quotes from Lenin – has to become as radical as reality itself. The economy, if not the Middle East, may force him willy-nilly in that direction. It will take further disasters to force Obama and his economic advisors to kick the corpse of the present banking mess into the grave and push towards the creation of a rational system under public control. It will take resources of political cunning and courage that Obama has yet to evince, for him to shape US policy towards Israel/Palestine in a positive direction.