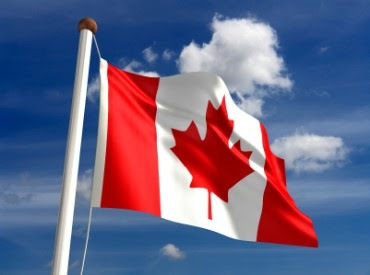 The following anecdote about Canadian health care, about which we here in the South hear much negativity, came to me from a friend whose reliability I respect. Due to the intimate nature of the report, identifying information was removed to protect the author’s privacy.

Nonetheless, it presents a picture very different from that seen in U.S. mainstream media, and definitely more encouraging about the quality of “socialized medicine.” and the details are quite convincing. We’ve chosen to credit the author as “A Canadian Friend.”

My father was diagnosed with terminal pancreatic cancer. After quality treatment and an emergency operation, he was completely cured. The tab: $113 for a rental tv.

Due to the confusion and inconsistencies I have seen (especially lately) concerning the Canadian health care system, I feel I must convey my experience this last year with everyone…

My father was a healthy man. Mid-sixties, about 30-40 lbs overweight, but in general overall good health. Non-smoker (except the odd stogie), recreational drinker. In December 2008 he went in for his annual physical and was given a clean bill of health. In fact the doctor said he was extremely healthy –- everything was good.

Fast forward to February 2009. One week-end we noticed his eyes and the area around his eyes were turning yellow. The coming Monday my mother took him to the emergency room as it gradually worsened over the next day or so. Dad was taken in immediately –- no waiting whatsoever. They quickly determined he had a blockage in his lower intestine that was affecting his liver –- he was turning jaundiced and his blood was slowly poisoning him. This quickly turned into a serious situation.

He was immediately given an appointment to see a specialist in London, Ontario, two days later, the Wednesday. They did a scope and determined that there was a blockage coming from the head of his Pancreas –- no need to say anything further –- we all knew what that meant…

The initial diagnosis was pancreatic cancer –- he had approximately 2-3 months to live. Needless to say, this was quite a shock considering the results from his recent physical and just the fact that he has always been very healthy. The cancer was likely going to spread to his liver, lungs, etc and the prognosis was terminal. The doctors stressed this was just an initial diagnosis and more tests would be done to see if anything could be done, i.e. surgery, chemo, etc.

This is when a certain surgeon entered our lives, and literally saved my father’s life. He decided that there was only one option: a surgery called the “Whipple Procedure.” Basically this is one of the harshest surgeriess, save for an organ transplant, the body can handle. Per Wikipedia:

Yeah –- we couldn’t believe an operation like this was possible either… it is an eight and a half hour surgery.

Fast forward three weeks. This was the earliest they could do the operation due to the fact that dad needed to prepare his body, get stronger and flush a lot of toxins out. They took him at the first available spot they could. He went in on a Monday morning, 7:00 a.m. with the operation scheduled to begin at 8:00 a.m. The surgeon came to us before he began and stated the following, “This is an eight to nine hour surgery. If you see me before six hours is up, it’s bad news. Either he expired or we found too much cancer and it would not be feasible to operate.” I was astounded by honesty and compassion. He stated he HAD to tell us this so we knew all the risks associated. This was an amazing man and I felt lucky dad had him doing the operation.

After staring at the clock for six hours, you could feel the anxiety lift as the clock slowly turned past 2:00 p.m. then 3:00 p.m. and then finally around 5:00 p.m. the good surgeon came out and gave us the good news. He got all the cancer and the operation was a complete success. Unbelievably, we were able to see dad that night around 8:00 p.m. when he woke up –- in surprisingly good spirits. We were not out of the woods yet though…

He had numerous internal stitches that needed to heal. He had an incision from his hips to his chest that took 52 staples to close. The next few days were critical. He was put in a semi-private room called a step down room. This is where they send patients who just went through something as major as this procedure, with the purpose of “round the clock” observation.

For the first two days, the nurses NEVER left his side. He constantly had a nurse at his bedside, taking care of his every need and whim. That blew me away. The care and concern these nurses showed was unbelievable. I consider them to be lifesavers as well. Also the good surgeon checked on him many times per day and even the day of the operation he came and checked on him at 10:30 p.m. that night. Think about that –- he had to be up before 6:00 a.m. to get ready –- worked on dad from 8:00 a.m. to 4:30 p.m. and still was at the hospital at 10:30 p.m. to check on my dad. This was an amazing man.

We’re going on three weeks post-op. Dad came home 11 days after the surgery with 15 days being the average stay. He is starting to gain weight and his colour has returned. As an atheist, I hate the word, “miracle” but I have no problem stating that the surgeon and nurse who looked after my dad were and are “miracle workers.” They can never be compensated or thanked enough for what they did for our family. These are the true heroes in society.

How much did this cost my family? $113.00. And that was to rent a TV for dad’s room for a week. That is it. What would this have cost in the U.S.? Since my parents are of meager means, it was an absolute lifesaver that they did not need to worry about being financially ruined over this. Here’s a kicker as well… the cost of all the trips my parents and I had to make to go the hospital for appointments, etc. is tax deductible. So we will see most of that TV rental money back anyway. You gotta love it.

In closing this is just one story that illustrates what I believe to be the average experience that we lucky Canadians are privileged enough to enjoy with our health care system. Is it perfect? No, it is not. I would like to see more preventive procedures being free, such as routine eye appointments, but that was just recently taken away by our provincial government –- I can see that coming back in the future. And yes, before the freepers start to chime in, it isn’t technically “free,” as we pay very high taxes, but I’d rather see that money go to health care than world domination and endless oil wars.

Canadians are known as passive and very docile and the perception exists that we will just roll over and take whatever is pushed on us. But I know one thing for sure –- take away our healthcare system or try to “Americanize” it and you will see blood pouring in the streets. Revolution. This is one issue I believe all Canadians can agree on. It is a fundamental human right to have access to the best health care possible –- how anyone can see it different than this is mind-boggling.