Some Web Firms Say They Track Behavior Without Explicit Consent 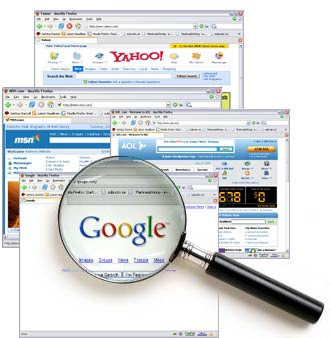 ‘Increasingly, there are no limits technologically as to what a company can do in terms of collecting information’
By Ellen Nakashima / August 12, 2008

Several Internet and broadband companies have acknowledged using targeted-advertising technology without explicitly informing customers, according to letters released yesterday by the House Energy and Commerce Committee.

And Google, the leading online advertiser, stated that it has begun using Internet tracking technology that enables it to more precisely follow Web-surfing behavior across affiliated sites.

The revelations came in response to a bipartisan inquiry of how more than 30 Internet companies might have gathered data to target customers. Some privacy advocates and lawmakers said the disclosures help build a case for an overarching online-privacy law.

“Increasingly, there are no limits technologically as to what a company can do in terms of collecting information . . . and then selling it as a commodity to other providers,” said committee member Edward J. Markey (D-Mass.), who created the Privacy Caucus 12 years ago. “Our responsibility is to make sure that we create a law that, regardless of the technology, includes a set of legal guarantees that consumers have with respect to their information.”

Markey said he and his colleagues plan to introduce legislation next year, a sort of online-privacy Bill of Rights, that would require that consumers must opt in to the tracking of their online behavior and the collection and sharing of their personal data.

But some committee leaders cautioned that such legislation could damage the economy by preventing small companies from reaching customers. Rep. Cliff Stearns (R-Fla.) said self-regulation that focuses on transparency and choice might be the best approach.

Google, in its letter to committee Chairman John Dingell (D-Mich.), Markey, Stearns and Rep. Joe L. Barton (R-Tex.), stressed that it did not engage in potentially the most invasive of technologies — deep-packet inspection, which companies such as NebuAd have tested with some broadband providers. But Google did note that it had begun to use across its network the “DoubleClick ad-serving cookie,” a computer code that allows the tracking of Web surfing.

Alan Davidson, Google’s director of public policy and government affairs, stated in the letter that users could opt out of a single cookie for both DoubleClick and the Google content network. He also said that Google was not yet focusing on “behavioral” advertising, which depends on Web site tracking.

But on its official blog last week, Google touted how its recent $3.1 billion merger with DoubleClick provides advertisers “insight into the number of people who have seen an ad campaign,” as well as “how many users visited their sites after seeing an ad.”

“Google is slowly embracing a full-blown behavioral targeting over its vast network of services and sites,” said Jeffrey Chester, executive director of the Center for Digital Democracy. He said that Google, through its vast data collection and sophisticated data analysis tools, “knows more about consumers than practically anyone.”

Microsoft and Yahoo have disclosed that they engage in some form of behavioral targeting. Yahoo has said it will allow users to turn off targeted advertising on its Web sites; Microsoft has yet to respond to the committee.

More than a dozen of the 33 companies queried said they do not conduct targeted advertising based on consumers’ Internet activities. But, Chester said, a number of them engage in sophisticated interactive marketing. Advertisers on Comcast.net’s site, for instance, are able to target advertising based on “over 3 billion page views” from “15 million unique users.”