South by Southwest : Music to the Ears 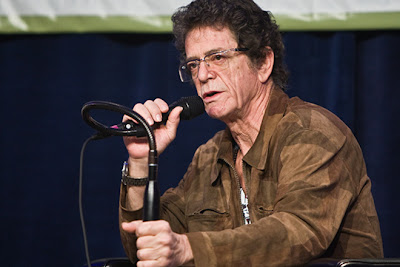 AUSTIN — “I don’t want to feel like I don’t have a future,” sang the Shout Out Louds, one of more than 1,700 bands that have been performing day and night at Austin’s clubs, halls, meeting rooms, parking lots and street corners since Wednesday.

The Shout Out Louds, from Stockholm, were singing about a romance, but they could have been speaking for thousands of people attending the 22nd annual South by Southwest Music Festival. It is America’s most important music convention, particularly for rising bands, gathering a critical mass of musicians and their supporters and exploiters from the United States and across the world. While major labels have a low profile at this year’s gathering, other corporations are highly visible, using sponsorships to latch on to music as a draw and as a symbol of cool.

Southwest is a talent showcase and a schmoozathon, a citywide barbecue party and a brainstorming session for a business that has been radically shaken and stirred by the Internet. For established recording companies, the instantaneous and often unpaid distribution of music online is business hell; CD album sales are on an accelerating slide, and sales of downloads aren’t making up for the losses. But for listeners, as well as for musicians who mostly want a chance to be heard, the digital era is fan heaven.

As major labels have shrunk in the 21st century, South by Southwest has nearly doubled in size, up to 12,500 people registered for this year’s convention, from 7,000 registered attendees in 2001, not including the band members performing. In an era of plummeting CD sales and short shelf lives even for current hit makers, the festival is full of people seeking ways to route their careers around what’s left of the major recording companies.

Sooner or later, public forums and private conversations at this year’s festival end up pondering how 21st-century musicians will be paid. For nearly all of them, it won’t be royalty checks rolling in from blockbuster albums. Musicians’ livelihoods will more likely be a crazy quilt of what their lawyers would call “alternative revenue streams”: touring, downloads, ringtones, T-shirts, sponsorships, Web site ads and song placements in soundtracks or commercials. Festival panels offer practical advice on all of them, for career-minded do-it-yourself-ers.

The key is to gain enough recognition to find an audience. Over its four days, SXSW, as the festival is called, is like MySpace moved to the physical realm: more music than anyone could possibly hear, freely available and clamoring to be heard.

Major labels used to help create stars through promotion and publicity, but their role has been shrinking. Multimillion-selling musicians who have fulfilled their major-label contracts — Radiohead, the Eagles, Nine Inch Nails — are deserting those companies, choosing to be free agents rather than assets for the system that made them famous.

Even a moderately well-known musician can reach fans without a middleman. Daniel Lanois, who has produced U2 and Bob Dylan and is also a guitarist and songwriter, noted during his set that he now sells his music directly online in high fidelity at the Web site redfloorrecords.com.

“We can record something at night, put it on the site for breakfast and have the money in the PayPal account by 5,” he said. “With all due respect for my very great friends who have come up in the record-company environment, it’s nice to see that technology has opened the doors to everybody.”

South by Southwest has insisted, ever since it started in 1987 as a gathering for independent and regional musicians, that major-label contracts have never been a musician’s only chance. Musicians who have had contracts are lucky if they recoup their advances through royalties. Lou Reed, who gave an onstage interview as a convention keynote, was terse about getting a label contract. “You have the Internet — what do you need it for?”

There’s never a shortage of eager musicians. Many bands drive cross-country by van or cross an ocean to perform an unpaid showcase at South By Southwest, and the most determined ones play not only their one festival slot but also half a dozen peripheral parties as well, hoping to be noticed. Sixth Street and Red River, two downtown streets lined with clubs, are mobbed with music-hopping pedestrians until last call.

Musicians make the trek even though discovering a local band from another town or another country is just a few clicks away. That spread of information opens new career paths, from tours stoked by blog buzz to recognition for a song tucked into a commercial or a soundtrack. South by Southwest draws like Ingrid Michaelson and Sia got big breaks through songs that appeared in television shows, while Yael Naim found an international audience through a MacBook Air commercial.

With music whizzing across the Internet, South by Southwest probably has fewer completely unknown so-called baby bands, but hundreds of more toddlers. They have unlikely allies now. If record labels can’t help them, corporations might. Few musicians worry about selling out to a sponsor; now it’s a career path. This year’s festival has brand-name sponsors everywhere, from Citigroup and Dell to wineries, social-networking Web sites and the chef Rachael Ray (who is the host of her own day party).

AUSTIN — It’s been almost four years since we’ve seen a proper R.E.M. studio album and it’s felt like a long time, even with last year’s live record to curb the hunger. And, frankly, the time span since the last really great R.E.M. record has felt even longer.

But if R.E.M.’s performance at Stubb’s for SXSW is any indication, the band seems to be be back in top form. “Seems to be” is important to note here because Michael Stipe and co. have always been an amazing live rock band, so judging their level of “back”-ness is hard because it’s easy to be sucked in to Stipe’s easy charisma and get swept away (the concert is available for streaming from NPR.org if you want to experience it for yourself).

That said, the new songs they played from their upcoming album Accelerate (out April 1) sound like classic R.E.M., but for the new millennium. In this clip from an interview with music site Mog, Stipe himself mentions that the band has been working better as a cohesive unit on the upcoming record and that level of tightness was definitely on stage at Stubb’s. This clip is the first of a few where the frontman discusses the new album, the rest are here.

Really what seems to be back with the new R.E.M. is their passion. During the set Stipe made quite a few references — in both words and song — to the state of the world, particularly the political climate in America. (New track “Houston,” for example, is a response to Barbara Bush’s comments following Hurricane Katrina. Stipe didn’t say which comments, but it wouldn’t be a stretch to say these were the ones.)

“I know Austin came out strong for Barack Obama and I want to salute you for that,” Stipe told the cheering crowd at Stubb’s, becoming the latest rock star to throw his weight behind the presidential hopeful.

Not everyone appreciates rock stars telling them who to vote for or how to feel about the issues, but you have to admit when a band like R.E.M. is excited about something the music is better. And one of the things that R.E.M. does best is have a message without sounding overly preachy, so the new fire in the belly could be a strong indicator of good things to come.

Surly Lou Reed admonished a fan when his cell phone rang during the rocker’s keynote speech at the South By Southwest Festival in Texas on Thursday.

The former Velvet Underground star, who inducted Leonard Cohen into the Rock and Roll Hall of Fame on Monday, lost his patience before a packed Austin Convention Center when he heard the ringtone.

He barked, “What does ‘Turn off your cell phone’ mean in Texas? Do you have to say it differently, like ‘Howdy?’ Shove it in a cow.” AP Photo/Jack Plunkett