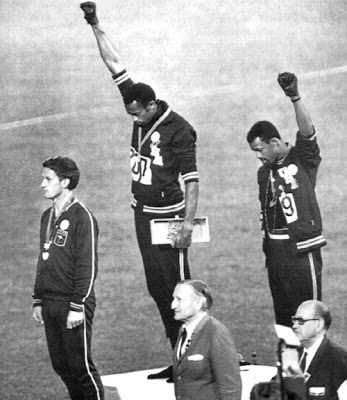 On September 21st, the day that Troy Davis was executed in Georgia, 200 very angry Howard University students pumped their fists in front of Barack Obama’s White House and chanted “No Justice, No Vote.” At that moment, I understood why an image from 1968 still resonates today.

It was 43 years ago this week when Tommie Smith and John Carlos raised their black-gloved fists on the Olympic Medal Stand and, along with supportive silver-medalist Peter Norman, created a moment seared for all-time in the American consciousness.

This week also marks the release of John Carlos’s autobiography, The John Carlos Story, which I co-wrote. When John asked me to write the book, I felt compelled to do it because I’ve long wondered, “why?” Not why did Smith and Carlos sacrifice fame, fortune, and glory in one medal-stand moment, but why that moment has stood the test of time.

Of course, much of the book details why John Carlos took his stand. It was 1968. Dr. King had been assassinated. The Black freedom struggle had become a fixture of American life. In the world of Olympic sports, apartheid South Africa and Rhodesia were regulars at the games. There were scant black coaches. Avery Brundage, an avowed white supremacist, ran the International Olympic Committee.

John Carlos in particular, in the 1960s, went from being a Harlem high school track star — walking down the street talking both smack and politics with neighborhood regulars like Malcolm X and Adam Clayton Powell — to being a scholarship athlete at segregated East Texas State. The gap between his sense of himself as a man and going to the South and being treated like a boy drove him politically toward his medal stand moment.

The answer to “why do so many of us still care” was tougher to decipher. In 2010, I appeared on a panel on the history of sports and resistance with Carlos, after which a long line of young people born years — even decades — after 1968 patiently waited for his signature on everything from posters and t-shirts to hastily procured pieces of notebook paper. Why? And why have I seen street-corner merchants from Harlem to Johannesburg sell t-shirts emblazoned with that image?

The most obvious is that people love a good redemption song. Smith and Carlos have been proven correct by history. They were reviled for taking a stand and using the Olympic podium to do it. A young sportswriter named Brent Musberger called them “Black-skinned storm troopers.” But their “radical” demands have since proved to be prescient.

Today, the idea of standing up to apartheid South Africa, racism, and Avery Brundage seems a matter of common decency rather than radical rabble-rousing. After years of death threats, poverty, and being treated as pariahs in the world of athletics, Smith and Carlos attend ceremonial unveilings of statues erected in their honor. America, like no other country on earth, loves remarking on its own progress.

But it was the Howard students, chanting, “No Justice, No Vote” to an African American President on the night of a Georgia execution, who truly unveiled for me why the image of black-gloved fists thrust in the air has retained its power. Smith and Carlos sacrificed privilege and glory, fame and fortune, for a larger cause.

Carlos’ attitude resonates because for all the blather about us living in a “post-racial society,” there are reservoirs of anger about the realities of racism in the United States. The latest poverty statistics show that the black poverty rate of 27.4% is nearly double the overall U.S. rate. Black children living in poverty has reached 39.1 percent. Then there’s the criminal justice system, where 33% of African American men are either in jail or on parole.

The image of Carlos and Smith evokes a degree of principle, fearlessness, and freedom that I believe many people find sorely lacking today. They stood at the Olympics unencumbered by doubt, as brazenly Free Men. We are still grappling with the fact that they had to do it and the fact that it still needs to be done.

[Dave Zirin is the author of The John Carlos Story (Haymarket) and just made the new documentary Not Just a Game. Receive his column every week by emailing dave@edgeofsports.com. Contact him at edgeofsports@gmail.com This article was also posted at The Nation blogs. Read more articles by Dave Zirin on The Rag Blog.] 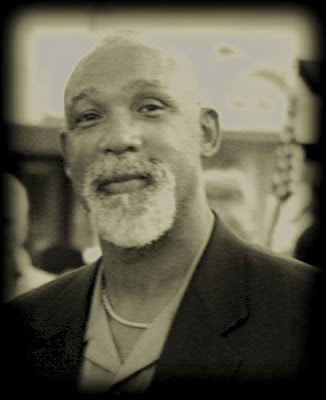 1 Response to SPORT / Dave Zirin : John Carlos and the Moment That Still Matters