Stefan Wray : Austin Formula One is Shrouded in Secrecy 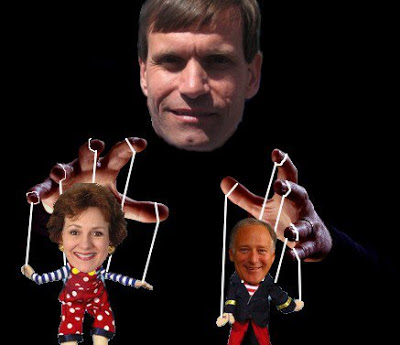 AUSTIN — The announcement of the proposed Formula One racetrack location in Austin does not erase the fact that much remains shrouded in secrecy and the project continues to move forward without any real public input or involvement in the process.

Tavo Hellmund, Austin’s Formula One promoter, has done a fantastic job of keeping the project out of public view and away from any opportunity for genuine community engagement and input in decision-making.

Mr. Hellmund kept the project under wraps for at least three years before news broke in May 2010 that he had struck a deal with the don of Formula One, Bernie Ecclestone. In the intervening two months information about the project has come out in fits and starts leaving proponents, detractors, and the media all wondering about the next move.

Even though we have a better idea of where the racetrack will be, there are still a lot of unknowns. The unwillingness on the part of Texas government leaders, such as Governor Rick Perry, Comptroller Susan Combs, and State Senator Kirk Watson, to reveal details of their dealings with Mr. Hellmund exemplifies the lack of transparency with Austin’s Formula One plan.

What is possible to know must be gleaned from media accounts and the public record of the Texas State Legislature. Part of the back story of how Texas, and more so Austin, entered the spotlight of the international racing community — and raised the ire of a spectrum of Austinites — is summarized in a July 21 ESPN F1 profile of Mr. Hellmund called “Grand Ambition.”

In 2004 the government in Texas passed a bill to make available a fund to attract major events, such as the Superbowl, World Cup and Olympics to the state. Hellmund noticed that although it wasn’t an applicable event, F1 was the only global motorsport which would fit into this category. Hellmund says that he met with his local senator two and a half years ago and applied for F1 to be included. He got what he wanted and this made available up to $25m for every year of Hellmund’s contract.

The international readership of the ESPN F1 story probably doesn’t care about the “local senator” that Mr. Hellmund met with two and a half years ago — in early 2008. But it is obvious to anyone from Central Texas that this article is referring to Austin’s State Senator Kirk Watson.

Yet we still know little else about Mr. Hellmund’s meeting with Sen. Watson or other state leaders over the past years. The Austin American Statesman’s Eric Dexheimer wrote about the unwillingness of Texas officials to disclose information about their efforts to bring Formula One to Austin. Dexheimer said legislative staff “invoked the deliberative process exemption to shield F1-related documents from the office of state Sen. Kirk Watson.” Gov. Perry’s and Comptroller Combs’ staff similarly refused to grant some of the Statesman’s public information requests.

We are, however, not completely in the dark. Much of the record of the Texas State Legislature is available online where it is possible to read the daily record of the House and Senate, as well as committee agendas and minutes, and even watch archival video.

A careful study of the legislative process in 2009 that brought SB 1515 and its companion bill HB 2437 to fruition — the legislation that allows Mr. Hellmund his annual entitlement of $25 million for 10 years from the major event trust fund administered through the Comptroller’s Office — is actually rather disappointing.

The review reveals that throughout the entire process the words “Formula One” were verbally mentioned only two times on the record. And in the respective committees in the Senate and House where the bills were discussed only two people from Austin ever testified.

Neither Mr. Wood nor Mr. Hoyt ever mentioned Formula One in their testimony.
They were at the hearings to more broadly support the Comptroller’s Office driven bills and to answer questions. They weren’t asked about Formula One.

These committee hearings could have been opportunities to discuss the value, or lack thereof, of encouraging and helping to fund with public money an event that contributes to air pollution and focuses on carbon-burning machines, unlike the other sports events that have genuine athletes. Other environmental, social, or cultural questions could have been raised. But nothing like this transpired.

When Sen. Watson introduced his bill to the Senate committee on March 23, 2009, all he said was,

It expands the list of eligible major events, which already includes things like the Super Bowl and Final Four, to include Formula One auto races. But let me emphasize that this bill in no way assures that Texas would win or even be involved in a bid to host a Formula One race, but it would allow for that.

Mr. Wood appeared as a resource witness at that March 23rd hearing. He only answered a few general questions from the chair about the initial revenue source and how the fund would be used. Other witnesses that signed up in favor of the bill, but who did not testify, were from Dallas, Fort Worth, Houston, and San Antonio.

The same Senate committee held another public hearing on March 30, 2009. This time it was a routine matter of approving a committee substitute for SB 1515 and passing it out of committee on a vote of 3-1 to the full Senate. Again, Mr. Wood was a resource witness, but this time he did not testify.

Again, at that hearing, Formula One was glossed over and mentioned once in passing. Rep. McCall laid out his bill and said,

It makes some technical changes in how the programs will be administered. It changes the names of the events. It opens the length of time over which the Comptroller gauges the incremental tax increases. It expands the list of eligible major events, which already include events like the Super Bowl and the Final Four, to include things like Formula One auto racing.

This committee spent 22 minutes on the bill. There were only a few witnesses testifying in favor, including, once again, Mr. Wood and Mr. Hoyt from Austin. Rep. Strama spent a considerable amount of time asking questions to better understand how the major events trust fund would actually work. He had questions about how to measure the economic impact and about the incremental tax increase. Neither Rep. Strama, nor Rep. Rodriguez asked any questions about Formula One.

The House committee met again on April 16, 2009 and passed a committee substitute for HB 2437 with a vote of 8-0, sending the bill to the full House. Austin’s Strama and Rodriguez were two of the eight.

From that point on, SB 1515 and HB 2437 sailed through the Texas legislature. The only actual objection noted in the Senate record was a procedural one from Sen. Wentworth when Sen. Watson asked to suspend the rules and go directly from second reading to third reading of the bill.

Wentworth said in the Senate:

I cast a “No” vote on the procedural motion to suspend the Constitutional Rule requiring that bills be read on three several days in order to take up and consider CSSBi1515, because in my judgment no circumstance exists in this case to justify the extraordinary act of suspending a requirement of the Texas Constitution.

So that’s it. That’s the extent of the treatment of Formula One in the 2009 Texas Legislature. By no stretch of the imagination can anyone argue that there was deliberation of whether to include Formula One in the bills. On the record the words “Formula One” were uttered twice. And the only two people from Austin who appeared before the hearings were there on behalf of the State of Texas, not on behalf of Austin.

It is important to drive home the fact that these legislative hearings last year have been the only moments so far when Formula One was a matter, scant that it was, before any type of governmental or deliberative body. To date the question of Formula One has not been taken up by Austin’s City Council, by any Council subcommittee, by any board, or commission, or any other governmental entity.

We, the people of Austin, have had zero input in any of the decisions surrounding this Formula One racetrack deal. This is wrong. For a project of this magnitude dependent on such a large amount of public money, there should be a public process.

By most accounts, Comptroller Susan Combs, a Republican, is the elected state official who has been the most aggressive about pushing Mr. Hellmund’s agenda of bringing Formula One to Austin.

Austin Democrats, however, are partly to blame for our situation. They let Formula One slide through without a fight and without alerting their constituents that it was even happening. It was Sen. Watson’s bill in the Senate and Rep. Strama’s committee in the House along with committee member Rep. Rodriguez, plus the co-authorship from Rep. Dukes that together helped get this legislation passed.

In retrospect, if the Austin legislative delegation had been aware of some of the questions now being raised, such as the environmental issues put forth by Austin Sierra Club Chair Chris Lehman, then Formula One’s inclusion in the major events fund might not have slid through so easily.

It is not too late to make amends. Austin Democrats should look for a solution. Maybe it is time for Austin’s legislative leaders, in cooperation with local governmental leaders, to step forward and open a public process in order to conduct a serious inquiry into the question of whether a Formula One racetrack is something Austin really needs.

6 Responses to Stefan Wray : Austin Formula One is Shrouded in Secrecy