Stephen Payne : Hotshot Lobbyist Can Get You Into White House 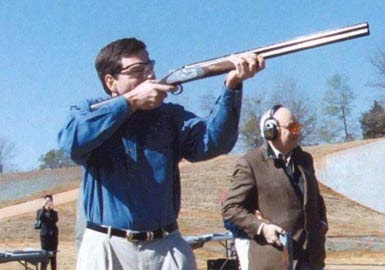 A lobbyist with close ties to the White House is offering access to key figures in George W Bush’s administration in return for six-figure donations to the private library being set up to commemorate Bush’s presidency.

Stephen Payne, who claims to have raised more than $1m for the president’s Republican party in recent years, said he would arrange meetings with Dick Cheney, the vice-president, Condoleezza Rice, the secretary of state, and other senior officials in return for a payment of $250,000 (£126,000) towards the library in Texas.

Payne, who has accompanied Bush and Cheney on several foreign trips, also said he would try to secure a meeting with the president himself.

The revelation confirms long-held suspicions that favours are being offered in return for donations to the libraries which outgoing presidents set up to house their archives and safeguard their political legacies.

Unlike campaign donations, there is no requirement to disclose the donors to the libraries, no limit on the amount that can be pledged and no restrictions on foreigners contributing.

During an undercover investigation by The Sunday Times, Payne was asked to arrange meetings in Washington for an exiled former central Asian president. He outlined the cost of facilitating such access.

“The exact budget I will come up with, but it will be somewhere between $600,000 and $750,000, with about a third of it going directly to the Bush library,” said Payne, who sits on the US homeland security advisory council.

He said initially that the “family” of the Asian politician should make the donation. He later added that if all the money was paid to him he would make the payment to the Bush library. Publicly, it would appear to have been made in the politician’s name “unless he wants to be anonymous for some reason”.

Payne said the balance of the $750,000 would go to his own lobbying company, Worldwide Strategic Partners (WSP).

Asked by an undercover reporter who the politician would be able to meet for that price, Payne said: “Cheney’s possible, definitely the national security adviser [Stephen Hadley], definitely either Dr Rice or . . . I think a meeting with Dr Rice or the deputy secretary [John Negroponte] is possible . . .

“The main thing is that he [the Asian politician] comes, and he’s well received, that he meets with high-level people . . . and we send positive statements made back from the administration about ‘This guy wasn’t such a bad guy, many people have done worse’.”

Payne said that he would use the services of Mark Pritchard, a Conservative MP who chairs the House of Commons all-party Russia group and was last week on the brink of signing as a paid “adviser” to WSP. Pritchard issued a statement saying that he had not done any work for WSP.

When confronted, Payne said that there would be “no quid pro quo” for any donation and added that his firm was “always above board”.

The White House said it would not be influenced by such donations.