Steve Benen : Some of Texas Republicans’ Best Friends Are Jewish 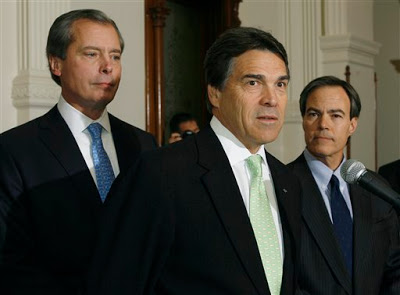 Ordinarily, who gets elected Speaker of the Texas state House would only be of interest to those in Texas. But the current dispute in Austin has a larger significance.

So what makes this noteworthy? Straus is Jewish, and some far-right activists in Texas have a problem with that.

A few weeks ago, a coalition of Tea Party and right-wing Republican groups began lobbying for Paxton to replace Straus, with coalition activists circulating anti-Semitic emails. The message from conservatives was that the GOP state House needed a “Christian conservative” leader.

This week, The Texas Observer reported on an email exchange between two members of the State Republican Executive Committee, which governs state GOP affairs. One of the two party leaders, John Cook, insisted in a message, “We elected a house with Christian, conservative values. We now want a true Christian, conservative running it.”

The Observer‘s Abby Rapoport connected with Cook to ask about his efforts to replace the current state House Speaker.

Ah, I see. It’s not “about Jews,” it’s just that Cook doesn’t think Jews can do the job well because they’re Jews.

He added that he prefers Christian candidates, but isn’t anti-Semitic. “They’re some of my best friends,” he said of Jews, naming two friends of his.

Someday, folks will have to understand that “some of my best friends are [fill in the blank with a minority group]” is a cliche repeated by bigots. I would have hoped that was obvious by now.

As for the bigger picture, I’m inclined to consider this yet another setback in the Republican Party’s minority outreach efforts

[Steve Benen is a contributor to the Washington Monthly and is “blogger-in-chief” of that publication’s online Political Animal, where this article first appeared. It was distributed by AlterNet.]

1 Response to Steve Benen : Some of Texas Republicans’ Best Friends Are Jewish