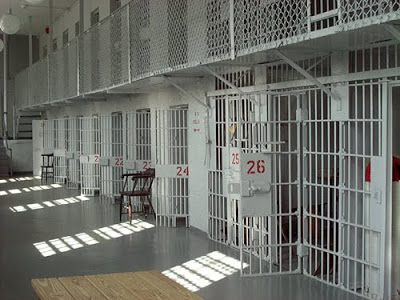 In memory of Jay Spotted Elk

It became possible to prove that Jay Spotted Elk’s last night on earth was not unusual in the history of Sheridan County, Nebraska.

An Indian hanging himself in the drunk tank is seldom big news in Indian country except to his relatives. When Jay Spotted Elk hung himself while facing misdemeanor charges in Sheridan County, Nebraska, his mother decided not to stand for it. Arlyn Eastman/Broken Nose sued the county and several individuals who might have been able to prevent the suicide if they had been properly trained and motivated.

Any lawsuit is difficult, and this one much more so. In the wake of the civil rights movement, there was a time when the courts seemed generally sympathetic to claims by the powerless against the powerful. As a result, the Republican Party took on the reorientation of the federal courts as a project that continues to this day.

This year saw the racial attacks on Sonia Sotomayor and the recent hearing on the appointment of Elena Kagan that left the Republicans on the Judiciary Committee praising Kagan’s qualifications and personality while still resolved to vote against her (excepting Lindsey Graham, who seems to find good government more important than party discipline).

In all GOP administrations since Nixon, most nominees have been very young and very conservative. Young because federal judgeships are lifetime appointments and conservative to get the law back into what they choose to call the mainstream, where you can tell the winners largely by race and by class.

At this time, as at the beginning of the Clinton administration, there are no American Indians serving on federal courts, which is where Indian interests are normally adjudicated. As bad, the influx of judges with a political agenda has had approximately 40 years to work its magic, since the Democrats in power during that time have been centrists who would correctly claim that stacking courts is bad government and refrain from fighting fire with fire.

I was educated in the legal landscape peopled by Thurgood Marshall (demonized in the first day of the Kagan hearings), William O. Douglas, William Brennan, and judges like Hugo Black, who wrote the words that Indian lawyers call the all-purpose Indian law dissent: “Great nations, like great men, should keep their word.” I doubt that I would have become a lawyer had Thurgood Marshall not existed and I was reluctant to wash my hand again after William O. Douglas shook it.

In modern times, the “liberals” are conservative appointees who were enlightened by their experiences on the court like Harry Blackmun or David Souter. The “center” has been moved by political calculation. As a result, people without power have a set of problems that go far beyond the fact that they often don’t know lawyers and that lawsuits cost a lot of money.

Should she find a lawyer to work on a “contingent fee” (no pay unless you win), Spotted Elk’s mother would have to contend with the social fact of suing a local government (the law enforcement part, no less) and with the legal fact that if there is one class of litigants that has less success than American Indians it would have to be prisoners.

The courts, since the heyday of civil rights lawsuits, have made it harder to sue local governments for damages. It’s not enough that law enforcement officers violate your rights and they work for the city or the county you want to sue. To hold the local government responsible, you must prove that they did or failed to do something in particular. Most common is a failure to properly train or supervise the officers, but this has to be a pattern. One bad outcome is not enough, even if somebody is killed.

The lawyer who took on this case, Maren Chaloupka, hit a mother lode of evidence that was good for the lawsuit but bad for the Indian community in Nebraska:

When nothing was done in the face of all this, it was bad for the Indians who might be in the jail from time to time but it made proving that the county had failed to take suicide precautions the proverbial slam dunk.

It became possible to prove that Jay Spotted Elk’s last night on earth was not unusual in the history of Sheridan County, Nebraska. According to a report in the Scottsbluff Star-Herald, Spotted Elk threatened suicide before he even got to the jail. Yet his belt was not removed and he was not closely watched.

In these rare cases when there’s a good chance of prevailing in a trial, there comes a time when you know why the lawsuit was filed. Everybody knows that going to trial is a crapshoot, but there is something to negotiate about if the lawyer on the other side is sane. If the case settles, that’s when you learn why the case was brought.

Chaloupka, of Scottsbluff and her co-counsel, Robin Zephier of the Abourezk Law Firm in Rapid City, got $100,000 paid to Jay Spotted Elk’s estate, managed by his mother. If that was all, it would be better than not placing any cost on Indian lives, but it is unlikely that I would be writing about it. The rest of the settlement requires the county to:

This is what civil rights lawyers can do now and then even when the courts are so stacked against them, and local officials would plainly not care to spend money protecting Indians if they had a choice. In this case, we won’t know exactly whose life was saved but it is safe to say that saving lives will be the result. It’s for that result we should remember the life of Jay Spotted Elk.

[Steve Russell, Cherokee Nation of Oklahoma, lives in Sun City, Texas, near Austin. He is a Texas trial court judge by assignment and associate professor emeritus of criminal justice at Indiana University-Bloomington. Steve was an activist in Austin in the Sixties and Seventies, and wrote for Austin’s underground paper, The Rag. Steve is also a columnist for Indian Country Today, where this article first appeared. He can be reached at swrussel@indiana.edu.]

2 Responses to Steve Russell : In Memory of Jay Spotted Elk